Holy Humbrol, Batman! - or A Whiter Shade of Pale (Grey) 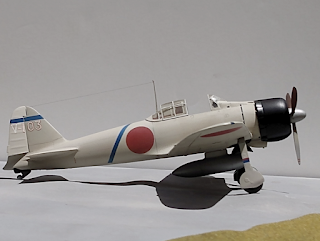 Aviation of Japan's Texas correspondent Mark Smith has very kindly contributed his remembrance of building the classic Tamiya 1/48 scale Mitsubishi A6M2 Model 21 kit of 1973 with its mei hai hakushoku (明灰白色) - light/bright ash white colour following the convention of the time. Sadly the ameiro wars are still with us but more happily the adage 'It's your model!' prevails and whether butternut or whitewash battledress is chosen a Zero model is a Zero for all that. And in this case a very fine model which belies its 40 odd years of survival. Over to Mark then: 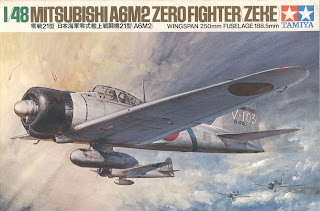 'The Tamiya 1/48 scale A6M2 Model 21 Zero released in 1973 was a real revelation for its day.  It would be over twenty years before Hasegawa attempted  a better one, and even then . . . not by much.   I remember how much I enjoyed making it, and especially trying to re-create the cockpit.  This happened after college, when life had settled down and I’d just returned to model-building.  The wonderful Monogram T-6 had lured me back around 1978; I could build it as an SNJ in Navy Yellow, and make it as a gift to my Dad.  Halfway through that build, though, I was already itching to get started on that Tamiya Zero.  The particular subject was never in doubt, having (probably like every other reader of this blog) read 'Samurai' by Saburo Sakai in high school, and then there was that dramatic box art of V-103 (shown above) straining at the leash among its Tainan Ku brothers-in-arms - still inspiring. 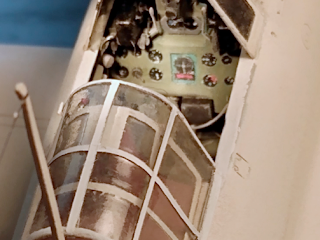 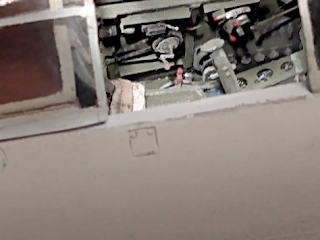 'Most of the extra work invested in this model was inspired by Japanese Cockpit Interiors Part 1 by Bob Mikesh (Monogram Close-Up 14, Monogram Aviation Publications, 1976) and a couple of Bunrin-do FAOW (Famous Aircraft of the World) titles on the Zero.  This was 1979, and resin and photoetch details for models weren’t on the horizon yet.  The Tamiya cockpit detail was very good to start with; a few items I added look better for the need to make them from scratch, but most look crude by comparison with what is available now – or for that matter, what Tamiya provides the modeler in the box with their newer tool 1/48 Zeros. 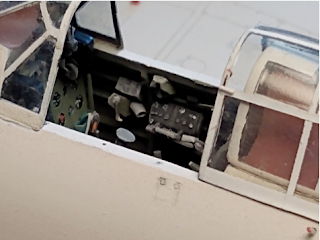 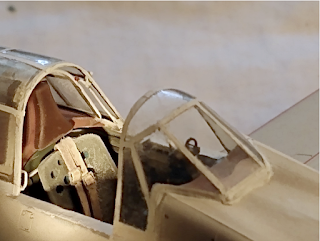 'I’ve also moved seven times since building this model.  Things got gradually crooked or missing, and I was better at building them than repairing them.  (Aileron mass balances?  Uh, V-103 didn’t have those – or it doesn’t anymore).  Well, none of us liked (or will) turning forty.  Also, even models ‘protected’ against dust all their lives . . . weren’t.  It had suffered for my insistence then on a flat finish, which besides absorbing the dust has betrayed the fuselage seams, as the putty I had depended on then expanded, shrank, or cracked.  Somehow, though, the original sprue aerial for the antenna made it through all those moves. 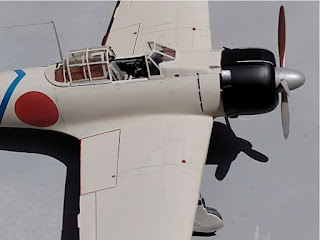 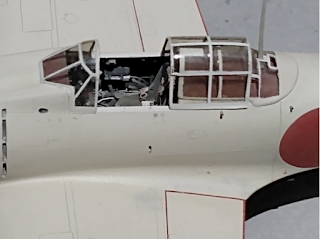 'This was the first model I airbrushed, and for dedicated Japanese colors, there were a few Humbrol and Pactra paints; I used Humbrol A/N2 from their Authentics range for the overall colour.  For you youngsters A/N meant Army and Navy.  I don’t remember the Pactra Authentic paint being much different. As the next couple of decades unfolded, it would take a lot to convince me – a lot of everything: time, rationale, photographs, arguments, common sense, colorimetry, relics - how different the familiar Humbrol and Pactra shades were from IJN standards and factory applications. To be fair, though, it was like trying to convince a man raised on the Texas Plains that the earth is round.  The late Jim Lansdale’s work on j.aircraft.com, and the Japanese researchers whose work he presented, was so well-documented and wide-ranging that it couldn’t be dismissed.   This blog was a big help in further explaining early Zero colors, subsequently well presented in Nick's 2010 pdf 'Painting the Early Zero-Sen: A Primer for Modellers & Artists'* and his 2017 Guideline Publications Combat Colours 9: 'The Mitsubishi Zero'. 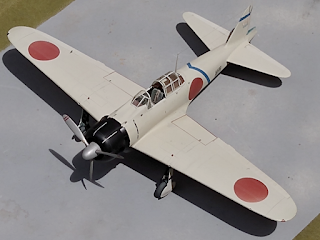 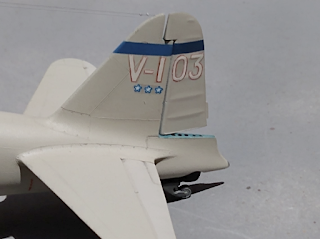 'Several years ago I heard that Nick was looking for tins of Humbrol A/N2. As paint, the Humbrol was superb then, and regardless of changing paradigms, I wish I still had some as well.  This is all I have left of mine, though, besides what is on the bottom of a Mania B5N2 Kate.  So I’m resurrecting it in these images, if a few years late.  At least the cockpit colour is close! 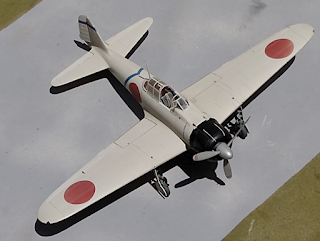 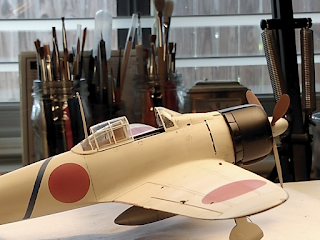 Above, in its natural habitat - incandescent light

'This blog is also a place where old models are still welcome, however, and where no kit is discounted because it might have been supplanted by a slightly better one.  More than forty years on, this one is still very much worth buying and building, and a bargain to boot.  But please, Mr. Tamiya . . . doesn’t that sparkling new 1/48 P-38 kit need a new-tool Model 21 counterpart?' 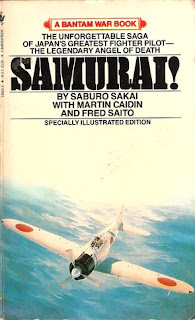 With special thanks to Mark for this trip down memory lane - with excellent visual aids - and I wholeheartedly endorse his comment about old kits being welcome. I used the Pactra IJ21 Grey paint on the first Hasegawa Zero model I built - from their first generation 1/72 kit. It is slightly lighter than Humbrol's HJ2 Grey but both were matched to the A/N.2 grey in the 1964 IPMS 'Color Guide for Japanese Aircraft 1941-45'.  The whiteness of the colour surprised me but accorded with most of the depictions available then including the evocative Keith Ferris painting - 'Wounded Samurai' - which adorned the Ballantine Bantam books 'Samurai!' paperback cover in 1977. Somewhat surprisingly both paints measure as Munsell Yellows - albeit of very low saturation - and are not pure neutral greys of black and white only. The compiler of the IPMS guide Charles "Chuck" Graham had based them on artifacts assumed to be from IJN aircraft in junk piles at or around Chinhai, Korea during 1946-47 so they probably represented faded or chalked examples of the original paint. To match the HJ2 paint which is no longer in the Humbrol range requires mixing 94 (!) drops of 34 Matt White with five parts of 27 Matt Sea Grey and one part 186 Matt Brown. With foresight Humbrol's Deck Bleached Teak from their Naval Vessels set might have been a better choice but that is no longer part of the range either! The original issue of the Tamiya 1/48 kit preceded their own paint range - at least the instructions simply called out 'light grey' and did not give a hobby paint reference.

* Now expanded to 43 pages with additional information and available to previously registered purchasers free of charge. A Nakajima supplement is in progress and will be available shortly.