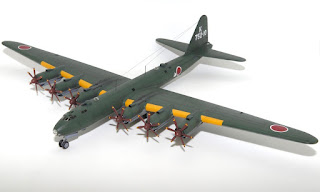 Alexander Sibirev's splendid and impressive build of the Fujimi 1/144 Nakajima G10N Fugaku (Mount Fuji) kit, photographed by Pavel Bruk, has been kindly shared with Aviation of Japan via Dmitry Korolkov. Thanks to all of them for this visual feast but those with an aversion to "what if" splendour should look away now or hide behind the sofa. 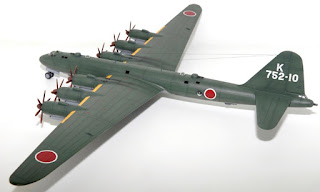 The model is painted and finished to represent an aircraft of 752 Kokutai at Kanoya airfield in 1945, using acrylic paints from the Vallejo Model Air standard range:- 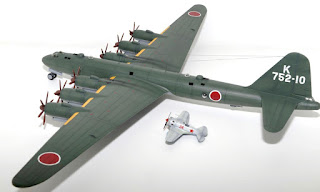 The clear parts were improved with a coating of Future. The size of the model - and projected aircraft - is indicated by the 1/144 I-16 model in the image above. The kit is larger than some 1/72 bombers. 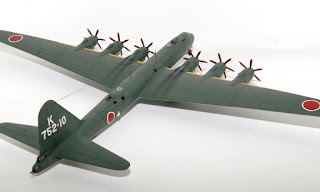 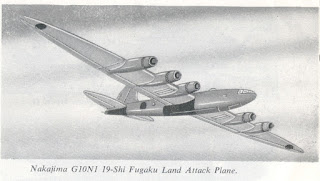 Fujimi's model appears to be based on a Shorzoe Abe illustration (above) reproduced in Richard  M Bueschel's seminal 1959 series of articles on Japanese Navy Aircraft 1940-45, which credited an impressive list of Japanese contributors, including those from the wartime aviation industries and services. The aircraft was described as being based on a Nakajima private venture for a joint Army-Navy "Project Z" long range bomber. According to the article the design was extensively tested in wind tunnels and accepted for production, with scale model testing completed and production jigs under construction when the war ended. 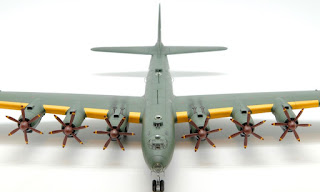 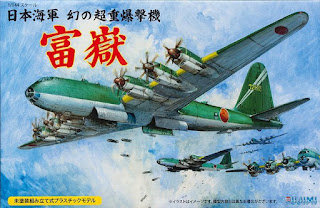 With special thanks to Alexander, Pavel and Dmitry for these images of the model. 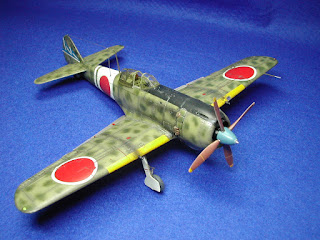 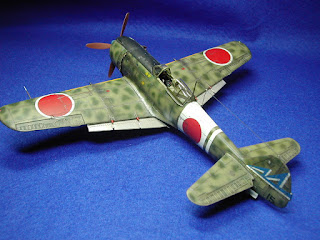 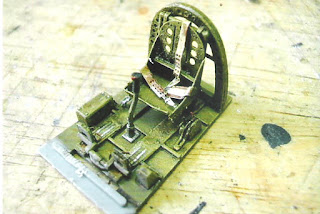 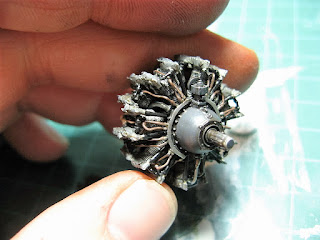 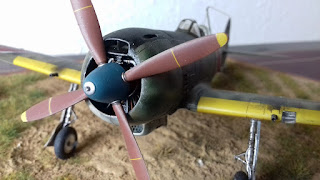 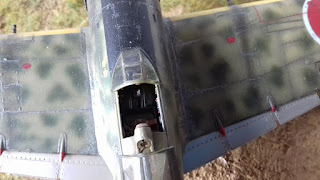 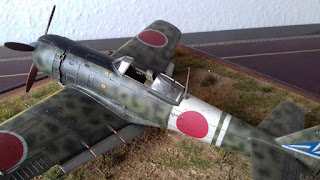