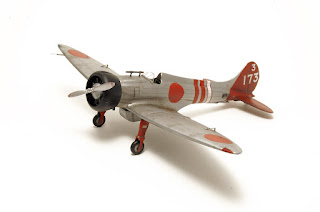 This splendid looking Mitsubishi A5M1 was made by Zbyszek Malicki ('Zegeye') using the 1/72 AVI Models kit. He describes it as a short run kit with all the features of being short run but overall not bad. The plastic is rather soft, the internal details of the cockpit not very sharp and the kit needing some filler here and there. 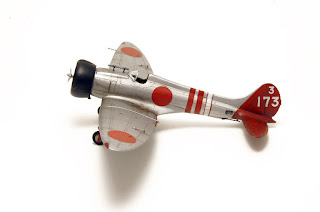 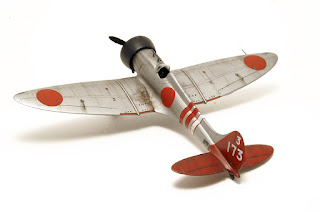 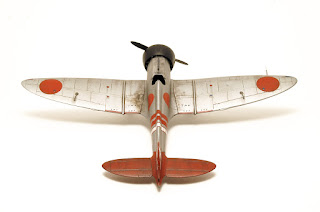 Zbyszek added some details with Plastruct rod and fabricated the exhaust pipes from scratch as they are not included in the kit. He added a Yahu instrument panel which is almost invisible in the finished model. The model was painted with Gunze paints. All the markings were painted except for the tail code and small stencils which are the kit decals. The decals are very soft and thin, and must be applied gently. Zbyszek recommends not using any softener before the decals are in place and dry. He used SOL softener after the water on the model had evaporated, and from habit rather than a need. The decals seal very well without it. 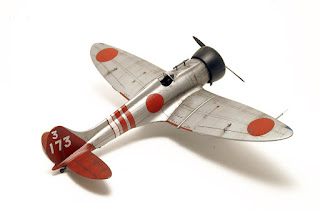 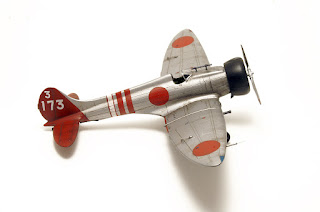 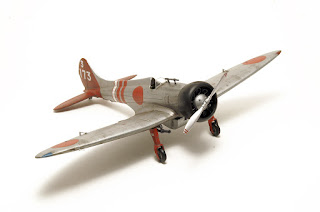 It represents the aircraft of an unknown 12 Kokutai buntaicho in late 1937. 12 Ku's fighter hikotai re-equipped with the A5M during October and November 1937, operating from the newly captured airfield of Dajiaochang (which the Japanese called Daikojo) at Nanking (now Nanjing) from December of that year. Prior to re-equipment 12 Ku had operated the A4N from the airfield established by the Japanese on the golf course at the Kunda Textile Factory in Shanghai, on air defence and ground support sorties due to the limited range of that aircraft. 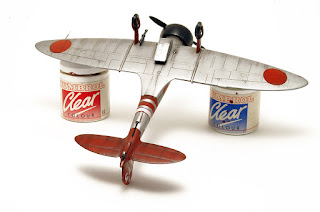 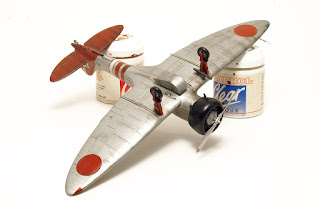 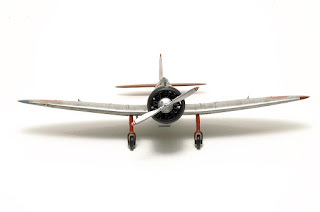 This was the type of early A5M which featured - as models, no cgi then - in the 1977 Chinese movie 'Heroes of the Eastern Skies' (筧橋英烈傳). 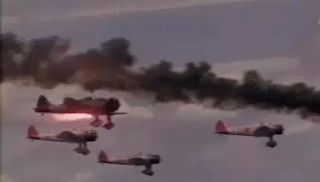 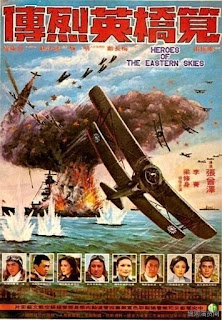 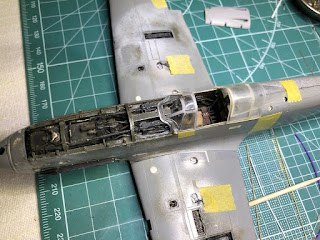 At Tets Research Institute (reported here in June 2017 and March this year) Tetsuya Inoue has continued his awesome, painstaking and ultra-realistic 1/48 scale model engineering project with an update (and additional images) here. Tetsuya's work in recreating the propeller hub assembly (below) has to be seen to be believed. 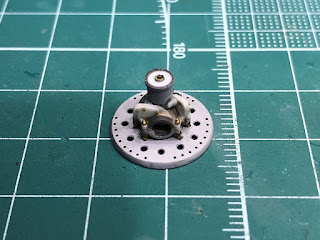 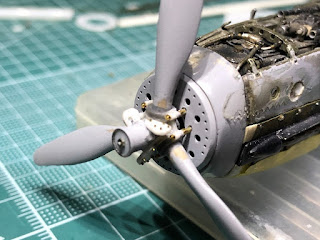 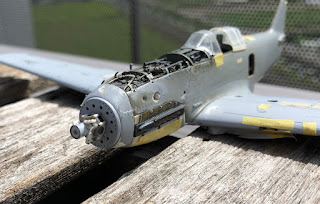 Truly outstanding work.  With thanks to Tetsuya for sharing it with Aviation of Japan.