Do please visit Replica in Scale, a very nice blog by Phillip Friddell the former creator of that pioneering magazine. It is a very full and eclectic mix of aircraft modelling and real aircraft history, including Japanese subjects, presented in a very engaging and friendly way with plenty of good humour. Highly recommended.

Tricky one this. When does orange become yellow or yellow become orange? The IJN colour specified for training and experimental aircraft in Air HQ Directive 8777 of 29th December 1938 (Renshu-ki Kitai Gaimen Toshoku ni kasuru ken - External Airframe Color for Trainers) was described as tou ou shoku (橙黄色 - orange yellow colour). This can also be expressed as ou tou shoku (黄橙色 - yellow orange colour) - an insignificant semantic difference perhaps. But a veteran quoted by Koruso-san in his article 'The Color of Zero Trainers' describes the colour as “reddish orange” with no mention of yellow - although I do not know what exact Japanese term he used for this.
On 15th September 1942 the Army and Navy Central Agreement (Riku-kaigun Chuo Kyotei) specified that “Training and experimental aircraft should be painted in yellow wherever conditions permit”. The term used for "yellow" was ou shoku (黄色 literally yellow colour) but whether this represented any actual change in the colour to compromise with more yellowish paint colours used on Army trainers is unknown. The evidence suggests that the problem of orange vs yellow perception extended to Army trainers too. To many modellers it seems that the distinction between IJN and JAAF colours remains obscure - they are all too often seen simply as "Japanese colours" and many "consensus conventions" (or "chinwags") are applied. The September 1942 specification remained in effect until a directive on 3rd July 1943 which required that the upper surfaces of all aircraft were to be camouflaged (another story).
C2 is close to Munsell 7.5 YR 7/14 and in Methuen terms close to 5B8 (but a little brighter). That is categorised by Methuen simply as “orange” but many people, comparing it to a more reddish orange might describe it as “orange yellow” or even “deep yellow”.  This difficulty in visualisation extends to Japanese aircraft kits where there is a similar inconsistency in the degree of red or yellow perceived in the orange. For example, Fujimi’s B7A1 prototype describes the paint colour to be used as GSI Creos (Gunze) H24 “orange yellow” - オレンジイェロー  (oranjikaiero) or 黄橙 (ou tou - orange yellow)  plus H3 “red” (without stating how much red). It is molded in an orange plastic close to Methuen 6A8 (“dark or deep orange”) but it is still a slightly yellower orange than the plastic used for the same company’s D4Y3 prototype. That is suggested to be painted using just H14 orange (オレンジ or  橙). Even so, neither is as reddish as Methuen 7A8 (“reddish orange”), although the difference is subtle indeed.
The Arii (ex-LS) K5Y1, the archetypal “Aka-tombo” biplane trainer, is, as one might expect. molded in a plastic colour much closer to Methuen 7A8 but the instructions suggest painting it with GSI Creos (Gunze) H14/59 Orange (オレンジ) with no additional red. The various paint mixes, although not tried, imply quite a reddish orange rather than an orange yellow and might explain why so many models end up looking so reddish.
Compare Munsell 7.5 YR 7/14 (C2), similar to FS 13432 (FS category "yellow"), with the closest RAL values below (one of which has a Revell paint equivalent) and to RAL's pure orange (also with a Revell paint equivalent). Many modellers seem to tend more towards RAL 2004 type colours than 1037 or 1028 in their visualisation and that is often consistent with Japanese box art and other images. The constituent pigments of FS 13432 are fairly straightforward - titanium dioxide (white), molybdate orange (red shade), chrome yellow medium (red shade) and carbon black - but not a pure yellow.

Documentation reveals that C1, similar to FS 22544 (FS category "orange"), was intended to be used as a "hazard" colour, for example for propeller warning stripes, etc. FS 22544 is not an "easy" hue as its constituent pigments are both complex and subtle - titanium dioxide (white), benzimidazolone yellow, perylene vermilion, quinacridone magenta, chrome yellow (red shade) and carbon black (blue shade) all combining to give it that slightly pinkish appearance.
What to do about it?  Well, I got into deep orange trouble at one specialist forum when I attempted to draw distinctions between the colour descriptions orange-yellow and orange, never mind reddish orange, but the available artifact and colour photographic references point to colours of similar appearance to the Kariki 117 'C' series chips - which incidentally are grouped generically as yellow (黄色 - ki iro) and which I would describe as strong yellows or perhaps orange yellows. But this is very much about personal perception rather than measured paint, even when it comes to the memories of veterans and one man's yellow might be another man's orange  - and vice versa. To me (and to Methuen) orange per se is something more like RAL 2004. Although C1 is similar to FS 22544 which is categorised as "orange" in FS 595B an examination of the deck will reveal that it something of a hybrid, being grouped with predominantly yellow colours, whereas the predominantly "orange" colours on page 2 are quite different in appearance.
Post blog note:- I do like originality, so please check out this very informative and timely blog at Arawasi on exactly the same subject (!).
Image credits: rendered colour chips © 2012 Straggler
Posted by Straggler 脱走兵 at 14:35 3 comments: 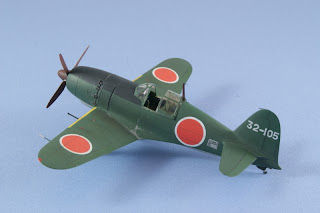 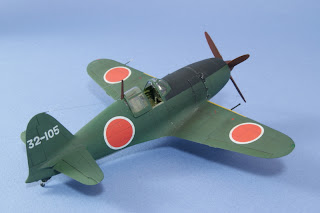 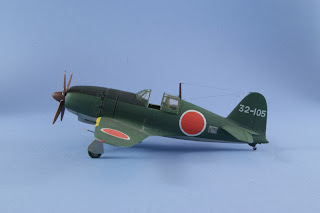 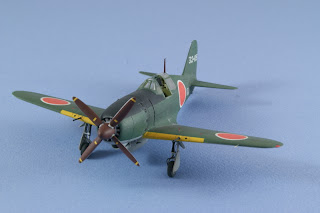 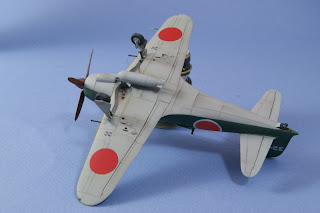 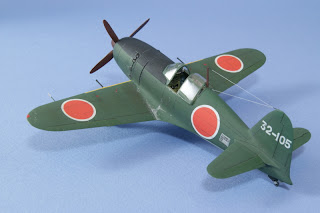