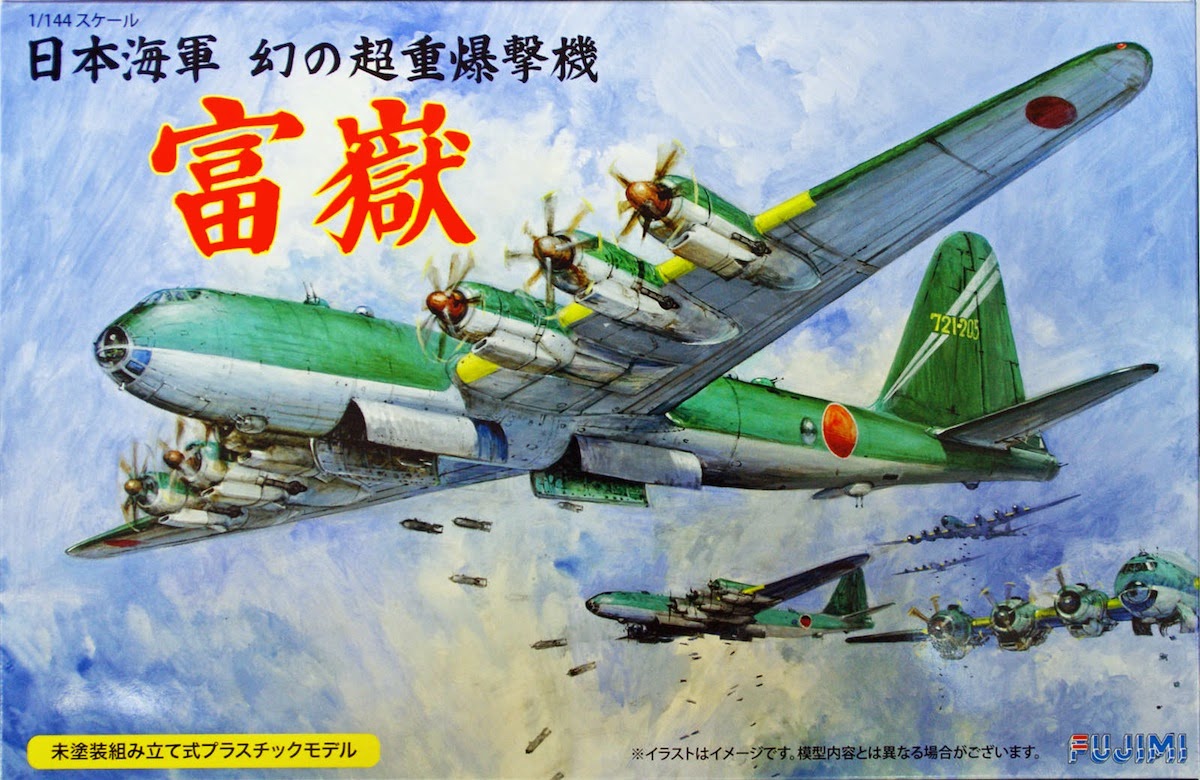 The Fujimi 1/144th scale Nakajima G10N 'Fugaku' (超重爆撃機 '富嶽' - Super or Ultra Heavy Bomber 'Mount Fuji') was one I missed last year and am re-blogging for those interested in experimentals, what-ifs and 1/144th scale kits who might also have missed it. A super-sized Japanese B-29 with six engines and contra-rotating props! Well, twelve really because as first envisaged each nacelle was to contain two 18-cylinder, twin row 2,500 hp Ha-44 engines in tandem to make a 36-cylinder, four row power plant developing 5,000 hp, designated Ha-54 but known as D.BH. Unusually and despite the designation it was a joint Army-Navy project for a long distance bomber with a range of 10,000 miles and a 400+mph speed intended to attack the United States from the West with over 44,000 lbs of ordnance and then fly on to Germany. There were differences of opinion over operational ceiling and defensive armament but eventually the IJN requirement for 15,000 m (49,200 ft) prevailed with light armament in view of the low interception risks. 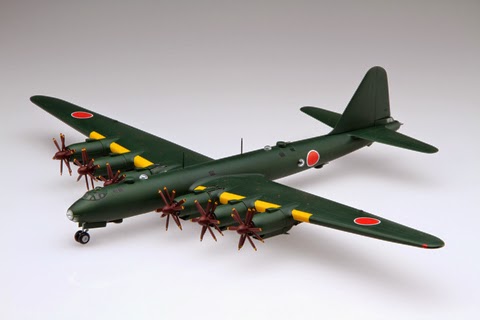 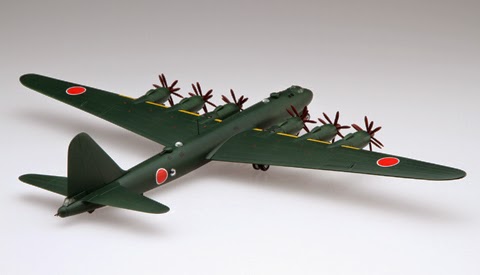 The tandem engine idea was dropped during development due to insurmountable cooling problems and the design reverted to a 2,500 hp engine that halved the power available and compromised the design's potential.  With the fall of Saipan the project was terminated, the specially planned but uncompleted assembly plant abandoned and all the documentation supposedly burned, although artist Shigeo Koike includes some tantalising 'Z Plan' studies with his painting of Fugaku.

Fujimi clearly resolved the engine cooling problems for their design of the giant bomber. Their kit differs in some details from the Kikuo Hashimoto 3-view drawing of the type in the 1956 Kantô-Sha Aireview book 'General View of Japanese Military Aircraft in the Pacific War', which drew on data from Nakajima designers Tei Koyama and Katsuji Nakamura, as well as ex-Navy personnel, and also from the slightly different T. Ogawa 3-view in the Nakajima volume of Shuppan-Kyodo's 1963 Encyclopedia of Japanese Aircraft 1900-1945. Hong Kong manufacturer Anigrand Craftswork also offer a resin kit of Fugaku to the same 1/144th scale (below) for about $88/£58 and the type certainly fires the imagination of Japanese aero-enthusiasts with various speculative books and modelling interpretations of how it might have looked and fared. 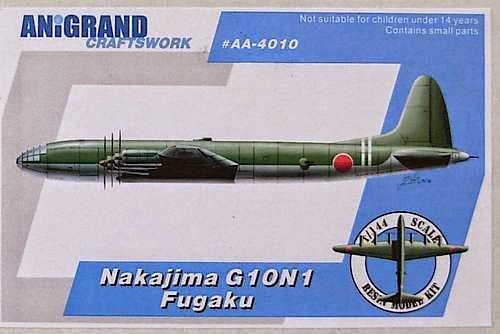 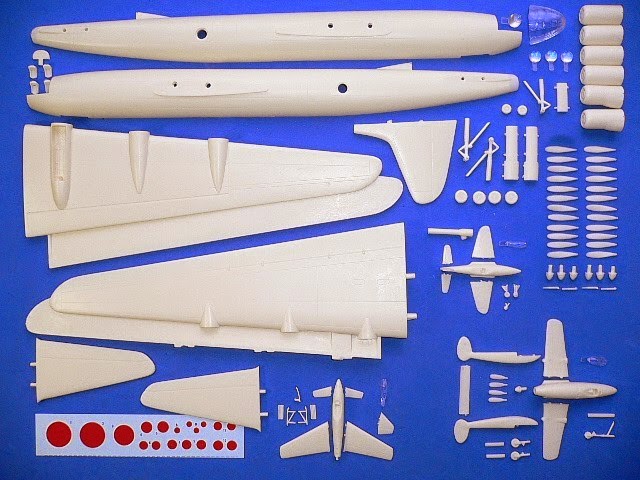 Looks like a fun kit, though I can't help but feeling that there is no true G10N. I've seen so many representations of it, all different (sometimes wildly), I've lost track of reality.

I'm with Ronnie on this one. And if the Japanese couldn't get "Rita" up and running as a reliable and safe airplane, much less an effective weapon, the chances for this one were slim and none. For me, so many other better choices among operational types still needing good 1/144 kits. But the Fugaku kit itself looks quite nice, unlike their recent 1/144 B6N Tenzan. Outside of a nice decal sheet, that one was dreadful. Which was mystifying as it was a new mold, and like most I've always associated the company with quality products.

What an interesting a/c, and it looks great built up too.