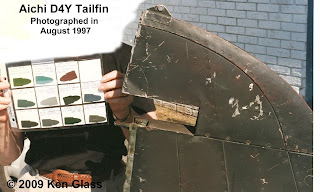 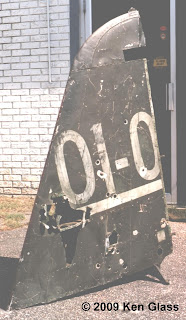 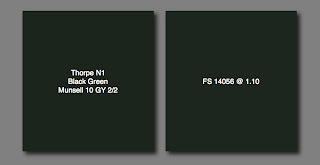 For anyone interested, the January, 1971 issue of Koku-Fan magazine, pages 60-65, had an 8 photo spread on the D4Y Judy, two of which were complete airframe images of 01-070. I remember a third image of the plane being presented in another Japanese language publication, perhaps an FAOW on the Judy series.

I'll leave a comment not about the Glass photo(s) but about the trainer experimental "orange" etc you've been discussing.
The painting instructions of the Willow say that the top coat of the aircraft should be "daidai" iro.
Not "tooshoku" or "kiiro".
"Daidaiiro" is translated as orange in every Japanese-English dictionary. Not "yellow".

The colour I see is an "orange-yellow" to differentiate it from the "yellow" of the IFF stripes. If you want to call it "yellow", that's up to you but I hope you'll excuse me if I object.

Thanks for that information, Anonymous. It is very useful and you are quite correct about the translation of daidai iro.

One more comment if I may.
The more than a dozen IJNAF veterans I've talk to about trainers call the colour either "kiiro" or "orenji" (orange) making no distinction between the two as is common with most Japanese. They also say that the trainers as shown in models or art depictions are too clean and too bright. The trainers got dirty all over the place very easily and the overall colour faded very quickly.

Thanks, Anonymous, for another most interesting and useful comment. The descriptions "kiiri" (yellow) and "orenji" (presumably orange) highlight the difficulties in assessing and describing these colours which I explained in the discussion at j-aircraft.com.

This colour space is very relative to juxtaposition against a darker, more reddish orange or to a lighter, more lemon yellow, the appearance "shifting" to more yellow looking or to more orange looking respectively.

The lack of consistency in colour terminology in official Japanese documents is one of the many challenges facing researchers attempting to link extant surface colouring to original colour standards.

Very Interesting photo! The color looks really dark green.I wonder if the plane numbers on the tail are known?