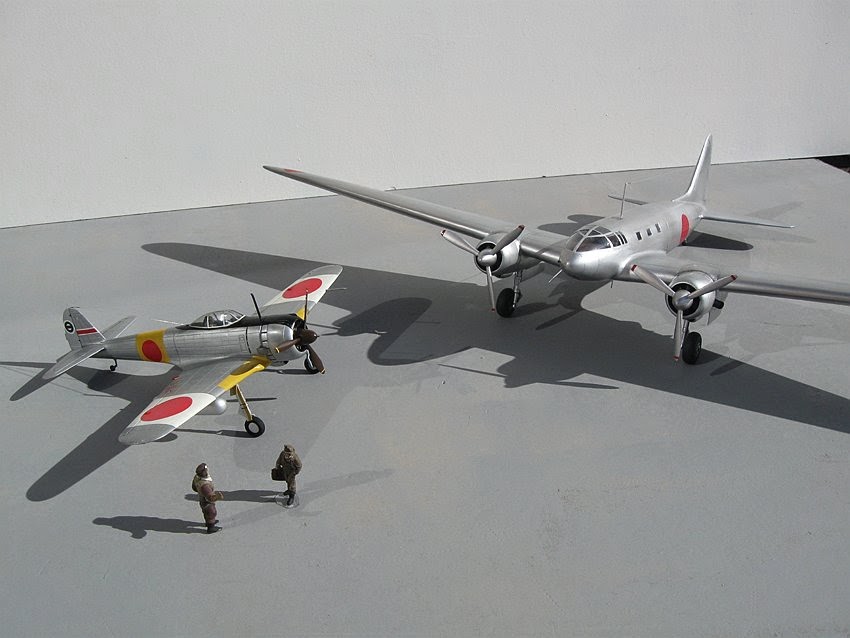 Here is another of John Haas' expertly scratch built Japanese aircraft models in 1/48th scale, in this case the experimental long range communications aircraft Tachikawa Ki-77. This time John has treated us to photos showing the various stages of his build, using wood and plastic card. The model was only completed last month. 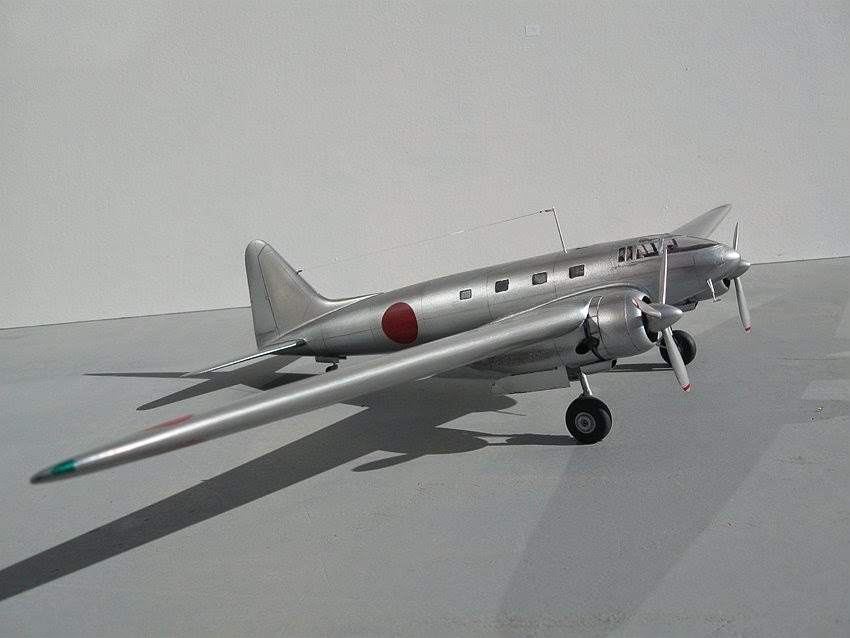 The Ki-77 originated in 1940 from an Asahi Shimbun sponsored project for an aircraft designated the A-26, a very long range promotional transport capable of non-stop flights between Tokyo and New York. Dr Hidemasa Kimura of the Aeronautical Research Institute of Tokyo University led the design project assisted by Ryoichi Endo of Tachikawa. Following the outbreak of war the original concept was taken over by the Imperial Japanese Army to furnish an aircraft capable of non-stop liaison flights to Germany from the staging post of Singapore and a prototype was completed by November 1942. On 30th June 1943, after a series of successful tests and trials, a second prototype undertook an inauguration flight to Singapore. The flight to Singapore was successful but after the Ki-77 took off for the second stage of its journey to Germany on 7th July it was never seen again. It was reportedly shot down by intercepting RAF fighters over the Indian Ocean but details of the encounter remain obscure as recorded here. A Ki-77 flight to Germany was not attempted again but in July 1944 the first prototype established a non-stop long distance record of 8,900 miles in 57 hours 11 minutes over a closed course. 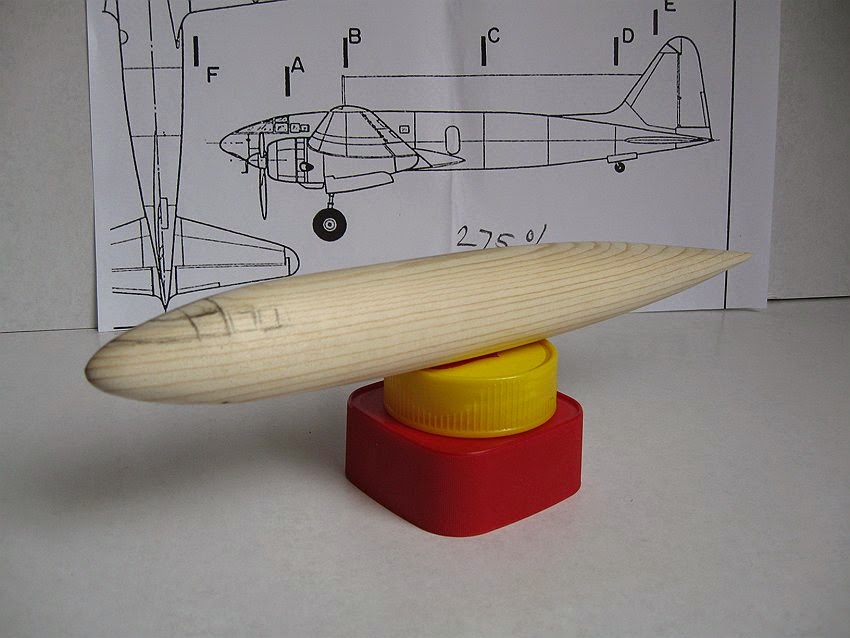 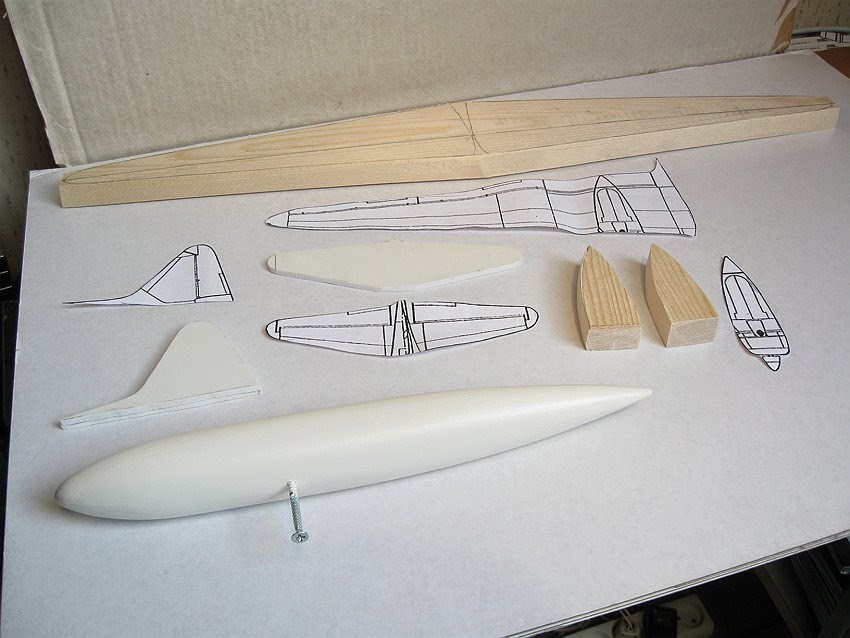 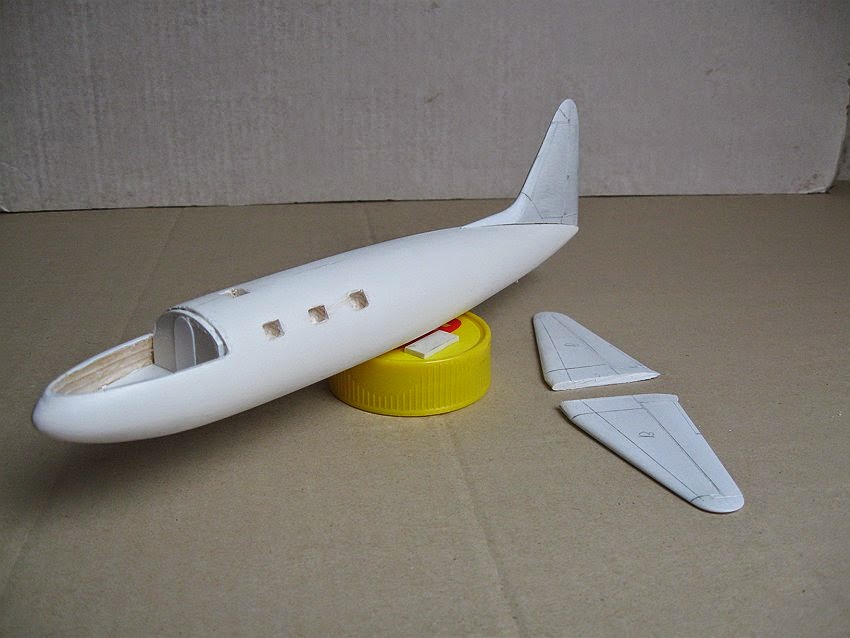 A wooden fuselage was made using a set of plans enlarged to 1/48th scale. The interior was furnished with plastic card. Tail surfaces also made from laminated 3mm plastic card. Wings and cowlings were also fabricated from wood. 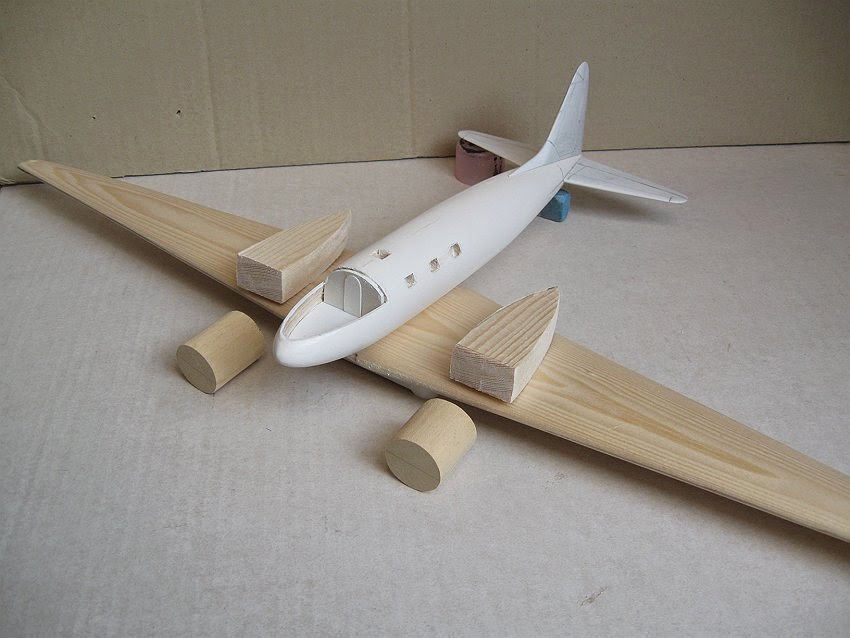 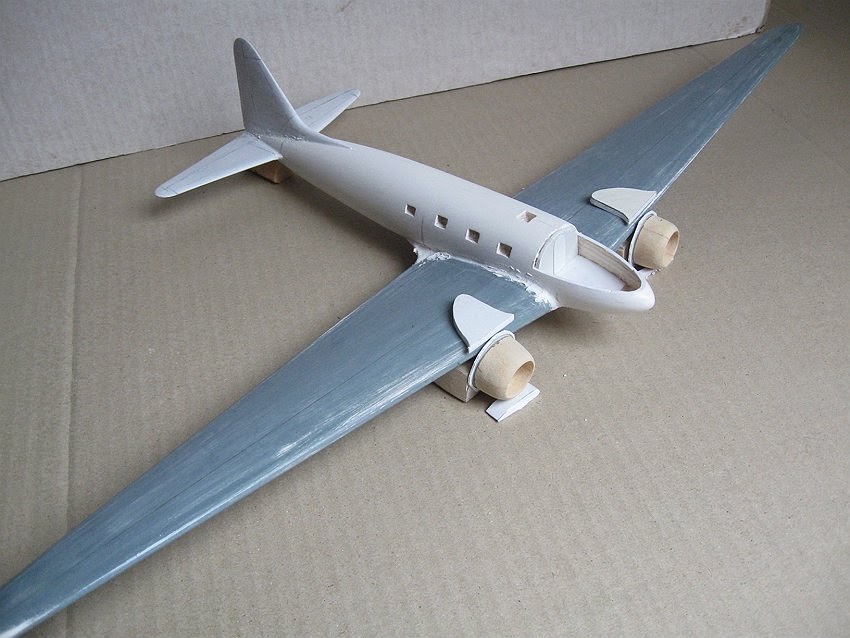 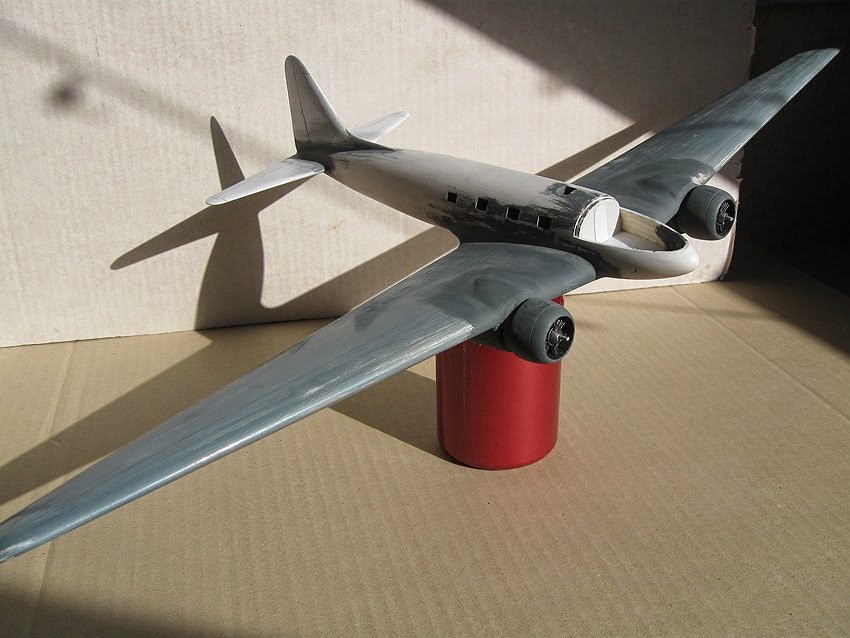 Instrument panel, seats and other details added to the cockpit. Props and undercarriage were scratch built too. 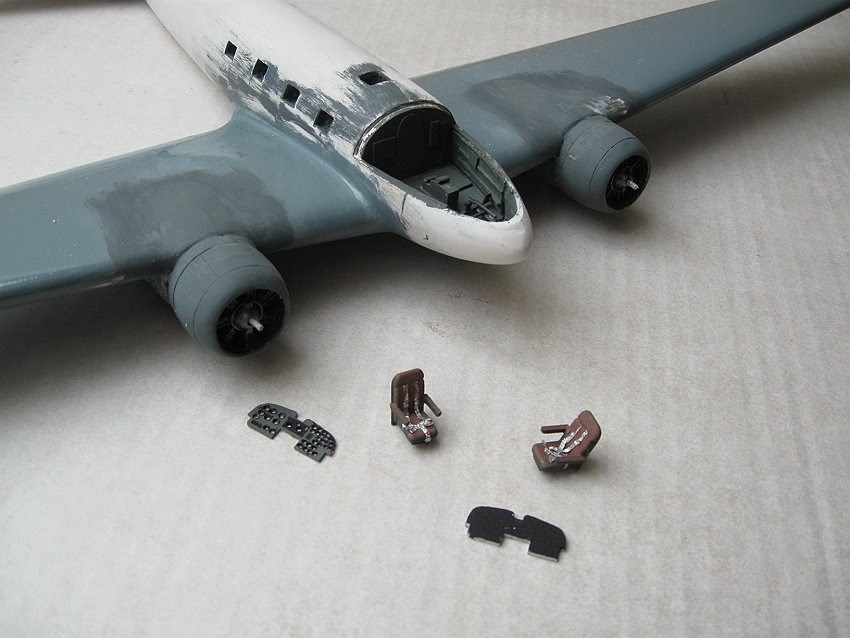 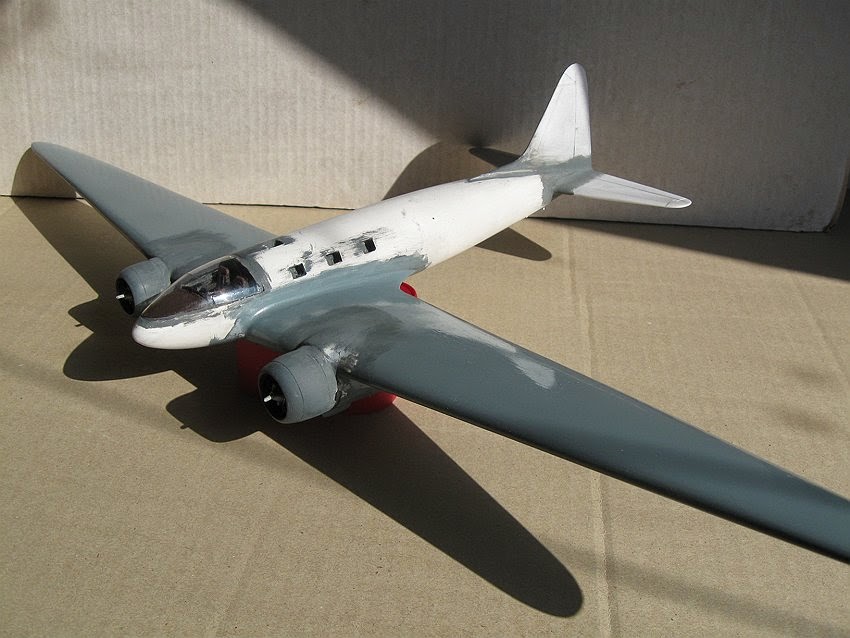 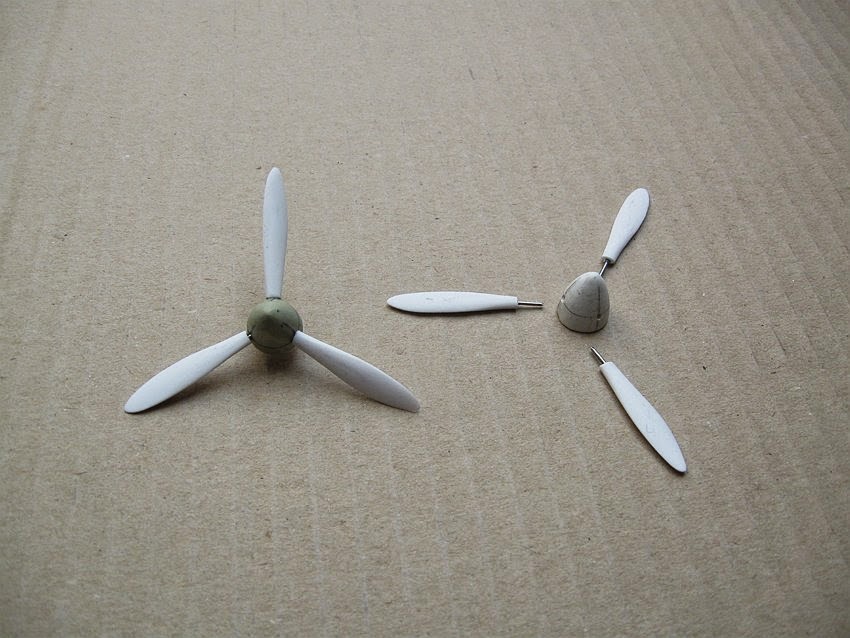 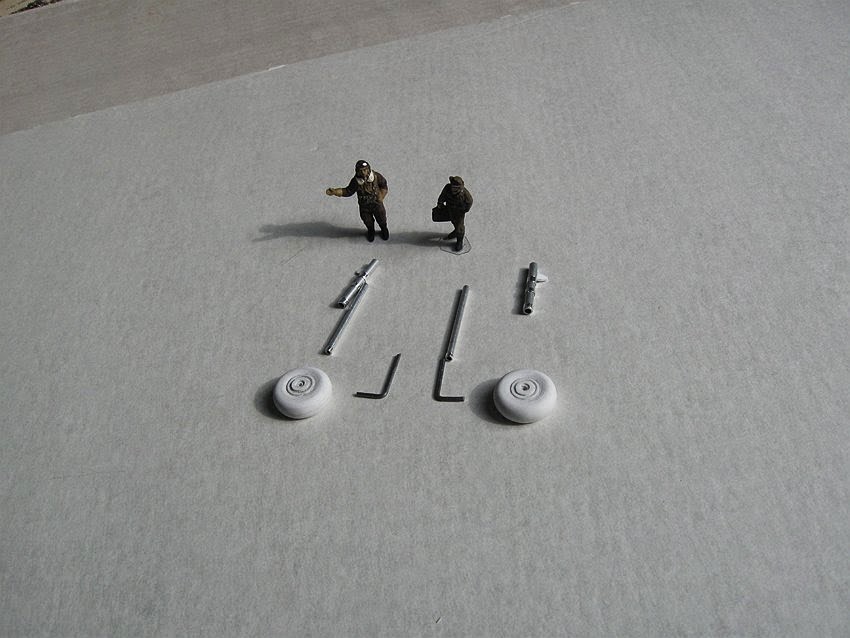 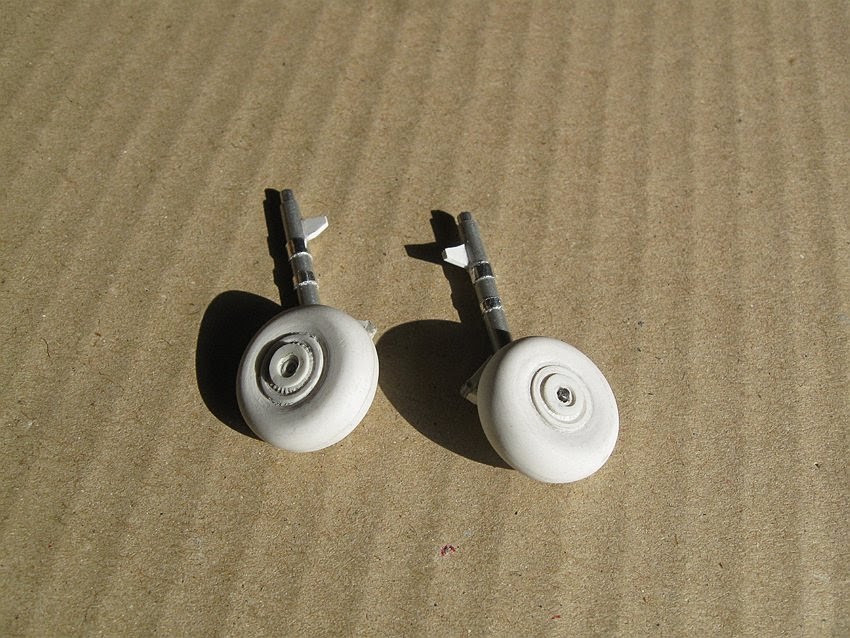 John writes that painting was done this way. Firstly four coats of white primer. Then two coats of Humbrol gloss dark grey to check the surface and two final coats of Humbrol 11 Silver. Additionaly John applied Rub'n'Buff Sterling Silver to touch up some parts like the props and the leading edges of the wings. 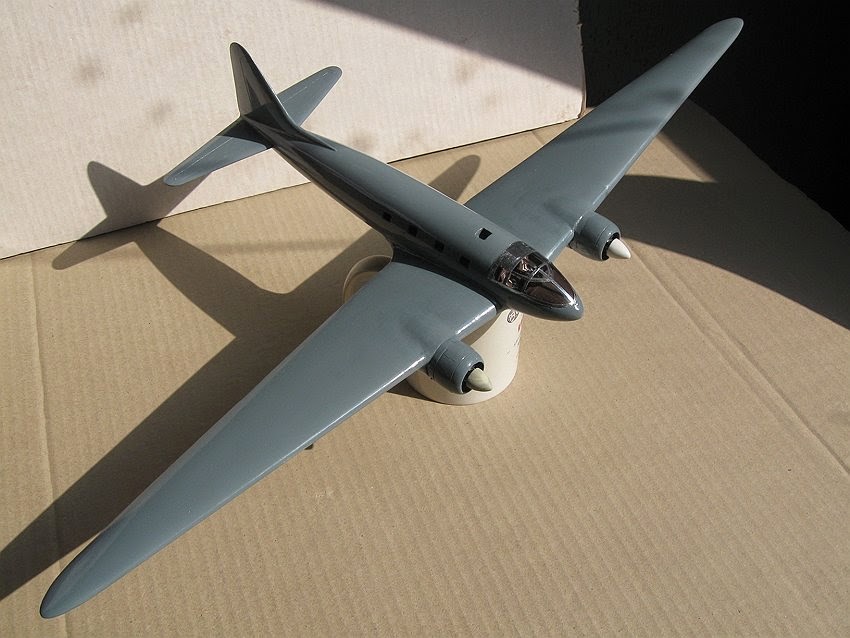 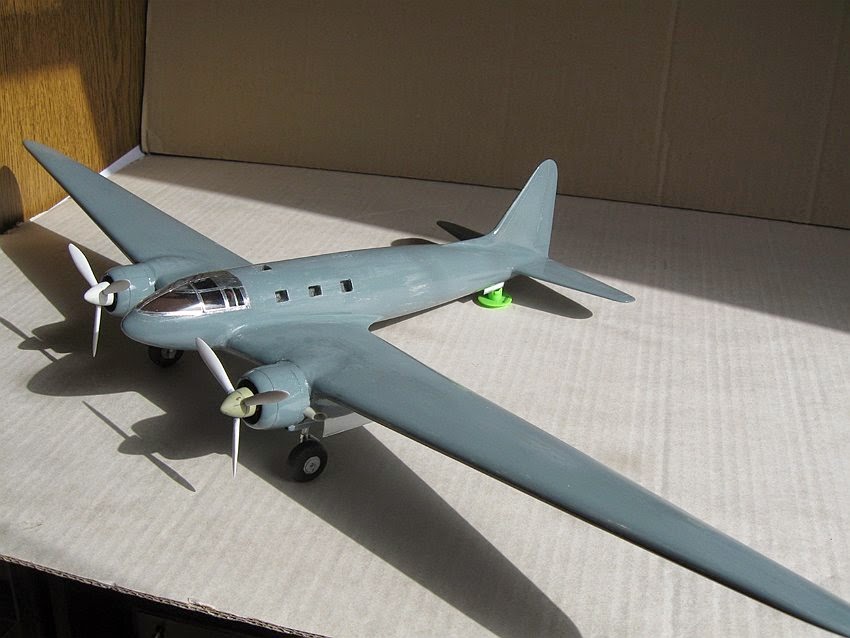 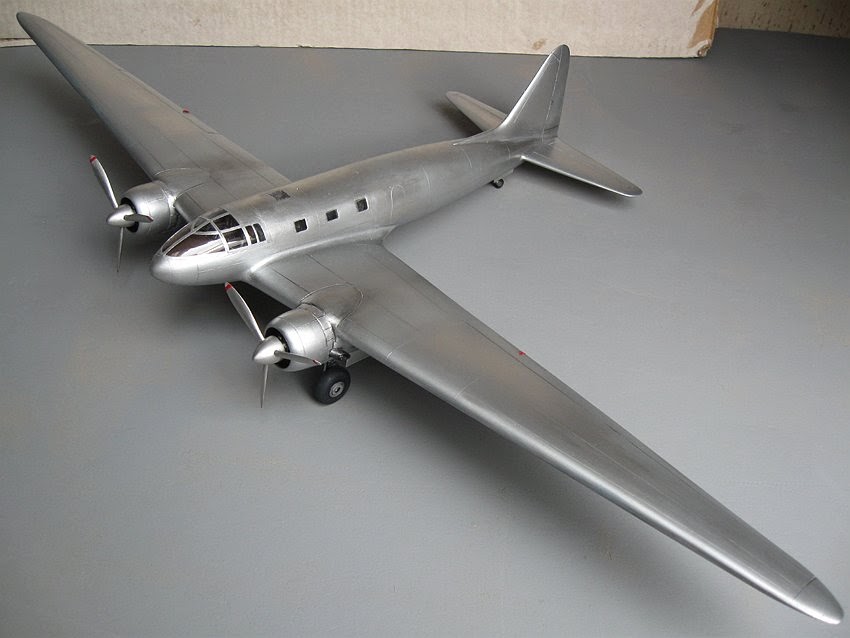 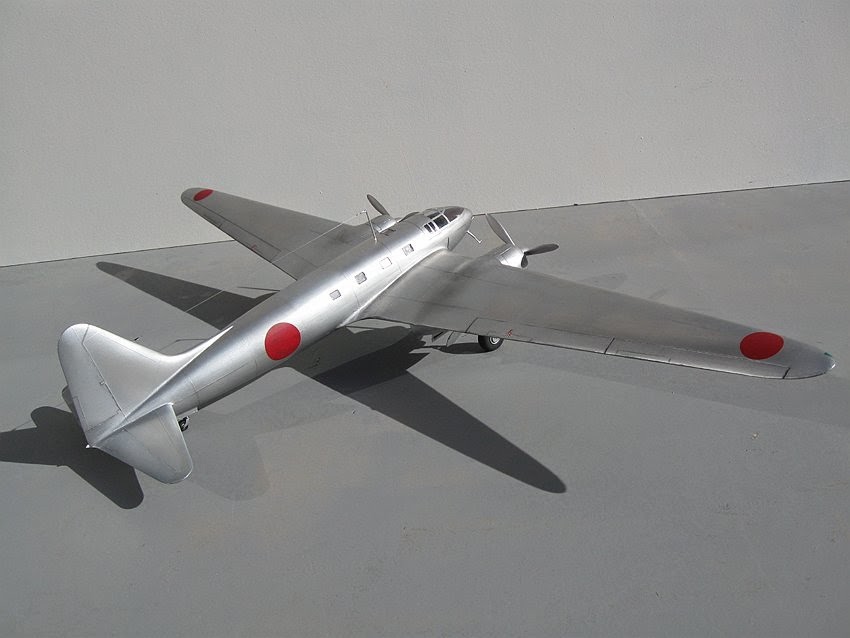 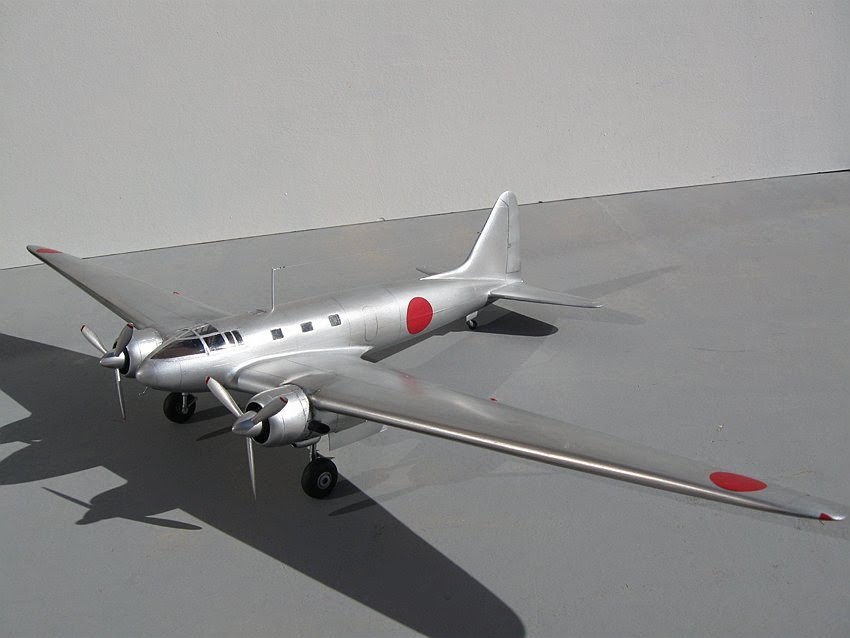 The Ki-77 carried a crew of six, pilot and co-pilot, two flight engineers and two radio operators.  Maximum speed was 273 mph at 15,000 feet with a cruising speed of 186 mph and a ceiling of 28,500 ft. Range was just over 11,000 miles and the aircraft could carry 3,000 gallons of fuel in the wings. The performance figures reveal that the aircraft would have been relatively vulnerable to interception by contemporary fighters. 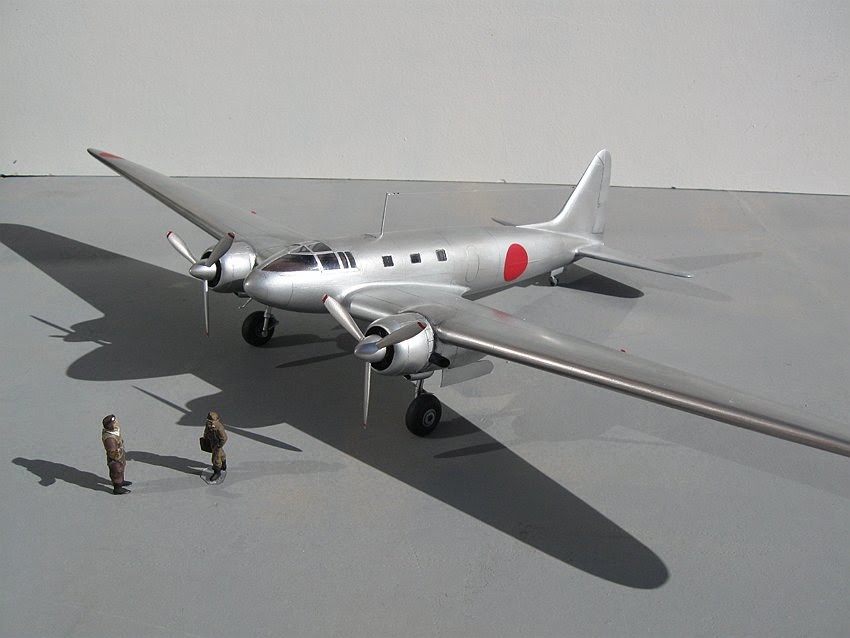 AFAIK there are no 1/48th scale kits of the Ki-77 but in 1/72nd scale there was a limited edition vacform and resin kit by Friendship Scale Models and a resin kit by Planet Models which is still available. 'Higeki No Tsubasa A26' (Tragic Plane A26) by Fukumoto Kazuya (Kadokawa Shoten, 1984) tells the story of the A26 but is in Japanese only. 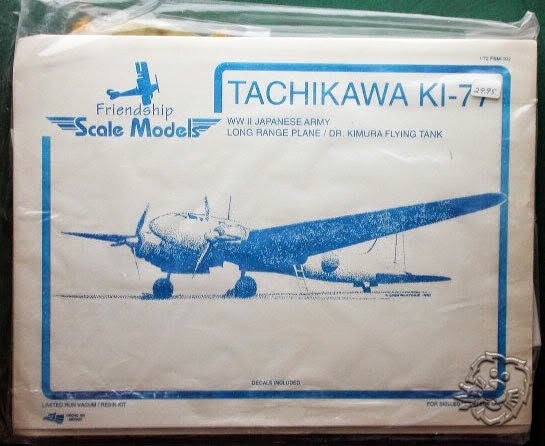 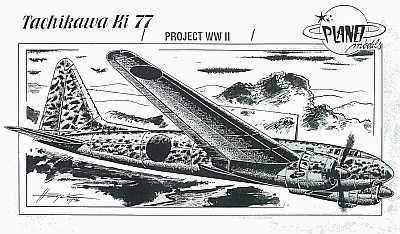 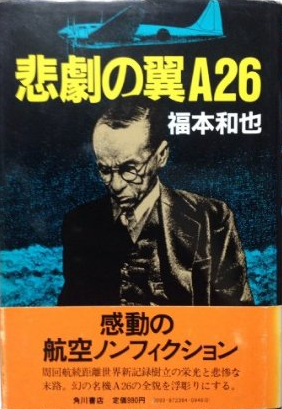 'Higeki No Tsubasa A26' by Fukumoto Kazuya

Nothing else to say but, superb work!

Another magnificent model, John! The work-in-progress photos are very inspirational and really make me want to try my hand at scratchbuilding again.

I love the size comparison with the Ki-43 - the Ki-77 is actually smaller than I was expecting.

Fascinating model!
Nice to see that there are still people out there schratchbuilding whole models.

I have really enjoyed seeing your beautiful models, but this is my favorite! Thanks for the inspiration.