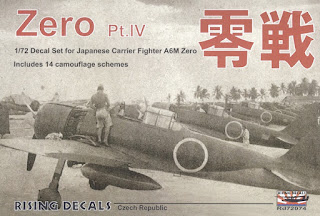 The latest sheet from Rising Decals is the fourth set to provide markings for the Mitsubishi Zero in 1/72 scale. RD72074 contains decals for no less than 14 very interesting subjects across a range of variants and colour schemes. 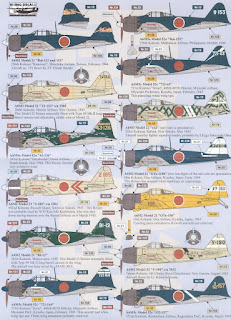 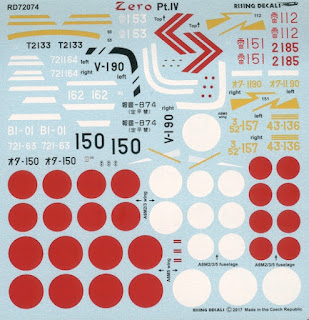 There is plenty for Zero enthusiasts to get their teeth into here, offering a great selection of colourful subjects. The packed sheet includes a selection of hinomaru with or without white borders as well as some basic stencilling. Inspiring decal sets like this one can also be used to dress up older kits, even giving them a new lease of life.

With thanks to Mirek of Rising Decals for the review sheet.

It should be Munda, New Georgia - Solomons.

There appears to be a mistake with the decals supplied for the airframe B1-12. The decal supplied, B1-01, is the tail code of a J2M3, also used for ATAIU-SEA testing.

Thanks Alex and well spotted! I missed that completely! I'll amend the review and hopefully Rising will provide a correction sheet idc.
Regards
Nick