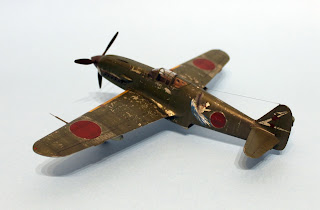 Jan Hajicek,  the mastermind behind the Dead Design range of masking products, has kindly shared these images of his Kawasaki Ki-61 I Tei built from the Hasegawa 1/48 scale kit and representing an aircraft of 160 Shinbu-Tai at Chofu air base in August 1945. In Jan's own words:

"I finally managed to finish a model that had lain on my shelf of doom for 20 years. I had purchased the kit and FAOW book in 1995 at the Collinsdale Hannants during a trip to Scotland. Back home I purchased the Aires cockpit, but on attempting to install it I realised that it didn’t fit at all. This experience frustrated me so much that the kit went back into the box and waited almost 20 years. I dusted it off two years ago, assembled the main parts, applied surface primer and finally finished it last autumn. 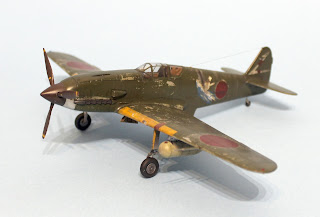 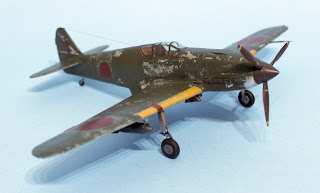 "Eventually I chose to complete it as 160th Shinbu-tai machine. That special attack unit was formed in April 1945 at Chofu from the 244th Sentai and this well known machine was most likely left behind at the air base due to engine or some other failure. I like the heavily weathered appearance. 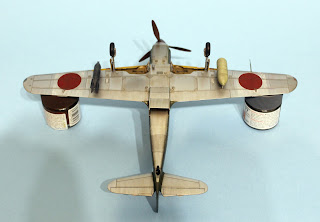 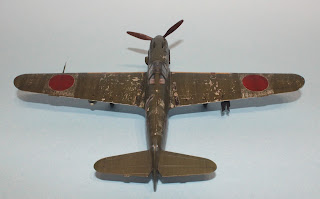 "In addition to a replaced front lower cowling panel, the washed off or removed white home defence bands around the Hinomaru are interesting. A careful study of the b/w photo of thios machine revealed that the white colour appeared to be washed off. That seemed similar to Luftwaffe washable winter white camouflage. But that is speculation on my part, not a fact.

"The kit was built more or less like a hybrid. At different stages over the past two decades my view of the assembly changed several times. For example the cockpit was built straight from the box, with photo-etched seat harness, Ho-5 cannons from CMK. I added photo-etched trim wheels and push rods, and re-modelled the wing racks and external fuel tank The 250 kg bomb came from spares, whilst the antenna wire is Uschi VDR. The antenna insulator, cowling fasteners, landing light cover and all formation lights were scratch built. 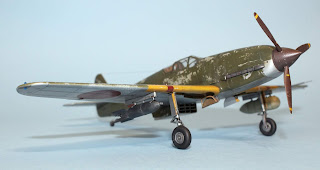 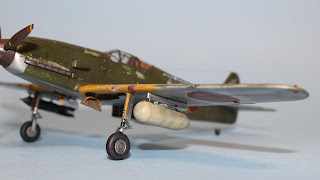 "My own masks were used for the canopy, inspection covers and all markings. The fuselage artwork was a Lifelike decal (# 48-005R 244th Sentai Part 3, Aircraft subject # 4). Paints used were Gunze for the propeller, Alclad on the lower surfaces and Vallejo for the rest. Weathering was applied using MiG, Windsor & Newton acrylics and artist pastel chalks." 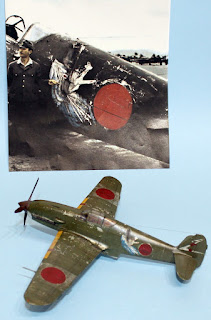 Jan, who spent five years working as a designer for Eduard and then 10 years as a designer, webmaster and translator for MPM/Special Hobby, has recently begun marketing his own range of masking accessories under the Dead Design logo. During his career he has designed hundreds of photo-etch sets, decals, masks and colour instructions for kits, distinguished by his own 'Dead Design' signature. Jan's perspective is that every aftermarket accessory must help the modeller, either by enhancing detail or by saving time. 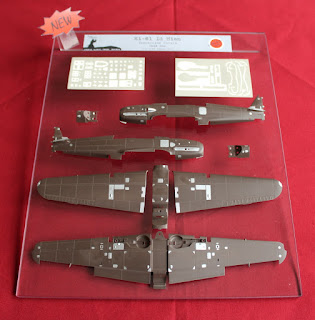 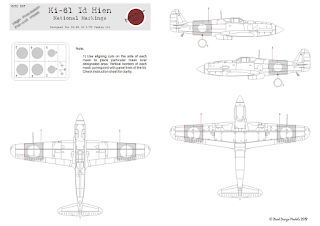 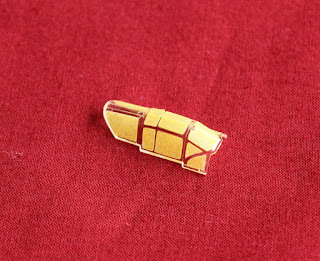 With that in mind he has developed excellent masking sets for the recent Tamiya 1/48 and 1/72 Ki-61 kits, including a comprehensive set of inspection panel cover masks designed to facilitate applying different shades of natural metal, as well as canopy masks and masks to paint the Hinomaru. The Dead Design range now consists of 30 sets of masking accessories, mainly canopy masks for Japanese aircraft subjects, with more planned to include inspection covers and canopy masks for early 1950s jets, as well as more WW2 subjects with photo-etched parts and decals. Jan's products can be purchased direct from his own webshop at www.deaddesignmodels.com 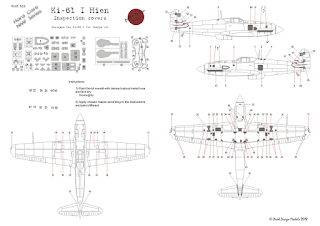 With special thanks to Jan for sharing the images of his splendid model and the news about his range of fine accessories.

In a few days, 1/72 scale Tamiya will be ready for inspection;-)