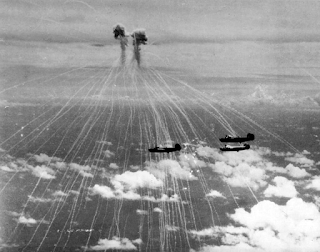 Here are data sheets for the 'Mk.3' air-to-air bomb included in the new Fine Molds C5M2 kit - in case anyone was wondering! Although Fine Molds call this a Mark 3 bomb its correct designation was Type 99, No.3, Mk.3, Mod.1 bomb. The additional body fins were required for arming the clockwork tail fuse. 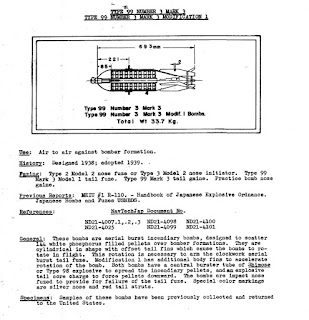 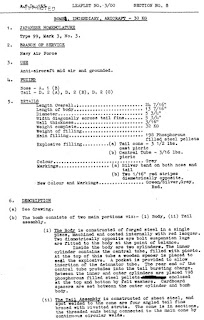 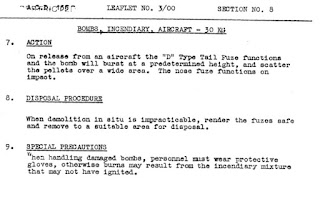 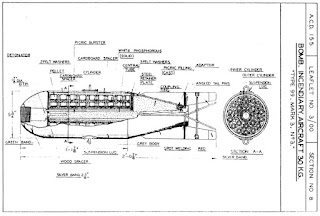 The US Intel sheet says the additional body fins were to accelerate the bomb whilst the RAAF bomb disposal sheet says they were to slow down rotation, to stop the bomb bursting prematurely when it reached 1,000 rpm. The fuse burst the central charge and scattered white phosphorous filled steel pellets which ignited on contact with the air. 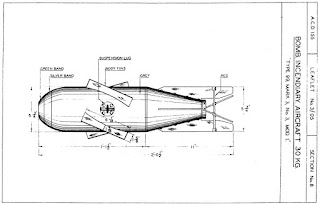 The sheets also provide asdditional colour details. The Type 99 was an air-to-air bomb intended to be dropped over bomber formations per the Fine Molds box art but the sheets also imply an air-to-ground use. There are several photographs showing the resultant white 'jellyfish' type air burst (heading photo).

Just superb detailed information..Thanks so much

Does anyone have any idea about the effectiveness or ineffectiveness as well usage of these particular bombs ?

Thanks for your comments chaps!

Baronvonrob - not very effective according to the testimonies of some of its would-be targets. You will find several interesting first hand accounts posted in the linked thread here:-

Thanks Straggler!..the link you so kindly provided was thoroughly informative.

Seems the Ta-dan phosphorous bomb was in reality more of a Ta-dud :)

Thanks for sharing the info, Nick.