Painting Into A Corner ~ Part 1 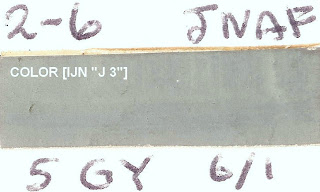 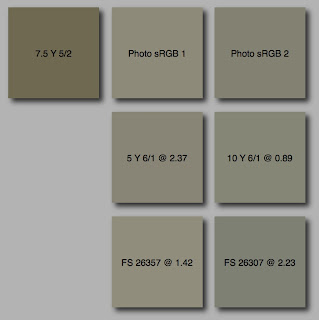 Nick,
despite no comments has been made so far I'm positive that your hard work is highly appreciated by some.
We may never know the full truth but your scientific and analytical approach will ultimately help us get some fact right. If I recall correctly you said something like "it's better to have some facts than none". Interestingly we might end up with just "good old light gray" from decades ago. But apparently it will never be just the pure gray, at least for early Zero models. Please keep up with this amazing work.
Cheers,
Mario
New York

P.S. Have you received my e-mails? One recent, earlier from several weeks ago.

Thanks for your kind comments. I'm never concerned by the absence of comments. Checking the views vs posts at most forums (fora?) reveals that 80% + of the online modelling community are "lurkers". And I don't blame them! Of the remaining 20% I reckon 10% post and share information in response to questions and 10% spend their time challenging it. That 20% move flexibly between those two stereotypes too!

I have been having a lot of email issues. My ISP suddenly decided to broaden the parameters of what it considered to be "spam" and for a period of several weeks many genuine messages were dumped in the spam folder. Unfortunately by the time I twigged this many had been deleted. The situation has improved now but I still have to check the spam folder at the ISP site to retrieve some emails.

I look forward to more in this series.