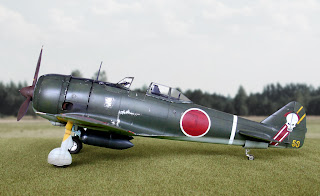 It is a delight to be able to share these images of Alex Angelopoulos' stunning model of the Nakajima Ki-44 Shoki built from the excellent 1/32nd scale Hasegawa Kit and depicting a skull adorned aircraft of the 29th Sentai. 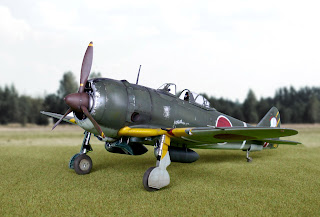 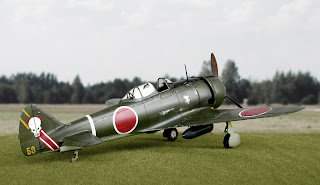 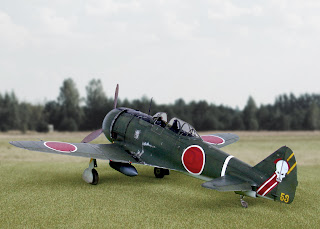 Alex has been working on this model over 7 months but the build was quite straightforward. He cut out and re-positioned the elevators, scratch built the gun sight and added some cockpit wiring. The exhausts and machine guns were replaced with Quickboost's magnificent resin detail items. 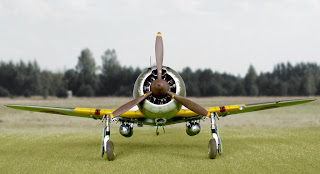 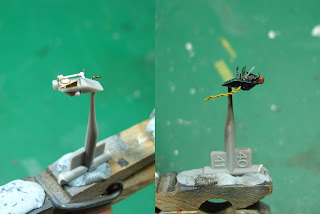 The model was given an enamel aluminium undercoat with Humbrol Metalcote and the Maskol technique was used to replicate paint chipping. Paint colours used were GSI Creos (Gunze) acrylics - IJA Green and IJA Light Grey. 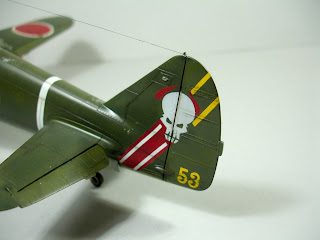 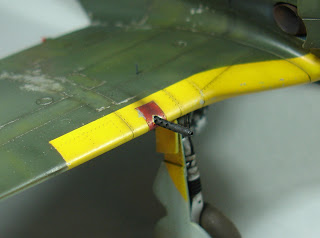 Weathering was added using an airbrush, Mig pigments and oil paints. Not a single decal has been applied to the model. All the markings were painted on using home made masks with the exception of the tail emblem where a Montex mask was used. Beautiful! 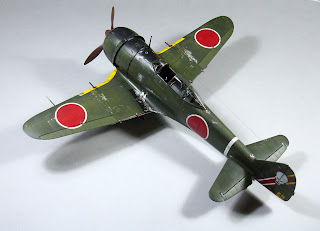 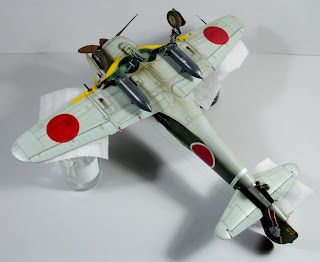 This particular aircraft, a Ki-44-II Hei of the 29th Sentai photographed at Hsiaochiang, Formosa, in August 1944, shortly before a brief deployment to Wuchang in China,  was chosen as one of the profiles for Osprey's 'Ki-44 Tojo Aces'. 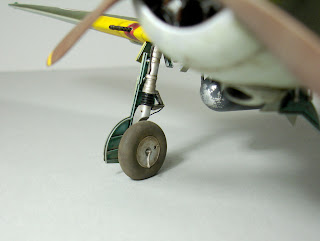 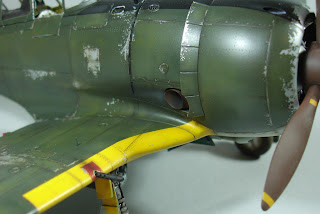 Thanks very much to Alex for kindly sharing these wonderful images of his model here. 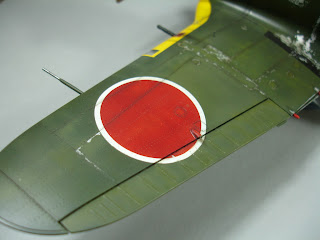 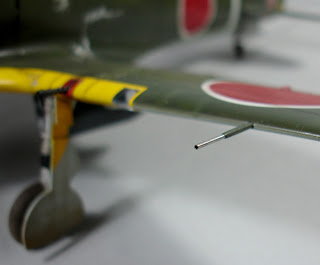 All images ©2012 Alexander Angelopoulos
Posted by Straggler 脱走兵 at 09:30

Alex is to be commended on sunch an inspiring model! The finish is beautiful, with just the right ammount of chipping and fading to look convincing. Too many modelers and artists have succumbed to the recent trend of over-chipping the paint on Japanese aircraft, it's refreshing to see a more realistic representation.

Wow. These big scale kits allow for a higher level of craftsmanship....but this is stellar work.