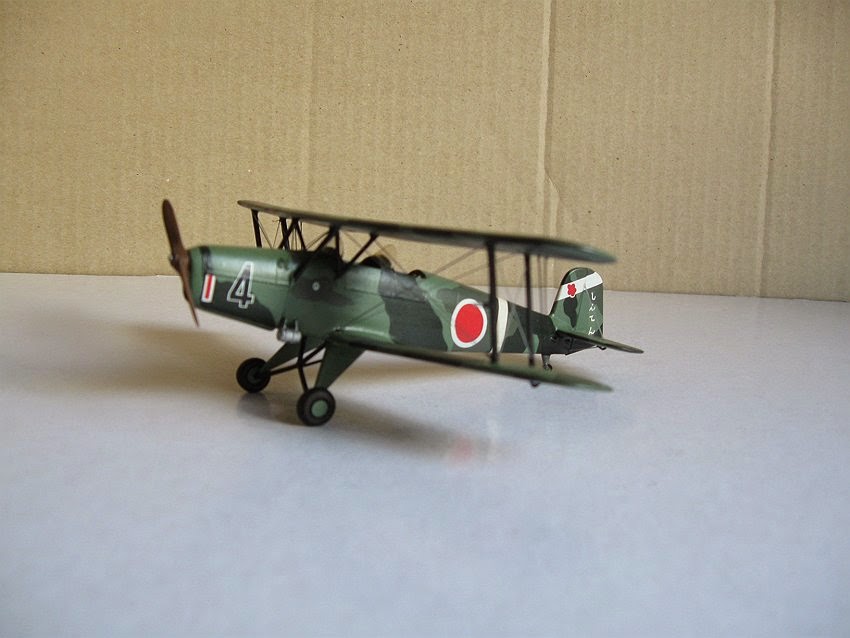 This time another exquisite John Haas 'little gem' in the form of the diminutive Kyushu K9WI Momiji (楓 - Maple), Allied code name Cypress, Navy Type 2 Primary Trainer Model 11, a license- build Bücker Bü-131"Jungmann". It was originally built under licence for the IJN but in 1943 the Japanese Army also adopted it as the Ki-86, Type 4 Primary Trainer, ultimately using more than three times as many as the Navy. 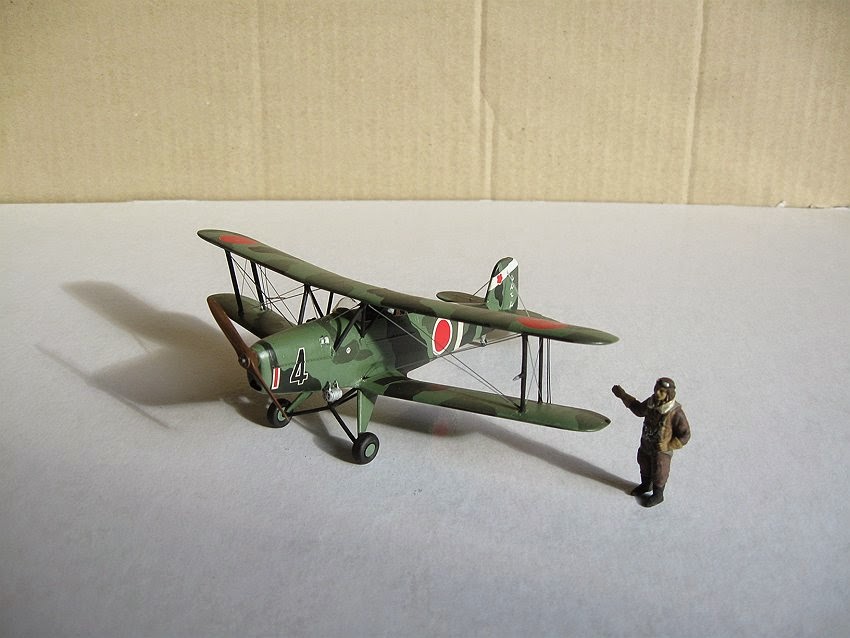 John made this model from a 1/48th scale vacuform kit from MPM Models, now out of production. He was impressed by the MPM vacuforms and managed to purchase most of the range including some rare examples like the FW-89, Tupelov SB-2  and Siebel Si-204. 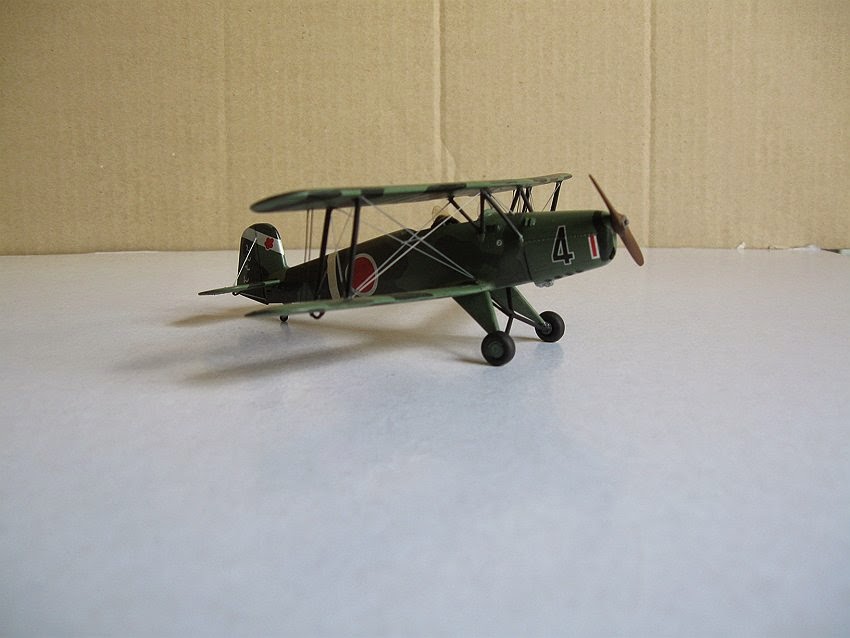 Whilst appreciative that it usually takes more care and experience to build vacuforms than injection moulded kits, John thought this one was a piece of cake. However the small parts which were injection moulded took a lot of work to clean up and remove flash from. John liked the special camouflage paint- diagram, which also included the underside. 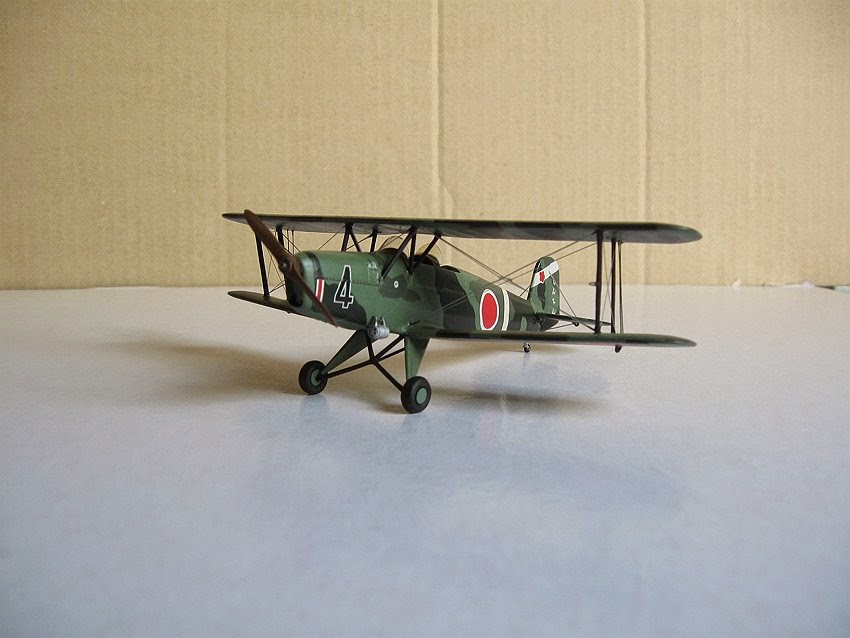 The Kyushu Aeroplane Co. (Kyushu Hikoki K K), originally the Watanabe Ironworks Ltd (Watanabe Tekkosho K K) also made other types for the Navy and produced wheels for other aircraft manufacturers. The IJN had first evaluated the Bücker Bü-131 in 1938 as a potential replacement for the Type 3 Primary Trainer, subsequently importing a total of 20 for testing. Watanabe were then instructed to produce a similar aeroplane design and submitted two, one of them a monoplane, but the IJN decided on domestic production of the original Bücker design with Watanabe obtaining a licence to manufacture. The first example was constructed in August 1941 with a Japanese engine, the Hitachi Hatsukaze Model 11. A total of 17 pre-production examples were built, followed by 200 production aircraft and Hitachi manufactured an additional 60. The Hitachi engine was not as efficient as the German original suffering from more vibration and inconsistent power output. The type was originally designated as Koyo (紅葉 - autumn leaves, also maple). 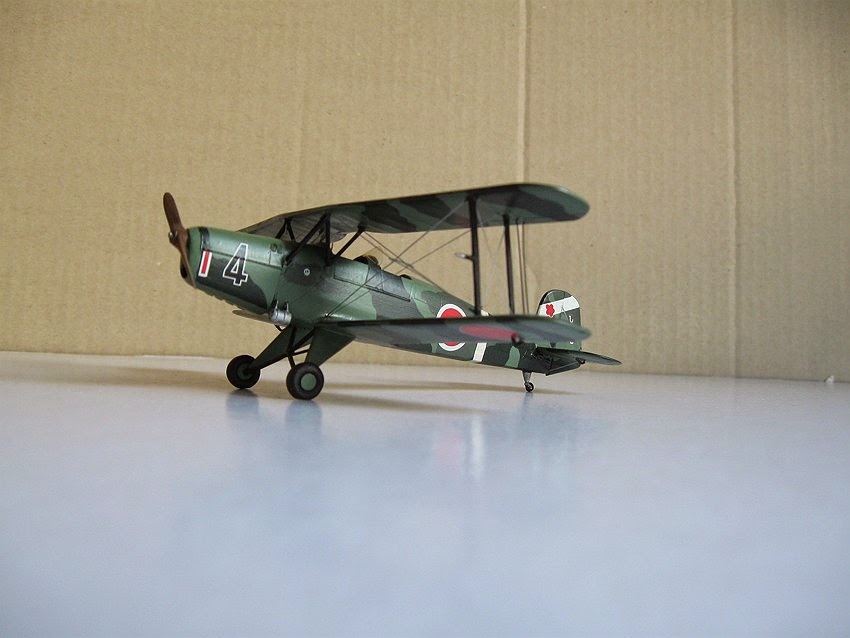 The Army version was manufactured by Nihon Kokusai Koku with the first prototype completed in July 1943 and official acceptance in early 1944.  The original aircraft had a metal fuselage frame and metal panels but in January 1944 an all-wood version was proposed as the Type 4 Otsu (Ki-86 II) whereupon the earlier version received the designation Type 4 Ko (Ki-86 I).

Excellent work, John! And a vacuform at that. Keep them coming, I never get tired looking at your superb models.