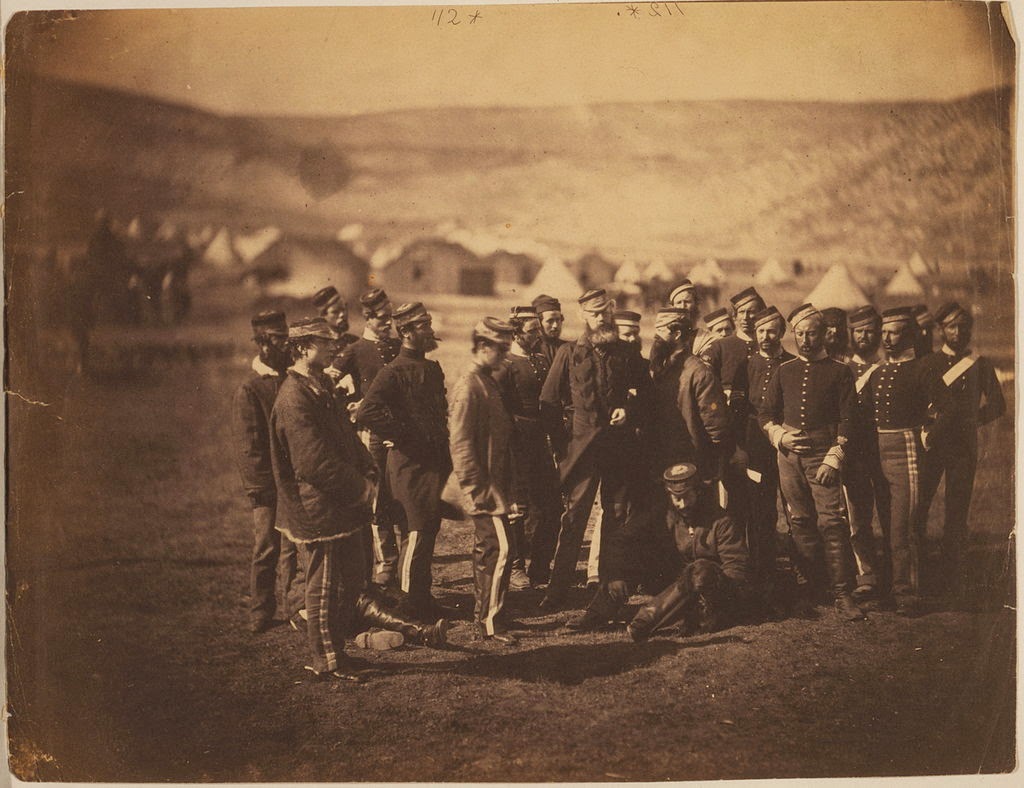 Tonight in the UK the clocks go back an hour from British Summer Time to Greenwich Mean Time and the nights which have been drawing in will now signal the approach of winter. Today is also the 160th Anniversary of the Battle of Balaclava and the Charge of the Light Brigade. Here is an Edison wax cylinder recording of Trumpeter Martin Lanfried of the 17th Lancers sounding the charge on the same bugle that he used during the battle and which had also been used during the Battle of Waterloo. The recording was made in 1890. As the clocks go back one hour that live sound is crossing 124 years, and 160 years, and 199 years. 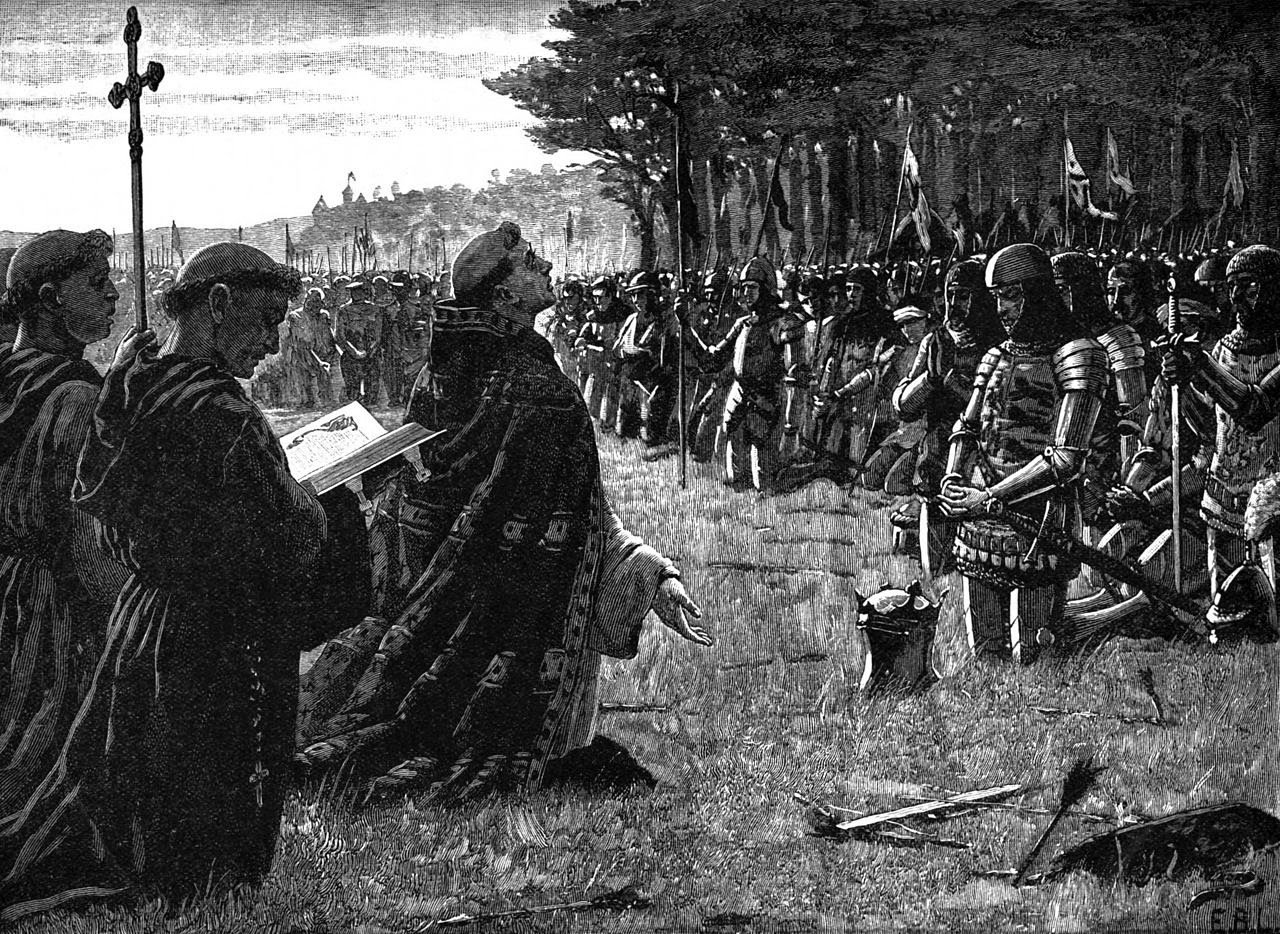 Today is also the 599th Anniversary of the Battle of Agincourt which was fought on St Crispin's Day, 1415. Very few in the UK remember those battles now or the husbands, sons, brothers and fathers who fought in them but I choose to and to mark their memory here.

Image credits: Surviving officers and men of the 13th Light Dragoons photographed by Roger Fenton (1854); "The Thanksgiving Service on the Field of Agincourt" by Edmund Blair Leighton (1909)
Posted by Straggler 脱走兵 at 23:42

Nick, that bugle call is a terrific piece of history. Quite amazing.
Thank you very much for posting it.
As for remembrance, I am afraid that the memory of Agincourt, Waterloo etc is quite out of step with the consciousness that our masters require of us these days.

Out of step today, true it is, however I refuse to go gently along with the modern crowd.
On September 15th of each year, I get up extra early (0300 hrs) so I can have a "battle breakfast" to honor my father and his comrades that made the assault on the island of Peleliu in 1944.
I will have a glass of bourbon tonight in their honor, and I will turn it over for them.
Thanks for remembering Nick, and reminding us to do the same sir.