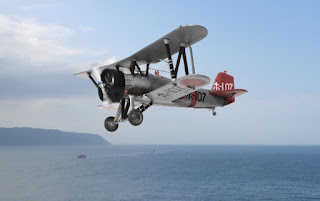 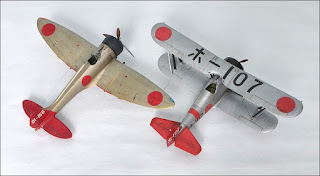 The Nakajima-built A4N was introduced into IJN service as the Type 95 Carrier Fighter in 1936, succeeding the A2N Type 90 which had been introduced in 1932. The A2N, designed by Takao Yoshida, demonstrated the influence of the Boeing 69B export model of the USN F2B-1. The Type 95 was essentially a re-designed and improved Type 90 but went through a prolonged development stage, entering service at a time when Mitsubishi were already testing the experimental prototype of an all metal monoplane that would gestate into the Type 95's successor the A5M "Claude". 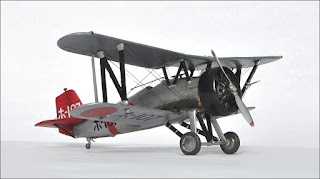 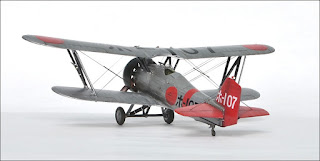 The A4N was the last biplane fighter of the IJN and was finished in a standard scheme of aluminium dope, red painted empennage and blue-black cowling. The type saw brief service in China from August 1937 and Jack's superb model represents an aircraft from the light carrier Ryujo (龍驤 - 'Dragon Horse') flown by Lt(jg) Minoru Suzuki in which he claimed three aircraft shot down from a formation of 27 Chinese Curtiss Hawk and Boeing 281 (export P-26) fighters over Paoshan on the afternoon of 23 August. 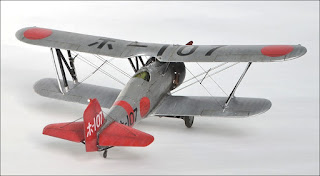 From September 1937 the 12th Kokutai also operated Type 95s from Kunda airfield near Shanghai, engaged in ground support and air defence duties due to their limited range. The 12 Ku Type 95s were camouflaged on the upper surfaces, reportedly at first in a reddish-brown earth colour and later in a dark green and brown kumogata type camouflage scheme as revealed in photographs. From October to November 1937 12 Ku began conversion to the Type 96 A5M. The unit used a numeric tail code '3' painted in white at the top of the fin, with the three digit aircraft identifier below. Hinomaru and a white Army-type band were painted on the fuselage.

The Katakana character ホ (Ho) on the tail code of Jack's model identified the Ryujo and was repeated on the fuselage sides and in large letters above and below the wings. 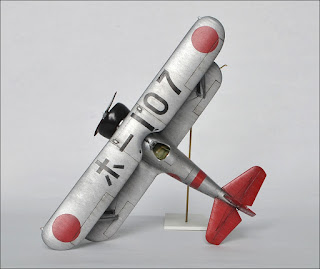 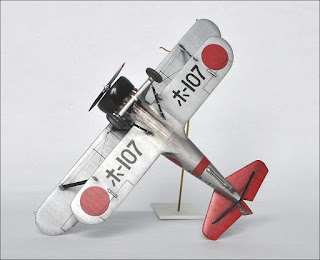 For modellers who might be inspired by Jack's build but daunted at the prospect of assembling a tiny resin biplane Fine Molds released a neat injection moulded kit of the Type 95's similar looking predecessor the A2N1-2 in 2001 which has been re-released several times. Another one that is not often seen built but which can also be finished in festive silver and red. 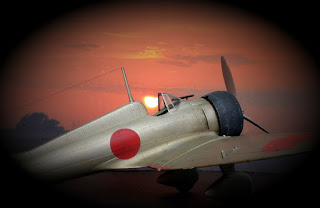 Jack also built the Mitsubishi A5M4 'Claude' from the fine Fujimi kit and convincingly represented its legendary "gold" bento-box finish by mixing clear orange with aluminum and steel metalizers before spraying on. The result is superb. A final satin clear was applied overall. Masks for the Hinomaru were cut from masking tape using a circle compass cutter. 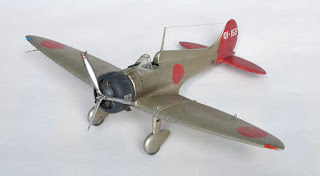 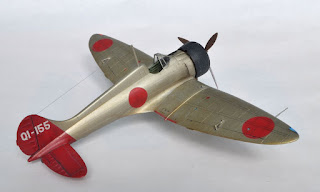 The model represents an aircraft on the carrier Soryu (蒼龍 - 'Blue Dragon') in December 1940, at a time when it was engaged in fleet training exercises between the occupation of northern Indo-China in September-October and the blockade of southern China in February 1941. Standard finish for the Claude at this time was natural metal with a red painted empennage and blue-black cowling. 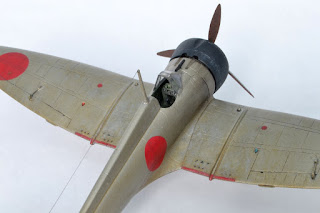 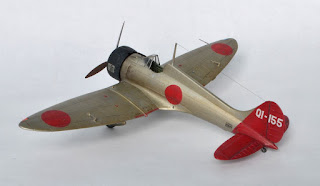 The Mitsubishi A5M Type 96 was developed from the experimental 9-Shi Single Seat Fighter mentioned above in relation to the Type 95 and which features in the Studio Ghibli cartoon film  'The Wind Rises' directed by Hayao Miyazaki. This tells the story of Jiro Horikoshi, the designer of the A5M and A6M Zero fighters. Fine Molds have also released kits of the gull-winged 9-Shi in 1/72nd and 1/48th scales. 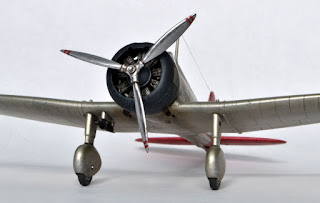 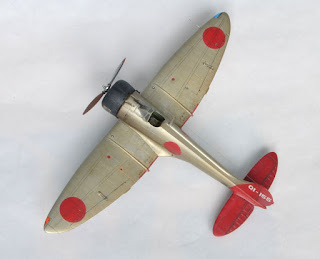 The Type 96 was the world's first operational monoplane carrier fighter and was flown extensively during the Sino-Japanese War in combat with both Russian and Chinese flown fighters, as well as in limited numbers during the first months of the Pacific War, being used as a fighter trainer afterwards. Many of the IJN's most famous Zero aces cut their teeth flying the Type 96 over China and it is a perennially popular modelling subject with the older but charming Nichimo kit in the same scale available since the 1960s. 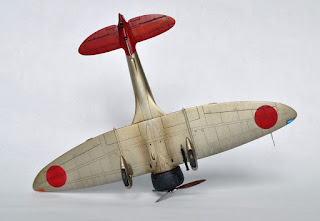 Fujimi released a series of exacting A5M kits from 1995 featuring all major versions from the A5M2 to A5M4 in various boxings. Hobbyboss have also released a less accurate 'easy-build' kit of the A5M2 which has also been marketed by Doyusha in Japan. 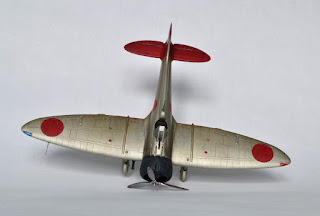 With special thanks to Jack for kindly permitting these two beautiful models to be shared here. This will be the last blog of 2015 and I take this opportunity to wish a Happy New Year to Jack and to all friendly Aviation of Japan readers with very best wishes for 2016.

Great models, my congratulations! Very realistic!
Dear Nick I take this opportunity to wish you and all the goers of this blog a very good and peaceful 2016! Let's hope the world can find out his way to a better life for all the human beings!
...and good modeling to everybody!
Danilo

These are beautiful models! Thanks for the chance to see them.

Have both of these models in my plans - great to see them built. Suberb job and nice presentation!