Hat tip to Aviation of Japan's Texas correspondent Mark Smith for providing a link to an interesting wartime film showing the Mitsubishi Ki-46-II Dinah in operation. Of note is the very pristine and semi-gloss finish of the paintwork - no salt treatment paint wear in evidence! Also apparent is the lighter tone of the ailerons, elevators and rudders. The film begins with a segment at a maintenance establishment (?) with a glimpse of the rare trainer variant and then shows operational aircraft with tail insignia attributed in different references either to the direct command reconnaissance unit of the 6th Air Army or the Dokuritsu Hiko Dai 82 Chutai (82nd Independent Air Squadron) - and usually associated with Ki-46-III variants. 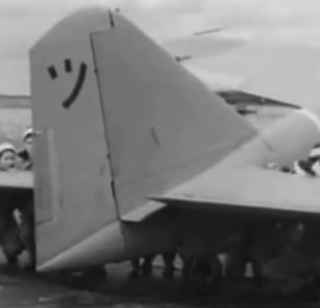 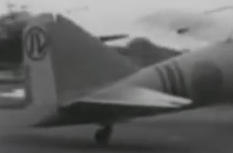 That unit clearly did not get the memo that their aircraft should have been sand-blasted down to bare metal. How dare they!? They also messed up by not using spinners on the props. Didn't they know that would anger IPMS judges decades later? :-)

This video inspires me to build my Hasegawa kit for my next build. Thanks!

Is the color guidance in your early Zero monograph applicable for these? In the video they look to be a light and uniform color to include the lighter control surfaces as you note.

Some would say so!

If you plan to use enamels Colourcoats ACJ12 Undersurface Grey-Green is quite a good representation of Army Hairyokushoku out of the tin, especially in the smaller scale.

Wow, this is a great find. Thanks to Mark.

1:1 XF-76 and XF-2 white look darn close to how my monitor renders your Humbrol mix. For the blue grey interior I am leaning 1:1:1 Xf-19, XF-50 and XF-2. This is definitely going to be one different looking Dinah. Thanks again for the wonderful information you provide!

Interesting film and when finished there is an array of links to other similar period films which are also well worth watching. I particularly enjoyed the Betty film with it's interior shots.

Thanks again Nick for the blogs you produce and your Britmodeller inputs.

A very merry Christmas and a happy new year to you.