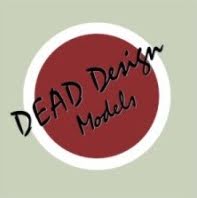 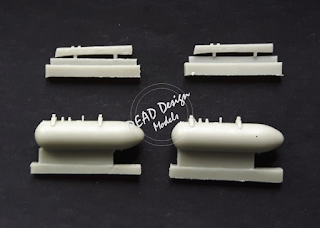 Set RM72001 (shown above) provides a pair of Type II wooden drop tanks and wing racks to rectify the surprising ommission of those from Tamiya's Ki-61-I Tei kit. The pieces are very finely and delicately moulded in a grey-green resin, requiring care in separating them from their mould tabs, especially the racks. 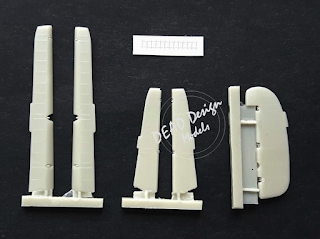 Set RM72002 (shown above) provides a set of separate replacement flight control surfaces for the same kit, consisting of a pair of ailerons, a pair of elevators and a rudder, all also neatly moulded in grey-green resin. Also included is a tiny sheet of aerodynamic hinge covers. 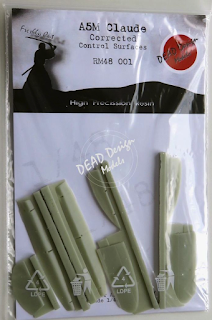 Set RM48001 (shown above) provides a set of replacement and correct flight control surfaces for all versions of the Fine Molds A5M2b (early and late) and A5M4 Claude kits, consisting of a pair of replacement ailerons, a pair of tailplanes with separate elevators and a rudder. Again these are exquisitely moulded in grey-green resin with beautifully rendered doped fabric and rib tape effect, especially on the rudder. 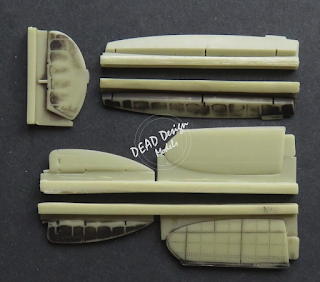 Set RM48002 (shown above) is a similar set designed for all versions of the Wingsy A5M kits.  The dark staining on the parts seen in the image has been added to better illustrate their surface detail; the actual resin parts as sold are pure grey-green.

With special thanks to Jan of Dead Design Models for the review sets.