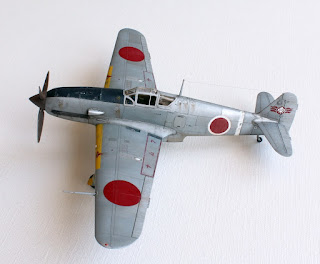 Jan Hajicek has very kindly shared these images and report of his excellent build of the Tamiya 1/72 Ki-61-I Tei kit, to represent an aircraft of the Hitachi Kyodo Hikoshidan at Mito airfield, Ibaragi Prefecture, Japan, in the autumn of 1944. A plain natural metal finish always seems to accentuate the Kawasaki fighter's fine lines and Jan's model is no exception.  In his own words then :- 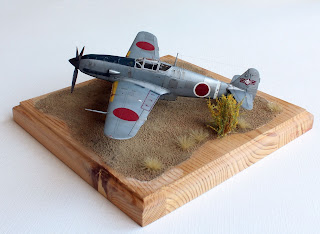 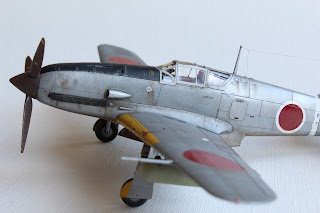 "This is a kit which I built to demonstrate my Inspection Covers Mask (Dead Design Models Set HC72001). Since I was pressed for time to complete it ready for a big model convention in May 2018 I managed to build it within 14 days. So far it is my lifetime record and I hope to continue in that manner since my 'Shelf of Doom' is full of kits I want to build. 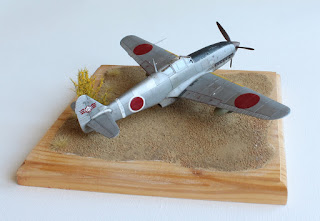 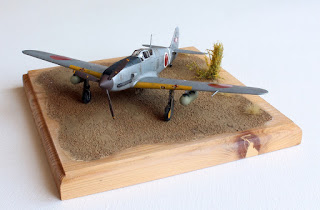 "Hien is one of my favourite IJA aircraft and this time I wanted to build one of the lesser known machines in a natural metal finish. At first I toyed with the idea of building an Akeno Kyodo Hikoshidan aircraft as at least two Tei variants served at Akeno as well as other versions. Eventually, I chose a Hitachi Koyodo Hikoshidan aircraft, this unit being a rival to Akeno and, for me, sporting a more attractive unit marking. As I had selected a machine from a training unit, possibly used for maintenance training, perhaps it had lasted long enough to show a faded aluminium appearance and that was exactly what I wanted - natural metal finish, interesting unit marking and faded appearance. 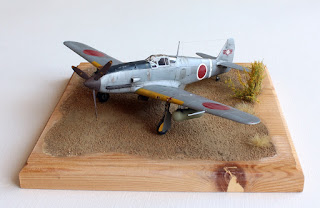 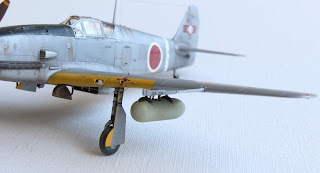 "The kit was built out of the box with just the addition of a photo etched seat harness. The antenna wire is Uschi VDR and the wing racks and external fuel tanks from my own production. I usually do not take work-in-progress photos but this time my cell phone to do so:- 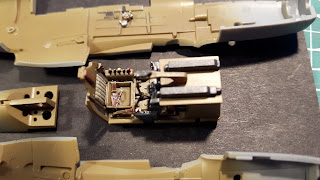 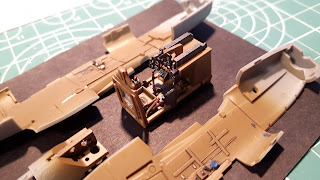 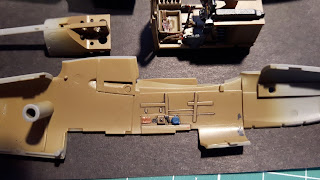 "The only problem I experienced during an easy and pleasant construction exercise was the mating of the dorsal spine to the fuselage. As with their 1/48 scale kit Tamiya used a similar construction but that was easier to install but in 1/72 scale construction is much trickier, with precision cleaning up and subsequent mating needed. Though I understand why they used this method – to preserve the longitudinal dorsal panel that is usually sanded off on other Hien kits – I’m not a fan of it for 1/72 scale. 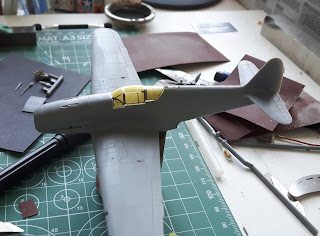 To distinguish the natural metal finish panels I used my own Inspection Covers Mask set and also masked off individual panels. 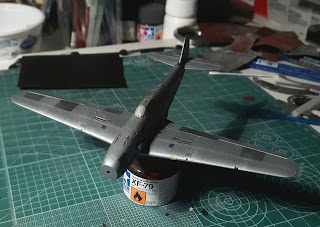 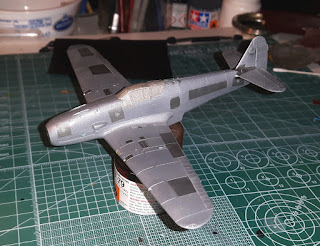 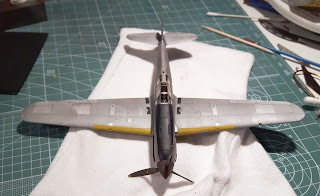 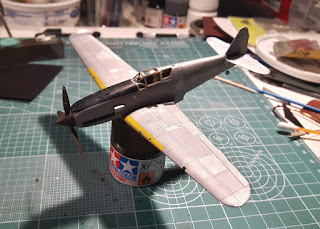 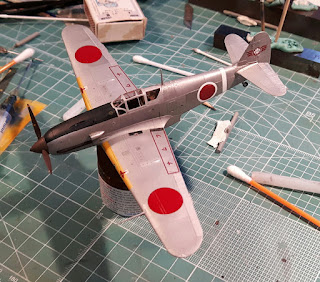 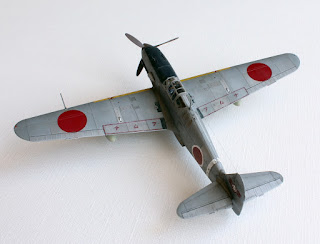 "Paints used were several shades of Alclad Aluminium colours, Gunze for the cockpit and Vallejo for the rest. Weathering was added with MiG, Windsor & Newton acrylics and Artist chalks. So this is my idea of a faded natural metal appearance (I already realized that on subsequent natural metal finish machines I will use different methods). Hope that you like it." 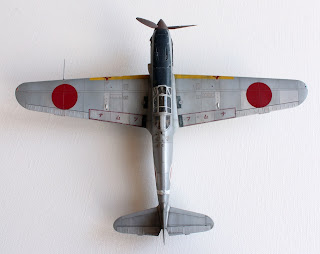 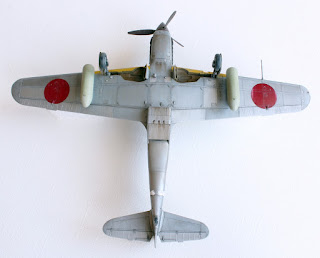 With very special thanks to Jan for sharing these images of his splendid model and his report of the build.
Image credit: All © 2019 Jan Hajicek

That’s a fine build, Jan, and a very instructional report. It will certainly help me with my NM Hien in 1/48. Thank you!

Very nicely done Jan. If I didn't know better and you had told me it is actually 1/48 I'd believe it. Very convincing finish.

Thanks guys.
It's always pleasure to read that anyone else likes my model.

I already have in mind 3 other NMF Id Hiens to be built and none of them from 244.Sentai

Magnificent build. The new Tamiya kit is a gem and your representation of oxidised aluminium is brillant. As per Chad comment above, I'd believe if someone told me this was a 1/48 scale model.

I love the dull metal also--the effect is understated and convincing. I also like the natural wood base, which brings home the scale of the replica.