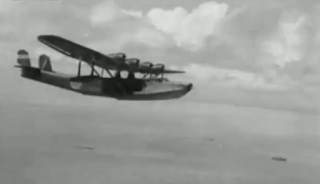 IJN 'Mavis' (Kawanishi Type 97 Flying Boat - 97 Shiki Hikoutei 九七式飛行挺 or '97 Taitei' 九七大挺) pilot Ensign Daita Kitaide's account of his flight from Surabaya, Java to Japan in May 1945 and narrow escape from marauding P-38s at Hong Kong, as told to Shorzoe Abe, was published in the August 1960 issue of the Royal Air Force Flying Review magazine. It is reproduced here in full for its historical interest (click on and then download the pages for a readable size). 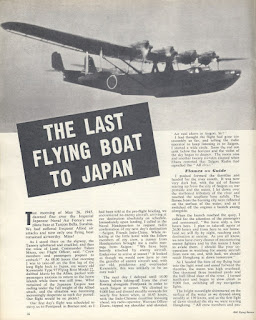 The 'Kiuling' seaplane base mentioned in the account is Kowloon. There were Allied fighter-bomber sorties across East and South China on the 28 May 1945 but the P-38 crash described by Kitaide cannot be confirmed (perhaps a bomb explosion instead?).  RAF Flying Review frequently published features on wartime Japanese aviation experiences such as this one, as well as articles on specific Japanese aircraft types, notable for their generosity towards Japanese aircraft design accomplishments, objectivity and lack of chauvinism, often within a decade of the war. 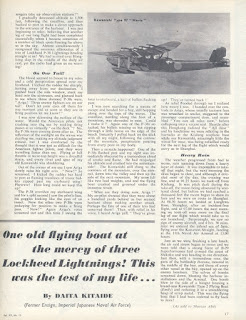 The venerable Hasegawa Kawanishi Type 97 Flying Boat H6K5 'Mavis' in 1/72 scale has been regularly re-released since 1969 in various guises, most recently (below) as a torpedo armed aircraft of the Yokohama Ku in overall grey with tail code Y-99 and the option of a Toko Ku aircraft with tailcode O-21. Whether it will eventually be re-moulded like their Emily kit remains to be seen. In 2003 the type was also kitted by Monochrome in 1/144 scale in both naval and civil variants and subsequently re-issued by Trumpeter. Pit Road issued a double kit of Emily and Mavis in 1/700 scale in 2016 whilst Combrig (Russia) released a 1/350 resin kit of Mavis. There was also a 1/700 plastic kit of Mavis released by Y.M.C. in 1961 which can be seen here. 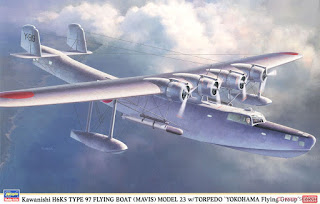 Really enjoyed the story ! Thanks a lot !

According to Arawasi blog :

He wrote a book

He seems to be no ordinary pilot !

Thank you for the additional details about Daita Kitaide's book and the link. Much appreciated.

Thanks for this, Nick - a story new to me, from a source that never made its way to America too often. If there are other early nuggets from this magazine's pages, I'll look forward to them also.

Great story Nick, thanks for sharing. I really enjoyed this.