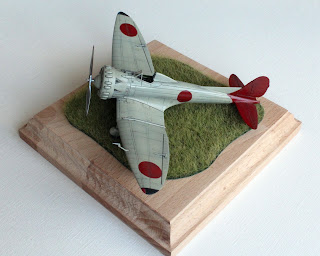 Jan Hajicek has very kindly shared these images and his build report of the Fine Molds 1/72 IJN 9-shi Experimental Fighter (Mitsubishi Ka-14 Improved Prototype) at Kagamigahara airfield, Japan in the Spring of 1935. In Jan's own words then: 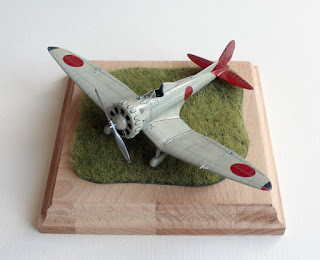 "The Type 96 kansen is one of my favourite IJN types where I’d like to build the whole genealogy. I have already built a 1/72 scale A5M4 and 1/48 scale A5M2b Early and since Fine Molds released the 9-shi Experimental Fighter (Mitsubishi Ka-14 Improved Prototype) last year I was happy to get it because the first prototype released as a Model Graphics magazine issue was hard to obtain (although I do already have one). The kit is much better that even expected revealing finely recessed panel lines with excellent cockpit and engine details. 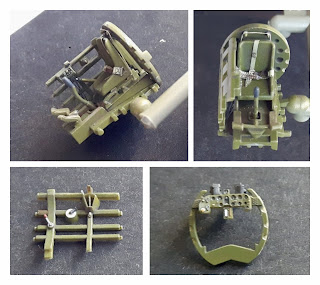 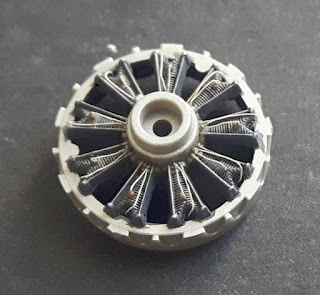 "The kit was built almost straight form the box. I  added some wiring to the cockpit and engine and a seat harness from photo-etch. That was my idea to finish the kit quickly. It was an enhanced prototype and should look like new – shiny and almost clean. 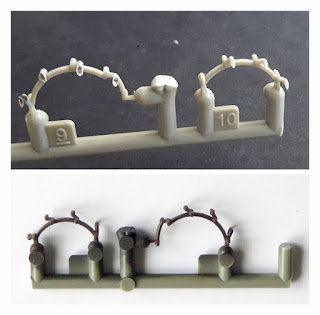 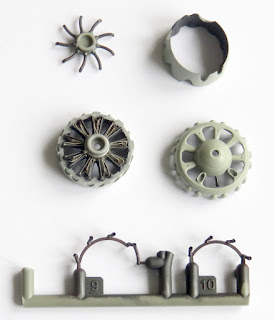 "During the process I found that the exhaust stacks protruding from the cowling would be evident and I could not live with the fact they were not hollow. As the exhausts are in the form of tubes that were diagonally cut off I wondered how I should recreate them without spending too much time. This is a common catch that usually stops my progress. But this time an idea quickly came. I used thin aluminium foil from which I formed tubes over an Evergreen plastic rod, glued the mating line and then cut the desired angle. Then I slipped them off the plastic rod and attached them to the already adjusted, shortened kit part.  The result looks much better than solid plastic. 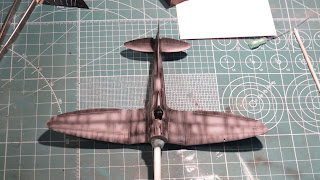 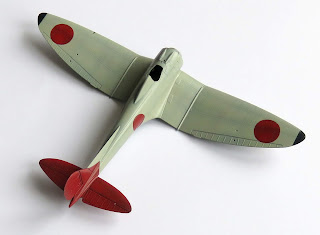 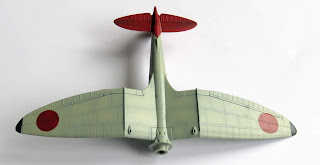 "The construction of this kit was easy and delightful. Every part mated with the other as it should and the only trouble I encountered was in mating the cowling assembly to the fuselage. That was mostly due to the thick colour coat I had sprayed since I painted the cowling assembly and fuselage separately and assembled them afterwards. 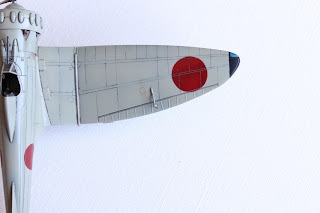 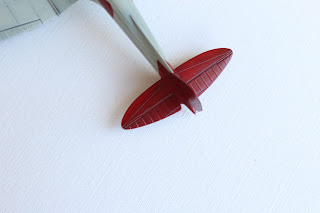 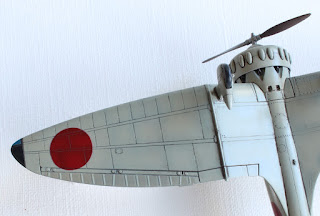 "When Hasegawa released the 1/48 E8N Dave in 2015 featuring overdone fabric and ports I wondered how this could be revised. At that time an idea arose of a mask that after spraying would create an optical illusion. It took time to realise that idea (in the meantime a fellow modeller from CZ had started to produce such masks for 1/72 scale kits) and I first used it on this kit, even though I used a similar method on my Fujimi 1/72 scale Type 96 Model 4 Kansen. I must admit I have not mastered this method yet but the result is good for a 1/72 scale kit. Unfortunately the oil wash almost ruined my work as it absorbed into the clear coat making the overall appearance faded. 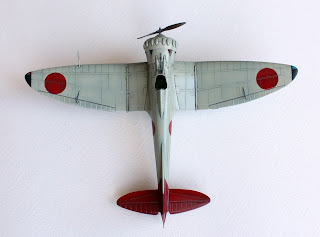 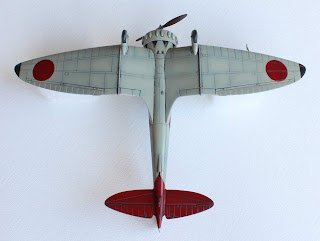 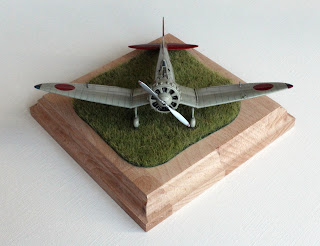 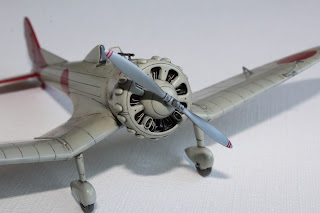 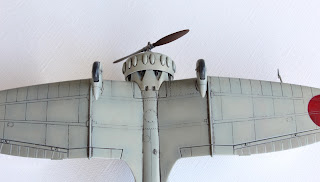 With special thanks to Jan for sharing these photos of his excellent model and the details about his build. If anyone is interested in the masks for this kit please email Jan. 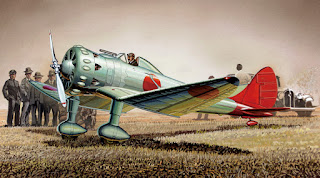 Superb model, Jan! It is small in 1/72, isn't it? I like your idea for the hollow exhaust pipes. When I can't drill them I use a similar method of adding paper jackets. I must admit that I don't quite understand the trick you describe for the fabric areas. Thanks for sharing the pictures.

Really nice work, Jan. I'm with Michael in liking your idea for exhausts.
Thanks for letting us see it, Jan and Nick.

Thanks guys.
I will make step by step guide for the Optical Illusion mask (I already have 4 of these) and post it to make things clear.
It is easy process hoe to obtain real like appearance of your kits fabric covered surfaces.

Excellent work that produced a stellar model !..and thanks for sharing your exhaust stub technique..no doubt I will attempt to do the same :)