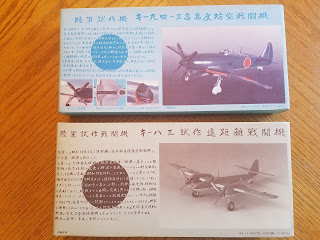 Two more rare resin kits from the collection of Kevin Bade which he has kindly shared here. Both are to 1/72 scale. Kevin believes they were made by a Japanese hobby shop and he bought them via a friend with contacts in Japan. The only English is 'Mechadoll' on the cardboard backing of the Ki-94-II kit (and recorded as such at Scalemates), but not sure if that is the actual trade name. There are no decals but the castings are excellent and Kevin reckons them to be as good or better than anything since. 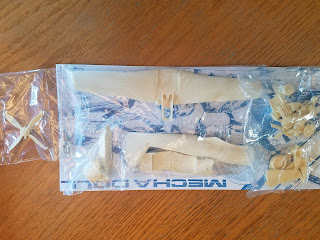 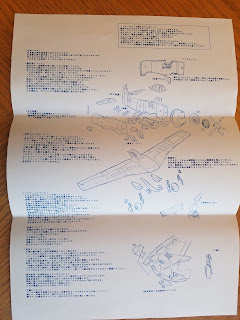 Crisp moulding and internal details together with comprehensive instructions distinguish the Tachikawa Ki-94-II kit shown above, released during the 1990s. RS Models issued a series of limited run injection molded plastic kits of this type from 2006 with the most recent re-release featuring decals for three spurious  operational schemes last year . 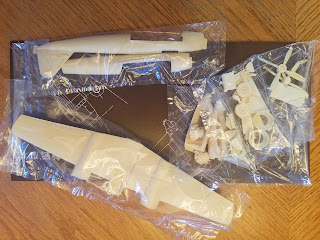 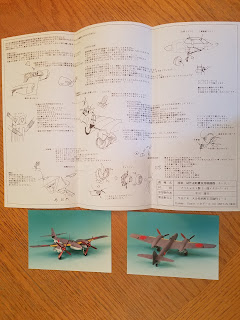 The Mitsubishi Ki-83 kit appears to be an equally impressive product, the colour photos revealing a good looking model of a very attractive twin-engined fighter design. MPM released an injection molded plastic limited-run kit of the Ki-83 in 2000 which was re-released in a 'High-tech' version by Special Hobby in 2008.

With special thanks to Kevin for providing these images and details of the kits.

Great to see these, thanks - the Ki-83 is one of the sweetest-looking twins ever. Marvelous kits to be so generally unknown.

Thanks for sharing this information Kevin & Nick.