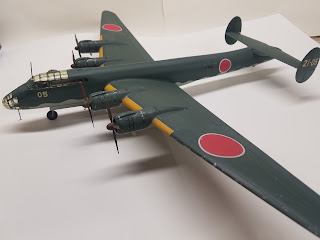 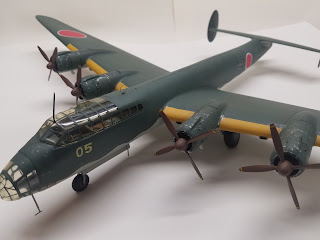 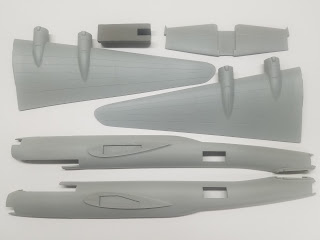 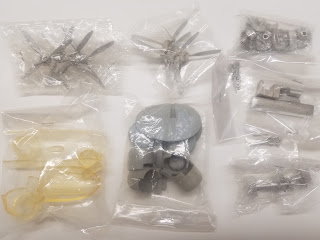 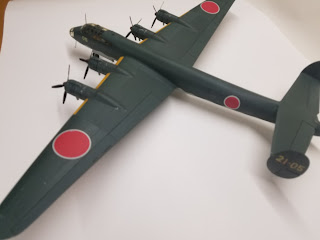 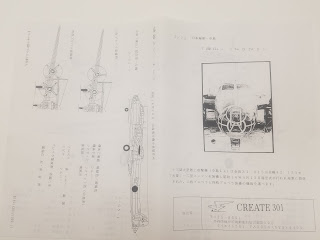 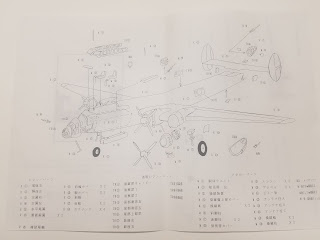 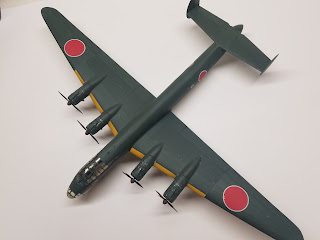 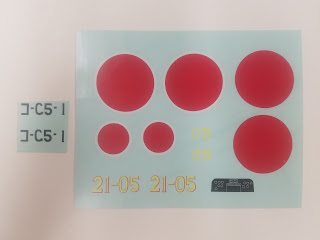 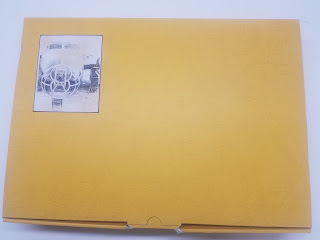 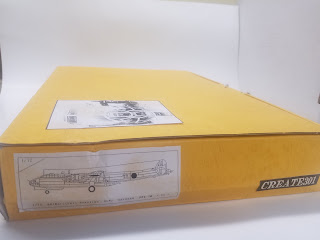 Very nice Kevin, it's really a pleasure to look at knowing what was involved in the construction. I looked at the "clear" kit provided parts and you did a masterful job in salvaging them for use. Curious if it fits on a regular model shelf?

Thanks for sharing it with us and Nick for featuring it.

Bravo, Kevin! Sounds like this beast requires more of everything: cash, determination, balls, and imagination. It looks great! Thanks for showing it to us, Nick. I should have known I would see one here. The kit itself is legendary - everyone's heard about it,but never seen one. This is the first I've seen built. I'm with Jim on the transparencies, the really make the model.

Maybe Stephen King should write a horror novel about it. "Priced so it couldn't sell, too heavy to support itself, it never *wanted* to be built; and at night, Kevin's eyes played tricks on him, as the petulant model, which had been nothing but trouble to build, seemed closer to the shelf's edge
with each sleepy glance. 'Just resin,' he whispered. 'It's only resin...'

What a beautiful monster - two of them would eat up all my shelf space, and perhaps break through the very shelf...? I can't but admire such once-in-a-lifetime projects.
What next - same one in 1/48?

Wonderful work on a challenging kit. I had never seen one, either. Thanks for sharing!

Thanks for sharing your epic success :)

Thanks for all the kind comments. First, no I don't have a shelf big enough for it. I had to build a box to store it in. Liz is a high maintainence gal. Secondly, thanks for the praise on the clear parts. Another reason I thought it might have been better as a vacuform is even though they were Futured you can see that clear resin yellows with age. Still glad I built it. No sense in buying these kits if you can't build them. Fun to look at in the box....but better assembled.

Blimey what a monstrous kit! The end result looks mighty impressive and will no doubt be a centre piece in your collection. Blood sweat and tears, no doubt, but it paid off. Very cool!

Very nice work, Kevin. Thanks for sharing it with us.

I have the very very awful �� unicraft kit of the nakajima g5n shinzan! Unbuilt! There is alot that the kit doesn’t give you that has to be scratch built and some of the parts from the kit must be reshaped and redesigned! I will take parts from the new hasegawa kawanishi h8k1 kit and make resin copies of some of parts for example the cockpit stirring wheels and the 4 bladed propeller spinners and some of the engine parts engine shells and engine motors are the same design as the g5n shinzan! I have the 1/144 Anigrand kit of the nakajima g5n shinzan built I don’t know why hasegawa won’t make a 1/72 g5n shinzan?!

Well Done Kevin! You built my holy grail kit! I lost the bidding on a Create 301 Liz two years ago when it went for well over $800 USD. OH well one day I may come across another one and have to bid higher!