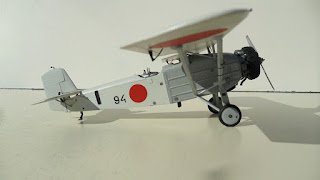 John Haas lifts the curtain on the finale of his magic show, the completed model:- 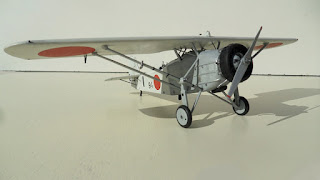 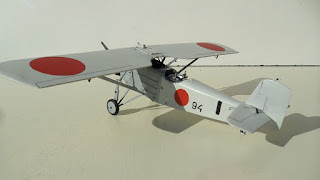 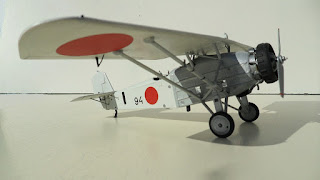 'The next step was to add some more small parts, on the right wingstrut was attached a pitot tube including the wiring to the fuselage. Next came a pair of tail supports struts and a tailskid. The exhausts were a complicated affair. The upper 3 cylinders had the exhaust pipes connected to a kind of a collecting tube, the other lower cylinders had individual ones. I have seen this construction earlier applied to a Fokker Super Universal. I suppose the purpose of this was to keep the hot exhaust gases away from the pilot's windscreen. 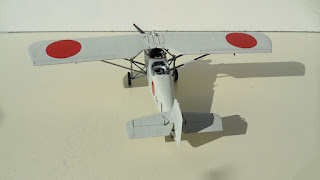 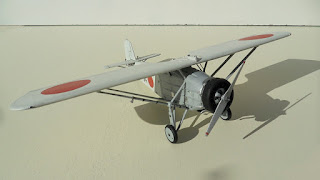 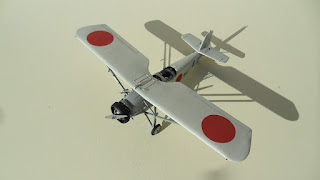 'After adding the navigation lights, I painted the rest of the model in the light grey. The undercarriage and struts were painted in the aluminium mix. Finally the propeller was painted silver with red warning stripes. After searching in the sparebox for decals I only found some hinomaru and numbers for the fuselage. The hinomaru on the wings were quite large, so I had to make them from scratch. I sprayed a piece of white decal paper in red and then I careful cut four roundels by hand. 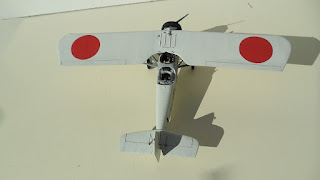 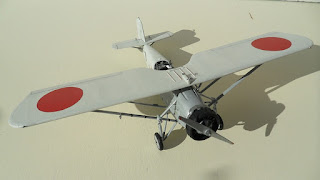 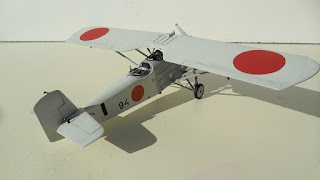 'Now my model made it to the finishing line. In conclusion the Mitsubishi was fun to build. Getting the front part of the fuselage with both cockpits in the right shape was the most difficult part of the construction. And of course, as always, I would have liked to have some more information, but I managed with what I could find. I hope the readers enjoyed the building and that my my tips and tricks are of some use for modelers :-) 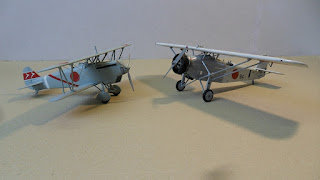 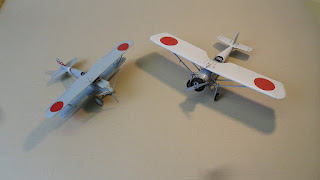 With special thanks to John for sharing this project which resulted in a superb and convincing model of a rare type built entirely from scratch.

..and the masterpiece is complete!

Simply superb and a delight to see

Gratitude to John and Nick for taking the time to share

Excellent work and superb result. Thanks for sharing.

Outstanding job. A masterpiece of dedication and finesse. Congratulations!

True scale modeling. Sir Harry would be proud. I stand in awe of this.

Artfull modelling. Just a magnificent result. Thanks for sharing this it inspires me to give a try. Though I'm fairly certian mine will look more like it is made of Legos.

Thanks John, for sharing another unique build. There is still an element of 'the dark arts' each time I see one of your finished products, but when I can see them 'on the ways' as with this project, I'm reminded that they are mostly hard work linked with the confidence that comes from doing a thing well often. Thanks Nick, for bringing these jewels to us.

A wonderful series documenting this labor of love. Thanks for sharing with us, John!

A most impressive result, including the Ki.10, John. Thanks for sharing, John & Nick.