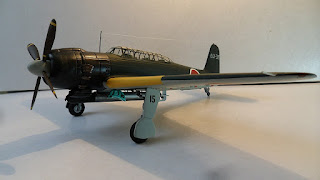 In response to the blog about the Toltoys 'Jill' and Warren's request to keep 'old stuff' coming, John Haas (who has another forthcoming building treat in store) has very kindly submitted images of his own B6N model made from the Wings 1/48 scale vacform kit in 1982. 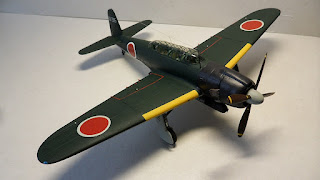 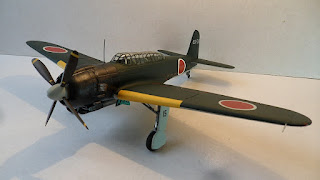 John recalls that it was the arrival of UPC kits which introduced Japanese aircraft types he had previously known nothing about. He found that Wings made some fascinating 1/48 vacuform kits which became his first steps towards scratch building. John hopes that readers will enjoy the pictures of this model which still looks well after nearly 40 years. 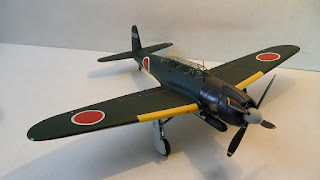 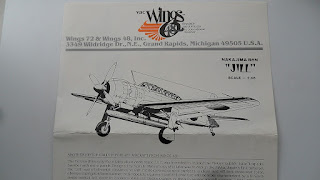 With special thanks to John for another trip down memory lane and more evidence of his very fine modelling. 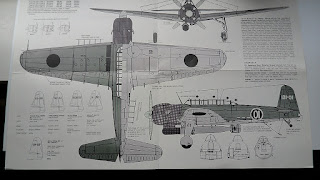 Well done John! I love those old kits. It's inspiring what you made of it.

Very nice realisation for so difficult kit. Thanks for sharing.

Nice looking Jill its in great shape for being 40 years old. I attempted the VacWings 1/72 B6N when I was a much less experienced builder way back when and it never saw completion or paint as while I was struggling through my first ever vacuform lo and behold Fujimi released their kit. Doesnt it always happen that way? Really, really super job John on a kit that must have been challenging. Keep the classic kit blogs coming Nick.

Love it! Great seeing this kit built, can't ever recall seeing one built before. Thanks for sharing!

I, for one, start to shudder and shake when I see the words "Vac-U-Form" so this makes this achievement by Mr. Haas is even more impressive!

Thanks to John & nick for this one.

From another confirmed vacuform coward, Hats Off to you John for sharing these images of a great build! Thanks Nick.

Is this John Haas who I went to school with from Santee California?