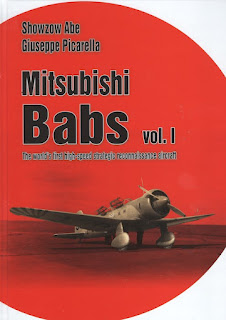 The Imperial Japanese Army Type 97 Command Reconnaissance Plane (97 Shiki Shireibu Teisatsu-ki - 九七式司令部偵察機) known as the '97 Shi-tei' (九七司偵) has long been a popular modelling favourite in all its sub-types, from the various Army and IJN variants to the civilian record breaker 'Kamikaze'. In the mid-1970s both Mania and LS released 1/72 kits of 'Babs' (its Allied reporting name), the former producing kits of both the military Ki-15 and civilian 'Kamikaze', the latter producing a family of four variants: Ki-15-I, Ki-15-II, C5M2 and 'Kamikaze'. The Mania mould was quickly taken over by Hasegawa and their Ki-15 kits re-released intermittently, including a combo kit of 'Kamikaze' and 'Asikaze' in 2007 and together with the Ki-46 in another combo kit as recently as 2017. The LS kits are still available now under the Arii Microace label and have been featured here. For many years the only choice for 1/48 modellers was the Marusan 1/50 scale kit from 1964, re-issued by UPC as the civilian  'Kamikaze' in 1965, but in 2018 Fine Molds released a family of new Type 97 kits as Ki-15-I, Ki-15-II, C5M2 and civilian 'Karigane' editions.

Despite this modelling popularity there has been a paucity of in-depth documentation on the type. There was no Profile publication in the 1960s and no colourful Aircam title in the 1970s to go with the appearance of kits. Not even an early Japanese Famous Aircraft of the World (FAOW) edition is recalled. Only very recently was a Model Art special on the type published but it was predominantly in Japanese language and is completely eclipsed by this new publication. This book, perhaps a surprise to some, addresses the deficit magnificently. In fact, although perhaps a cliché, the book's sub-title of 'The world's first high-speed strategic reconnaissance aircraft' might justifiably be added to with 'Everything you ever wanted to know about Babs'.

Published by Stratus as MMP Books, the book is authored by two established authorities in the field of Japanese historical aviation and those familiar with Giuseppe Picarella's previous title on Japanese transport aircraft will be in no doubt as to the quality, comprehensive coverage and technical detail to expect. The late Showzow (Shorzoe) Abe was a veteran Japanese researcher and author with an illustrious record in co-operating with English language authors and titles since the 1950s, both in aeronautical magazines and books, frequently based on his access to those actually involved. The 192 pages of this 30.5 x 21.5 cm lavish hardcover book are packed with the fruits of their combined expertise and a second volume is on the way! It is the kind of book that in the 1970s enthusiasts might only dream of, but the wait has been well worth it.

The book is structured as follows:-

The Notes section is a comprehensive survey and summary of Army and Navy designation systems and terminologies, including  civilian terminology and Allied reporting names. This is followed by the first chapter, a fascinating study of the period 1911 to 1935 by aircraft types, offering exceptional detail and photographs to throw magnificent light on what has hitherto been much in darkness.

The second chapter follows the development of Naval aircraft types, principally by Mitsubishi, with the same individual studies of each aircraft, again with well chosen and presented photos, culminating in examination of Kagamigahara Army airfield, the personalities involved in development and a biography of designer Fumihiko Kouno 1896-1982. 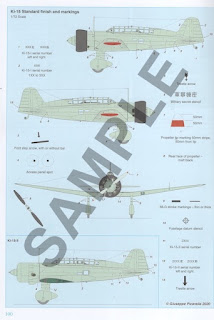 Chapter 3 focuses on the strategic reconnaissance role and delves deeper into the development of Babs with, in addition to photos, colour schematics and plans by Picarella, a 1/48 scale colour profile of the prototype Ki-15 c/n 1501, also by Picarella, and another biography, this time of Youzou Fujita 1898-1939 a notable Army pilot. In this chapter various colour schematics and plans are especially interesting and of value to the modeller. Of mention here is the well presented size and quality of reproduction of photographs, a feature throughout the book. 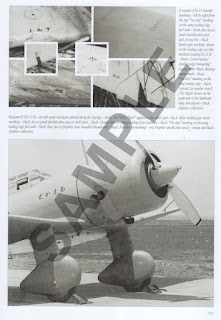 Chapter 4 is a wonderfully detailed account of Kamikaze's flights to Rome and London with excellent colour profiles of the aircraft as well as good clear photos of aircraft and crew. Biographies of associated personalities Masaaki Iinuma 1912-1941 and Kenji Tsukagoshi 1900-1943 are included, and these are both noted as Part 1 so there are more to come. Author prepared 1/48 scale colour profiles continue with J-BAAL 'Asakaze', c/n 107 'Sochikaze', c/n 2012 'Amakaze' in its three different appearances, J-BACL, J-BACR and J-BACK, Osaka Mainichi Shumbun's 'Karigane I' and 'Kotobuki'. These profiles are presented very clearly and cleanly, and will be inspiring eye-candy for modellers looking for something different and hopefully for decal manufacturers too. 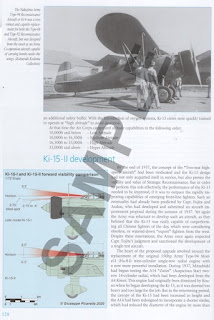 Chapter 5 focusses on the first operational service of the type over China, again with colour plans in 1/72 scale showing variant and panel details. Of special interest here are details and profiles of the early civilian Babs pressed into military service with some interesting camouflage schemes. This chapter is awash with page after page of superb 1/48 scale colour profiles and schematics presenting the standard factory finish, camouflage and unit markings in exceptional detail, including a unit organisational discourse in tabular and pictorial formats, the latter exampling Hiko Dai 8 Sentai. Excellent and excellently chosen photographs delight throughout. Meaty sub-sections to this final chapter  cover earlier reconnaissance operations over Manchuria from 1937 to 1939. Then development of the Ki-15-II; the Nomonhan Incident; Manchuria and Korea operations from 1939 to 1945; historical summaries of individual Ki-15 units; an interesting digression on RAF photo-reconnaissance and Spitfires; the Ki-15-III; French Indo-China; clandestine flights; the Pacific War; Home Islands and Brigade Command Reconnaissance Companies; Flying, Aviation and Technical schools; the Part 2 biography of Kenji Tsukagoshi; Manchukuo use; and most interestingly post-war use by Chinese Nationalist and Communist forces with relevant profiles. Again this coverage is superbly served by no less than 41 1/48 scale profiles throughout, in addition to numerous colour unit insignia schematics and 1/72 plans, with no Ki-15 stone left unturned as far as I could tell. 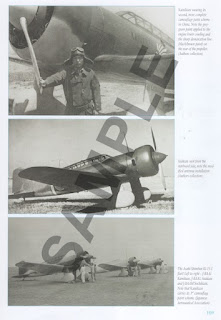 This very highly recommended book is a brilliant tour de force on Babs and should be considered essential for anyone with an interest in studying and/or modelling the type in all its many guises and a most valuable addition to any aeronautical library. In fact it is an inspiration for modelling the aircraft. I was left thinking, based on the superlative data in this book, that a new mould, multi-variant 1/72 scale kit of the 'world's first high-speed strategic reconnaissance aircraft' is surely warranted as the available kits are now nearly 50 years old. How about it Arma Hobby? And surely a 1/32 scale kit shouldn't be far behind? 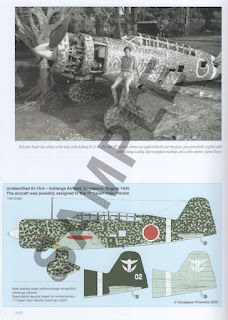 Many more sample pages from the book and further details of its contents may be found in this comprehensive review at the Aeroscale website.

The second volume on Mitsubishi Babs, eagerly awaited, will cover the development of the Naval C5M, IJN operations, plus many more photos, more artwork, original engineering drawings and a complete technical description of the aircraft and equipment. 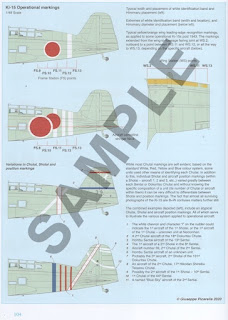 With very special thanks to co-author Joe Picarella for the book sent from MMP Books for review by Aviation of Japan.

Thanks for this notice & review, Nick.

Wonderful! Many thanks Nick for making us aware. Just ordered it!

I saved this to my wish list at Amazon a while back. Still saving my pennies to buy a copy, but Arma Hobby keeps releasing great kits and Rising keeps releasing decal sheets and my budget gets blown.
This is truly a wonderful book by all appearances.

Cant wait for this book and am I seeing this right its Volume 1? Amazing how little has beem published in English on this famous and effective recon aircraft. I preordered my copy.....checking the mailbox soon.....

Impressive and the subject is so very fascinating…, a definite must-have for me!

Can't wait to see this one! Long desired. Thanks for the excellent review, Nick.

Thanks so much for this Nick, I was awaiting to hear something on the book before ordering a copy. It's appreciated!

US customers try the Book Depository online. The book is only forty dollars there, with free shipping.