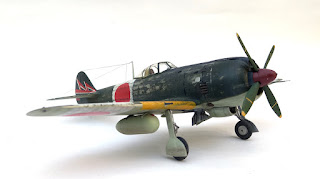 This 1/48 scale Ki-84 Hayate model was built by Dario Risso from the Arii (former Otaki) kit. The model was built mainly out of the box but Dario added cockpit, engine and other details using plastic card, stretched sprue and copper wire. 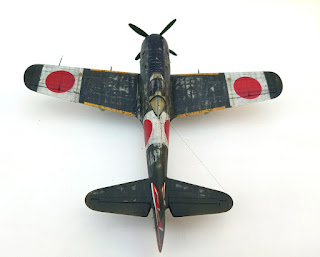 Dario detailed the cockpit (shown below) by adding some wiring made out of copper wire and stretched sprue, added some control boxes, and a seat cushion made from styrene sheet. He made the seat belts using tin sheet with copper wire buckles. 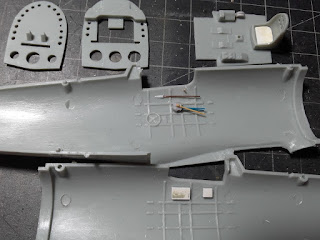 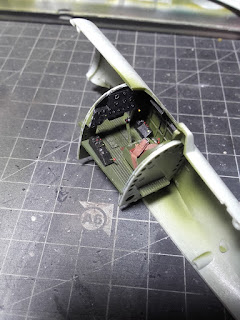 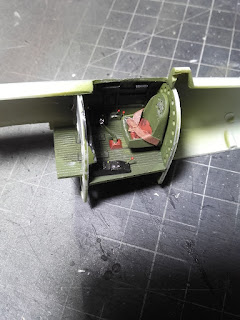 The engine was detailed by making .3 mm holes for the spark wires. Dario used copper wire again, this time heated to make them softer and dull looking. More styrene sheet and plastic wrapped wire was used to detail the engine. (shown below). 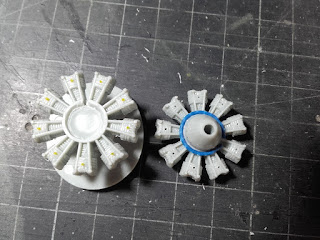 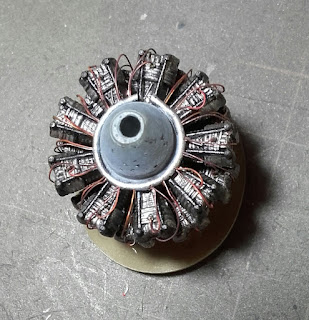 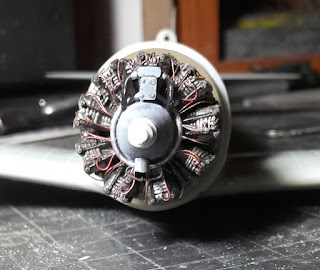 Dario added the fuel tanks caps and the warning buzzer with small styrene discs Some putty was applied in the small gaps between fuselage halves, then sanded. After cleaning the model with dish soap and rinsing well he applied a coat of primer and after it dried, a couple of coats of Gaia Duraluminum. 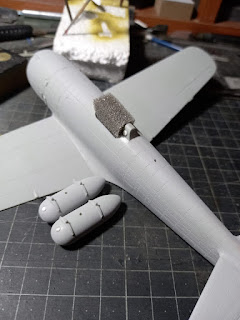 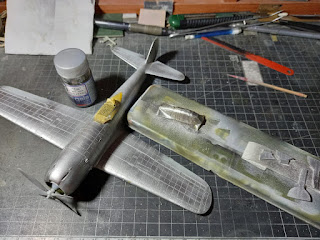 Dario masked off the model undersides with masking tape and applied a coat of  hairspray, direct from the can. Then a coat of Tamiya JA Green was applied and after 10-15 minutes he used a brush to wet the surface, applying water in zones and rubbing with a short bristle brush and a toothpick. Following that he masked off the wings and fuselage to paint the white Home Defence bands, followed by masking and painting the hinomaru. Then the orange-yellow markings, so more masking, hairspray, painting and paint chipping. 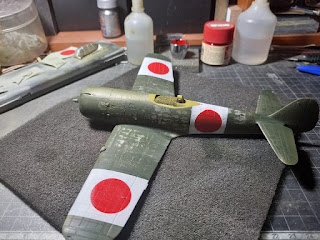 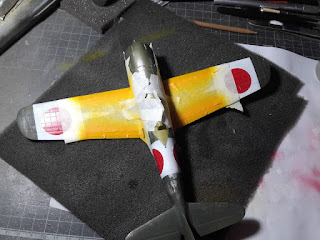 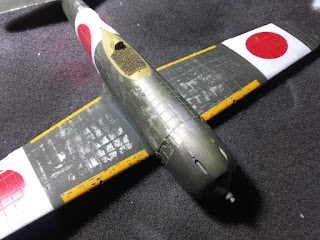 The next step was to apply two coats of acrylic floor polish and the unit decals to represent an aircraft of the Hiko Dai 47 Sentai's 2nd Chutai, one of the subjects of the original kit. That was followed by painting the almost black antiglare zone. The final step was to apply oil washes, black on green painted surfaces, grey-brown on other surfaces.  The paints used were:- 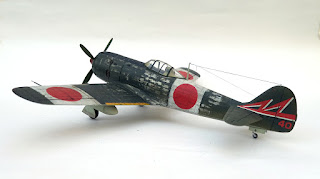 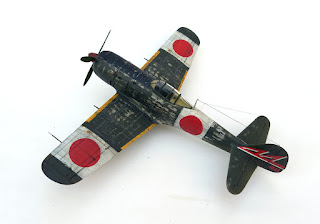 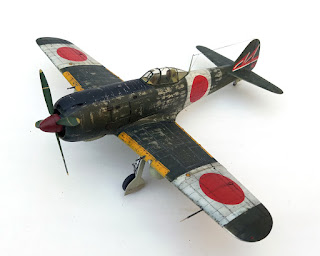 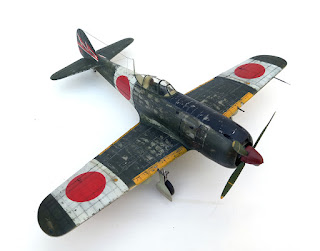 With special thanks to Dario for sharing these images and details of his excellent Hayate build. The representation of wear over panel lines is especially well done. The Arii ex-Otaki kit was first released in 1973 so is approaching its fiftieth year of long service and good conduct. It is still in stock at HLJ at a sale price of only £6.77 (usually £8.46), remarkably good value in this day and age. 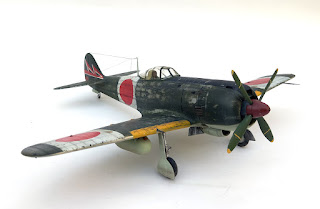 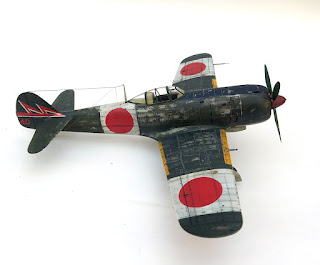 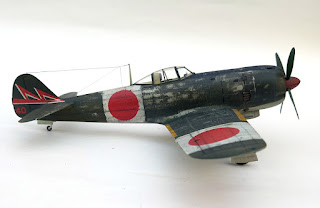 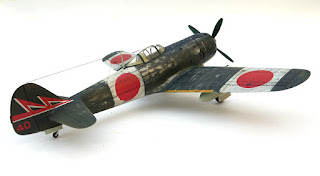 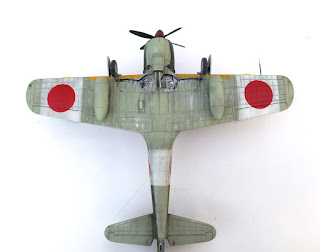 Wonderful result! Dario created a superbly detailed and appropriately weathered Hayate. I love the Otaki kits, particularly when they are masterly improved like Dario's model. It's an inspiration. Thanks for sharing.

Amazing workmanship on display and fantastic results from such a venerable model kit !

An excellent realisation of such an old kit. Detalisation and weathering is fine.

Great job, Dario. It is still a good looking kit despite the age.
Regards

Very nice work, Dario. The meticulous preparation and planning had their reward in the candid look of this model. Thanks for the ideas shared.

Thanks Nick, for showcasing it here; if only Otaki had had you on the payroll as a consultant / public relations, they might have stayed in business! I have seen so many inspiring builds here of their classic 1/48 line which have proved their continuing value.