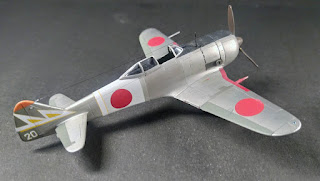 Continuing a short season of Japanese Army fighters regular AoJ correspondent Alex has shared these images of his 2021 build of the 1/72 Sword Nakajima Ki-44-II 'Shoki' 'Tojo'  kit released in 2011 (and in-box reviewed here). 'Shoki' is always a favourite here but the Sword kit is not seen so often in built model form. 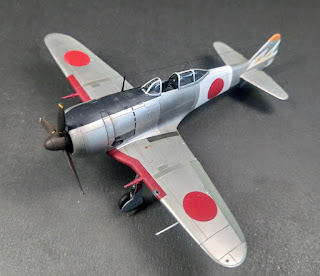 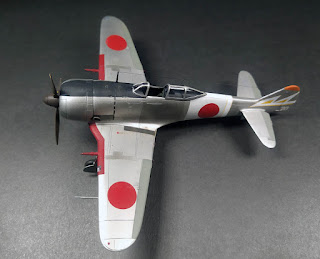 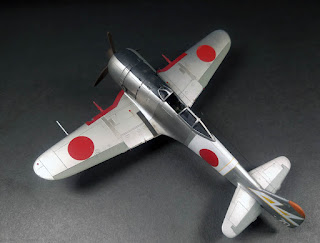 Alex chose one of the kit's subjects, a 40mm armed Ki-44-II Otsu white '20' of Hiko Dai 47 Sentai at Narimasu in late 1944, differing from Sword's instructions by depicting the leading edge IFF strips in red rather than yellow. 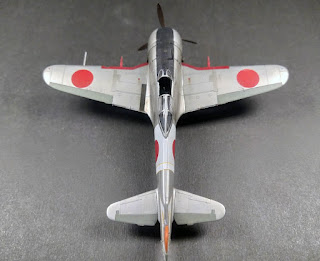 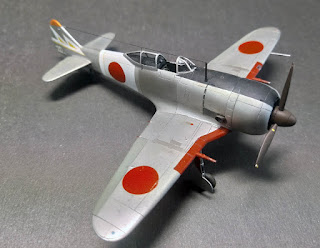 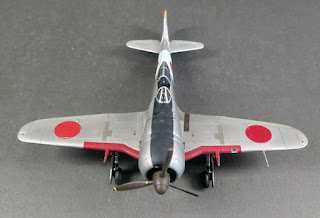 The 47th's confusing Chutai identity colour sequence has been discussed here before so we won't go there today. Suffice it to say that Sword identify this particular bird as being from the 1st Chutai. In December 1943 the 2nd Chutai had been detached to Tokorozawa airfield where it had the opportunity to fly and test the Army Flight Test Centre's Focke-Wulf Fw-190 A5 against its Shoki thanks to the auspices of former unit commander and then test pilot at the centre Maj Susumu Jimbo.  In October 1944 the 47th was rated by Army Air HQ as the best unit in the 10th Air Division with many skilled pilots.  During this period the 10th Air Division commander had instructed that each of the Sentai within his command would be required to form special air-to-air ramming units in flights of three or four aircraft. In the 10th Air Division, these small flights of stripped and unarmed fighters, often garishly painted, became known as Shinten Siekutai or ‘Heaven Shaking Air Superiority Units’. In early 1945 the unit was transferred under direct command of the 6th Air Army and began to re-equip with the Ki-84 Hayate to serve in the bomber escort role against expected enemy carrier attacks. On 19 March 1945 the unit was again transferred, this time to the newly re-formed 30th Fighter Group for the 'Sei-Go' operation as part of the 'Mobile Air Defence Forces' which would take over from 6th Air Army in defending the Kanto region against invasion, being based at Miyakonojo West airfield. The 47th ended the war at Ozuki after transfer to the 12th Air Division in July 1945. 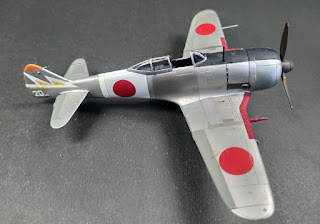 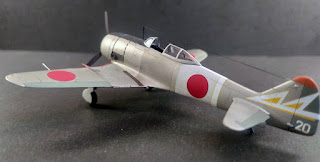 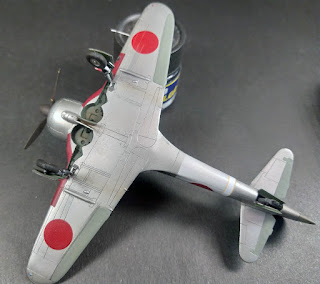 The interior of the Sword kit is significantly more detailed than the Hasegawa kit of 1972 but little can be seen in the finished model if the cockpit side doors are not displayed in their open condition. Alex also photographed the final result for comparison besides an old Hasegawa Ki-44. 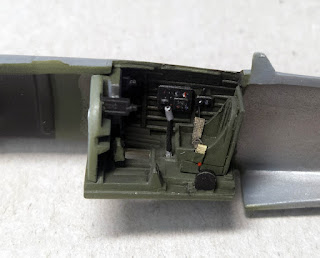 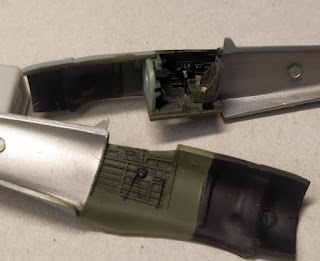 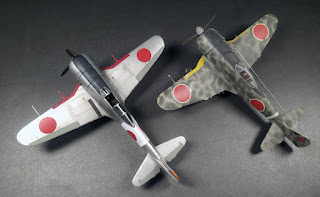 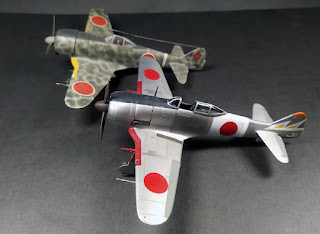 With special thanks to Alex for sharing these images of his excellent model and for his kind patience in waiting for them to be shown here. More Shoki delight to come.
Image credit: All © 2022 Alex
Posted by Straggler 脱走兵 at 13:39

A lovely model with an interesting variety of colours - great work, Alex!
Comparing both models from the top, the contour of the engine-fuselage area appears different in shape, with the Sword kit probably a bit too narrow-waisted at the flaps. Really nice juxtaposition!

Really lovely NMF Shoki Alex first time I recall seeing the Sword kit built. Never compared it with Hasegawas but judging from the photos my eyes tell me either the outer wing panels are more tapered or are they just longer than Hasegawas. In any case really neat to see both together and I dig the mottled "old" Tojo too. Appreciate it Nick & Alex

Such an excellent Shoki !

Thanks to both Alex and Nick

Alex, it's always nice to see your superb work on this blog, and this Shoki is typically inspiring. The red leading edges look great! Thanks for sending it, and Nick, thank you again for formatting the package for our enjoyment.

I've had my head down awhile with other obligations, and on checking the blog here found three great models with writeups waiting. Back in the day, seeing a Japanese subject in a model magazine was too rare a treat, and frankly most weren't as nicely done as can be found on A of J. Here, the archive is filled with just about everything in the inventory.

Beautiful work, and I'd like to echo what Mark said, it's so rare to see Japanese a/c in publications, but on here, there is an abundance of quality seldom seen anywhere else. My hat is off to Nick and the wonderful modelers who share their work with us to inspire, educate, etc.

Beautiful work, Alex. Thanks to Nick for the history of the unit, & to both for sharing their efforts with us.