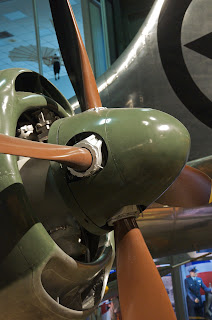 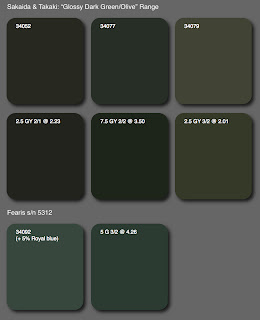 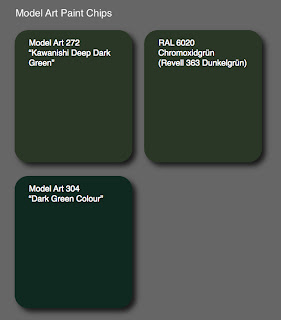 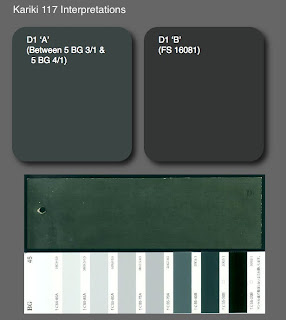 Hello Nick!
Thank you very much for your info!
Actually I thought what Kariki 117 'F3' shoul be used on upper surfaces os Shiden.. :-/ Any thoughts on this? Could it be tru or not?
Thank you again,
Dmitry

Never heard that! Where did that info come from?

F3 is in the group 'Ai iro' (Indigo), strangely, as that swatch has been compared to FS 24108 by Watanabe-san.

Excuse me now, I'm all greened out by Kariki 117 and have to take up train spotting instead. New blog is the authentic paint colours of British steam locomotives. ;-)

Nick, thank you for your answer!

This info came from David Aiken, who examined the spinner of a REX once located in Texas. He aslo wrote what undersides color was "Hai iro" J3.

Thank you in advance,
Dmitry

Thanks! Ah so! We come on to Rex later, but most references I have found for Shiden-kai describe N1, Black-Green, D1 or "generic" Dark Green. I will check out F3 against the other colours cited for Rex to see how it compares.

The idea of a strong blueish green for Kawanishi and Kyofu family is long standing amongst modellers and model paint companies but I would to explore the basis for that, if any.

Model Art 304 says in respect of An Ryokushoku that "All Kawanishi aircraft used this colour for the upper surface including radio mast and spinner." The paint colour chip is similar to N2 so I must compare F3 with this colour.

Also, please bear in mind what I wrote about the difficulty of reconciling applied paint colours to Kariki 117 Standard.

The question remains of course just what were all those beautiful Kariki 117 colours used for?

Meanwhile back to locomotives!!!

Thanks for making the posting.

Thanks for this interesting collection and assimilation.

This week I had my first look at a stunning collection of air-to-air color shots of SBDs from the massive LIFE magazine files that are being released. They were in the USN "blue-gray over light gray" and later "tri-color" schemes. Theoretically, five colors. In truth they show a bewildering variety and range of colors, often within the context of a single aircraft and certainly from plane-to-plane. These shots make it easier to imagine and accept the variety of greens that have been suggested/reported for Shiden and measured from relics.

Thanks again for your ever-burgeoning body of work on Japanese colors. Like Thorpe's, I believe it will endure.

"Does it get any easier? Believe me, no."

And it doesn't get any better than you Nick, for collating and presenting this information. Thanks!

Thank you very much, Mark and Frank, for your very kind comments. When I compile these summaries and explorations I'm always mindful that they are probably not what most modellers want and that a "silver bullet" treatment of "Shiden-kai were this colour" or "use Humbrol 123" might make life easier.

At the other end of the scale I hope that they allow the more inquisitive to make informed choices and to have confidence in them even should they encounter the "silver bullet" merchants who often quote a single-source when they are declaiming.

Nice Nick. Thanks very much. As one who has agonized with just how to paint the Shiden-Kai (Shiden too)in model form this is valuable and useful information. While not the 'silver bullet' it's a long also a way from others 'educated' guesses based on other misinformed 'educated' guesses. I'm always amazed how Thorpe's research stands the test of time.

Hi Nick,
I am with William Reece, regarding the highly valuable information contained in this wonderfully detailed articles' series (I think "summaries" is a too modest word to describe them). The Kyofu, Shiden and Shiden-kai trio is amongst my favourite IJN aircraft, and a wonderful modelling subject too. As for the "silver bullet" thing, I too prefer to learn and think, and enjoy the knowledge that stems from proper, solid research - that's the way to go, at least for those who like to use their own brain instead of having others telling them what to do by using the said "one stop" approach. Please keep up the good work!
Thanks again and regards,