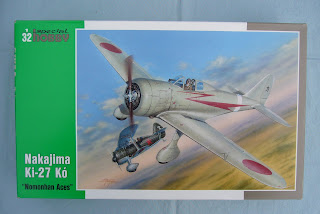 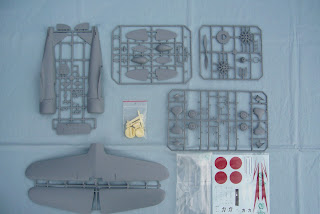 The rear canopy section appears to have the correctly curved top cross-section profile which has been missed on previous kits. The aircraft was often flown with the sliding portion of the canopy removed on both variants - the Ki-27 Ko and Otsu. The kit includes a set of resin detail parts which includes the pilot's seat and a small photo-etch sheet mainly for the interior and seat-belt. Suggested colour call-outs are interesting. Gunze (GSI/Creos) C14/H57 (Aircraft Grey) for the interior referred to as "Cockpit Colour" and a mix of 90% C128 (IJA Grey-green) with 10% C1/H1 (White) for the exterior*. 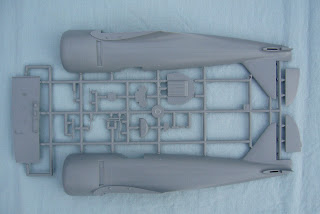 One detail that appears to be missing from the kit fuselage parts (and the box art) are the small rectangular windows above the gun breeches on the cockpit floor, just above the wing roots and to the rear of the engine flaps. These should really be included on a model in this scale but I guess would be easy enough to drill out and create. The only separate flying surface is the rudder, the ailerons and elevators being molded integrally to wings and tailplanes. 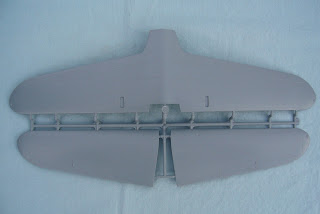 The engine detail looks a little soft but anyone planning a model with cowling removed will want to replace or upgrade it anyway (and will have to cut the fuselage parts as the cowling is not separate). 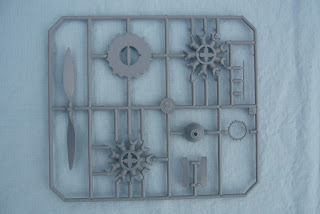 The kit looks pretty good on the sprues but we can probably now kiss the chances of a Ki-27 in this scale from Hasegawa or Tamiya goodbye! External fuel tanks are included and seem to be complete with their tops for the potential of separate display. 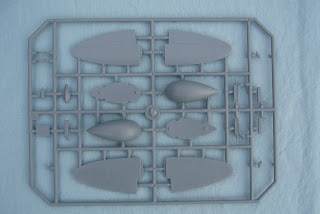 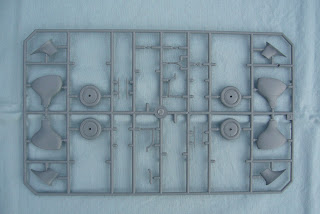 Thanks for the kit scans.

Nick,
There are different color codes for interior painting and exterior camouflage i.e. B "cockpit color"=Gunze C14/H57 is not the same "B" for exterior, in other words suggestion for exterior camo is 90% B+10% H where B=Gunze C128 gray-green and C=Gunze C1/H1 white.
Cheers

Thanks for that correction. I do not have the kit so was going by information passed on. I shall correct the blog post accordingly.

This blog welcomes corrections and prefers knowledge to ignorance. There is no hate campaign against anyone who shares knowledge but at the same time errors are not condemned and personal choices are respected.