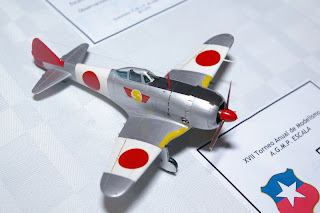 It is a delight to be able to share these images of aircraft models made by Japanese aviation enthusiasts in Guatemala and El Salvador which were displayed at the Annual and International Contest held in Guatemala. 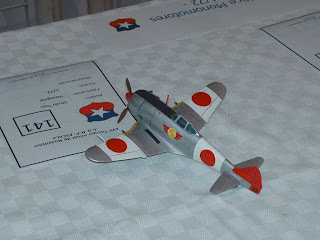 The Hasegawa 1/72nd Nakajima Ki-44 Shoki "Tojo" was made by correspondent Gabriel and represents one of the kit options from the 1987 re-issue of an aircraft belonging to the air-to-air ramming shotai (flight) of the 47th Sentai. Gabriel understands that this particular aircraft probably had the wing armament removed. On 24th November 1944, during the first Superfortress raid against Tokyo, Sgt Yoshio Mita of the 47th Sentai flying a Ki-44 from this shotai, made a ramming attack on B-29 #42-24622 "Lucky Irish" of the 497th BG piloted by Capt. Sam P Wagner, destroying the bomber with the loss of the whole crew. Sgt Mita was also killed in the attack. 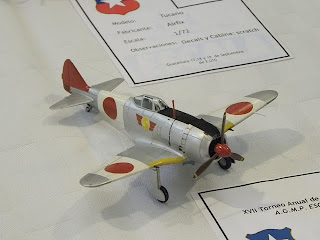 Gabriel painted this model with Testors Model Master Metalizer Aluminium Plate but decided not to vary the panel colours because of the white Home Defence bands on the aircraft. 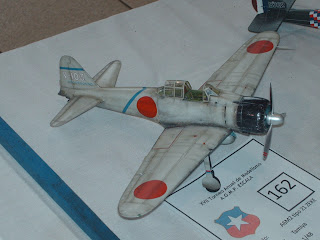 This Mitsubishi Zero A6M2 is a 1/48th scale model built from the Tamiya kit and representing one of the aircraft flown by Saburo Sakai. 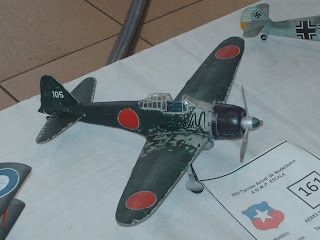 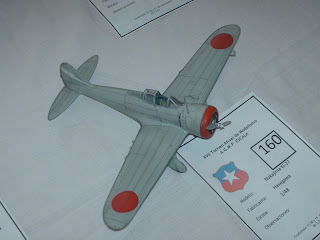 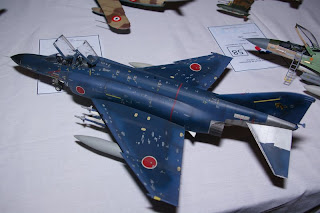 Thanks for sharing your kit photos with us. Nice builds.

Thats a very nice Ki-44 Gabriel! Nice to see some models from a part of the world we don't often see represented on English speaking forums (fora).

Thank You for posting Nick. A very nice set of builds, but the 1/72 Shoki is far and away my favorite!
Kind Regards, noel