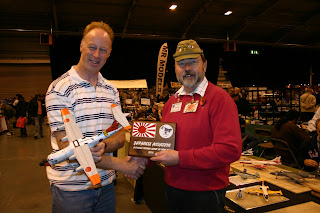 More pics from Scale Model World at Telford. Above Andy Binks receiving his award for the Shinmeiwa model from JASIG Leader (or should that be Buntaicho) Gary Wenko. Unless you know the kit the extent of work and improvement demonstrated in this model can be under-appreciated. It was first released in the UK in mid-1971 for the then princely sum of £3.75 and is of the same generation as the heavily rivetted, dark green plastic "Betty", "Mavis" and "Emily". 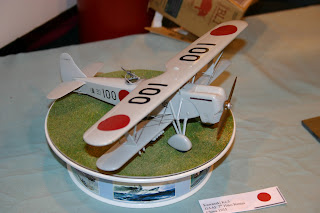 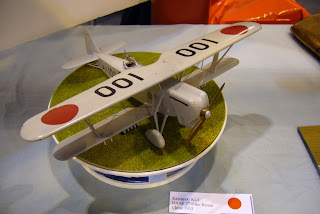 And a selection of other Japanese aircraft models displayed on the stand or seen in the halls. 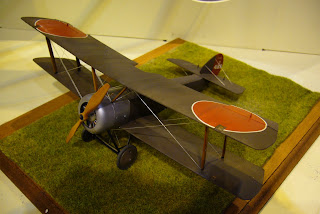 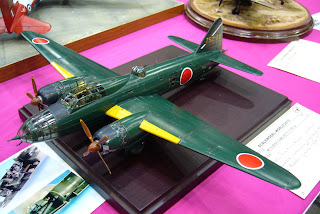 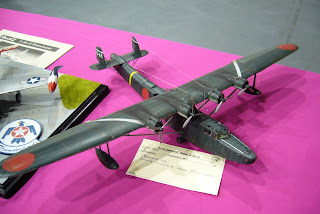 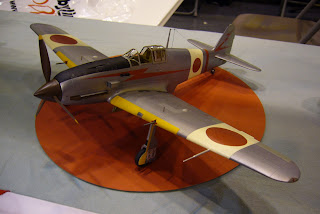 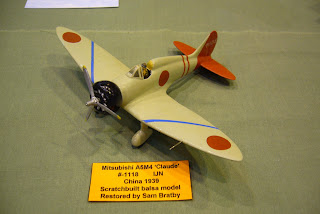 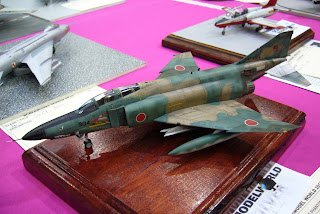 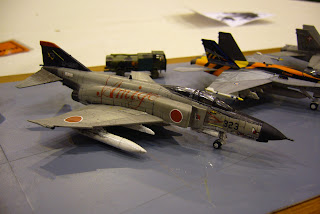 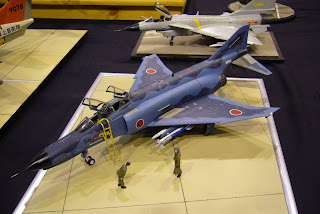 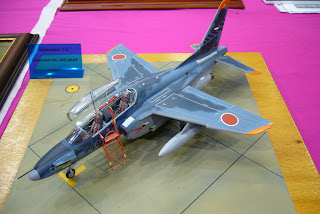 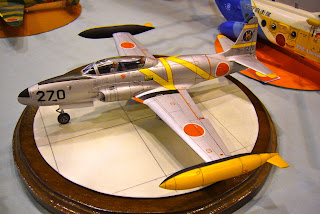 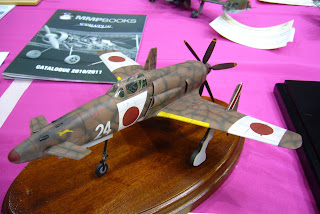 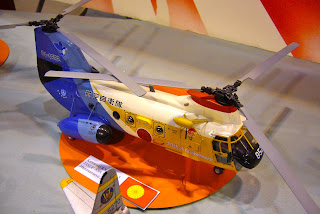 Colourful helicopters in 1/48th too 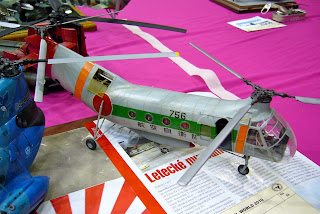 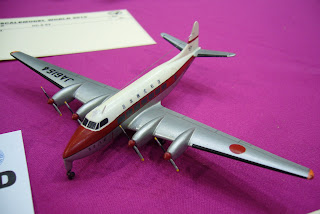 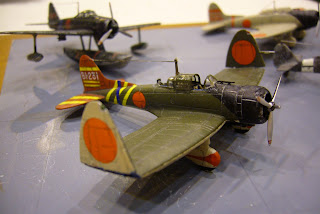 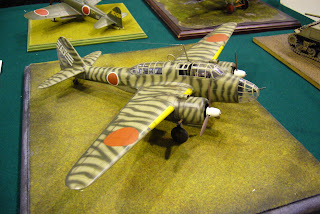 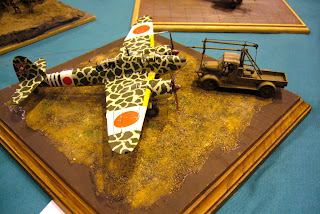 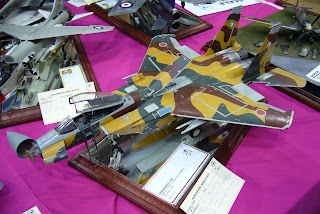 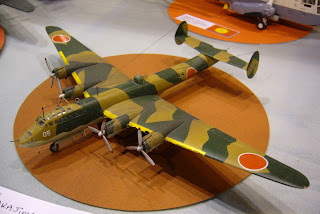 Great photos. Many thanks for making time to get them posted. Any chance of a Part 3?

That Mavis is very nice with such an elegant shape, the others are also great builds, congratulations to Andy for his award as well.