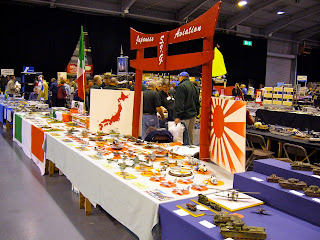 The IPMS UK Scale Model World was held at the Telford International Centre on Saturday and Sunday, 13 & 14 November this year.  All I can say is WOW!  What a feast.  IPMS UK has got it right, a magnificent balance of branch displays, special interest groups, international IPMS group participants, vendors with everything from books, kits to resin conversions, old and new.  It was packed and the whole weekend was like drinking from a fire hose.  Scale Model World has truly become a celebration of our hobby. 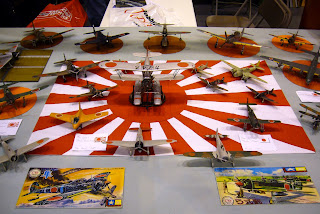 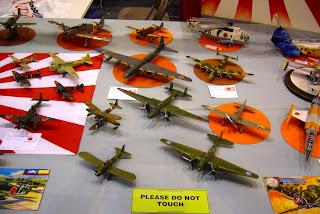 Our own display was quite striking and only made possible by the folks who brought models to display:  Bill Anderson, Paul Bebbington, Julien Dixon, John Drummond,  Frank Hayes, Ian Jackson, Peter James, Peter Starkings, and Glenn Wilson.   We had a number of splendid compliments and many enquiries about the aircraft displayed on the table. 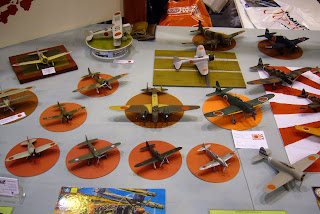 The 1940 part of the display was quite successful and well supported.  The modern era part of our stand prompted many questions too, with some fine jets and helicopters on show. 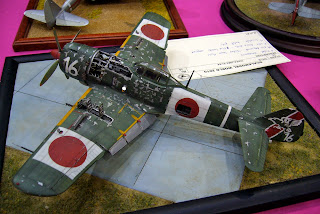 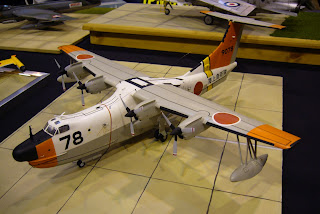 There were over 30 models of Japanese aircraft in the halls, not counting our display and the competition room had another 15, so it looks like interest in things Japanese is on the up.  It was hard judging this year and the point spread was pretty close. We'll take a closer look at some of those in Part 2 of this Corner Bulletin tomorrow.
Gary Wenko JASIG Leader
Posted by Straggler 脱走兵 at 08:31

Thanks for posting this, Gary. Can't wait to see Part 2.