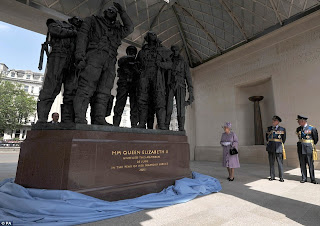 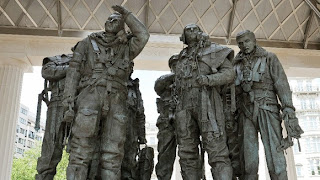 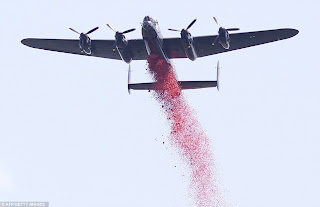 They shall grow not old, as we that are left grow old:
Age shall not weary them, nor the years condemn.
At the going down of the sun and in the morning,
We will remember them.
Image credits: As credited
Posted by Straggler 脱走兵 at 22:54

Thanks Nick; the best photos I've yet seen of the memorial.
Better late than never, I suppose.
Too bad that so many vets who have passed on in even the last 10 years could not see this.

There was also a very interesting article on these blokes being treated as virtual pariahs by Churchill and cronies since - and that the memorial was funded in the main, not by governments, but by private funding including that from Robin Gibb of the Bee Gees.

Sounds much like the treatment meted out to the blokes returning to Australia from Vietnam!

Yes, indeed. Sadly Robin Gibb died before he could see the memorial completed. Other private donors were John Caudwell, Lord Ashcroft and Richard Desmond. There was a recent documentary about this and Robin Gibb's interest had been sparked by discovering an abandoned bomber command airfield near his home. Those can be ghostly and highly evocative places to visit.

The memorial commemorates the bomber crews in a way that those serving in the Middle and Far East tend to get overlooked. The RAAF served as a force within a force as many aircrew in RAF squadrons were also members of the RAAF. For example in 45 Sqn's successful attack on Mingaladon in the dark days of 1942 no less than 12 of the 27 aircrew participating were RAAF. I thought about that when posting but probably should have mentioned it in relation to this blog on Japanese aviation.