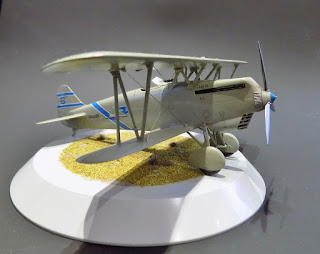 Matt Lund has kindly given permission to showcase his out-of-the-box build of Fine Molds excellent 1/48th scale Kawasaki Ki-10 (Army Type 95 Fighter) here. The model is finished in the striking markings of an aircraft flown by 1Lt Iori Sakai of the 2nd Chutai, 2nd Hiko Daitai (Flying Battalion) from Changtse (aka Changte and 'Shotoku'?) landing ground near Anyang, China during 1938. This was Aikoku (Patriotism) presentation aircraft 138. 1Lt Sakai claimed five victories in three combats flying with the 2nd Hiko Daitai, later claimed eight victories flying the Ki-27 in the 64th Sentai over Nomonhan and became the 2nd Chutai leader. After a period as an instructor at the Akeno flying school he was promoted to the rank of Major and assigned to the Army Flight Testing Centre where he first tested and flew the Ki-61 on home defence sorties, claiming a single B-29, and then the Ki-100. 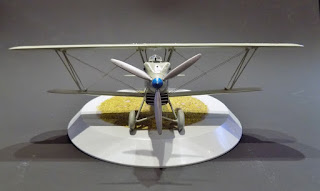 The 2nd Hiko Daitai had been formed at Tachikawa in July, 1937 from the 5th Hiko Rentai (Flying Regiment) and was commanded by Major Saburo Kondo, a non-flying officer. Its two Chutai were commanded by Captains Tateo Kato and Kazue Sato respectively. At the end of July the 2nd Hiko Daitai moved to Tientsin, China where it was joined by the 9th Dokurutsu Hiko Chutai (Independent Flying Squadron). The role of these units was to support Army ground operations pushing south-west from the Peiping-Tsientsin area towards Paoting and Shihkiachwan. During these operations the Ki-10's radiator unsurprisingly proved vulnerable to ground fire, causing a number of losses. 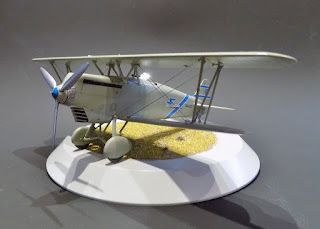 By September 1937 Paoting had fallen and Captain Tateo Kato's 1st Chutai moved there. The 1st Chutai had engaged in more air combat than the 2nd Chutai, which had been flying ground attack sorties, but at Paoting the 1st Chutai's aircraft were also fitted with bomb racks beneath the fuselage as Chinese air activity had abated. Towards the end of October the unit was at Shihkiachwan and operating from 'secret' landing grounds created very close to the front lines. During this period the unit continued ground support operations but also engaged Chinese reconnaissance and patrol aircraft operating over the front. 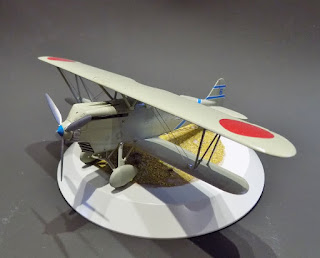 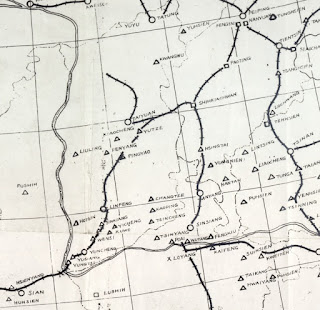 
In December, 1937 the Hiko Datai HQ and 2nd Chutai moved to Taiyuan and in January 1938 the whole unit moved on to Anyang to support operations against Sian (Xian), flying ground attack sorties against Chinese airfields to the south and west as well as engaging, amongst other types, Chinese flown Gloster Gladiators. In March 1938 Major Tamiya Teranishi, who was a flying officer, was appointed to command the unit, as Major Kondo was posted to Akeno Flying School. There began a period of air combat in support of the Army's Suchow operation where the first 'aces' emerged. The 2nd Hiko Daitai went on become the nucleus of the 64th Hiko Sentai with its 1st Chutai leader Tateo Kato winning fame as its commander. 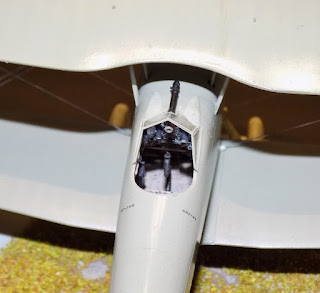 The Ki-10 was finished overall in the standard Army grey-green colour (灰緑色) applied as a topcoat over a primer coat of ash-indigo colour ( 灰藍色 - dark grey blue) and an intermediate coat of light blue colour (淡青色), then sanded and polished for smoothness.  There was probably some minor variation in the appearance of the finish on metal and fabric components. Notwithstanding Fine Molds instructions the interior was probably painted in the ash indigo colour in accordance with prevailing Army practice - certainly photographs of the cockpit show a dark coloured paint. 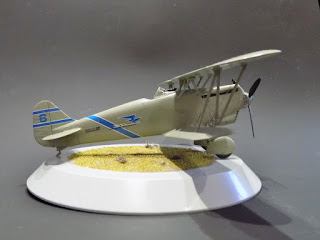 With special thanks to Matt Lund for kindly sharing the images of his excellent model and to Ken Glass for additional background information, discussion and pointers about the 2nd Hiko Daitai and Ki-10 aircraft.

Such an elegant looking aircraft, and those are by far my favorite markings for the type. Nice job on the model!