All things Hien must be flavour of the month in Japan. Following on from the Aoshima foray into the Kawasaki Hien family in 1/72 (of which more anon), the Kawasaki unveiling of the restored Ki-61-II (of which more anon) and the expectation of new Ki-61 decals from Lifelike (of which more anon), Tamiya have now announced a 1/48 Ki-61-I Tei kit for release on Christmas Eve. This is expected to retail for about £23 if bought direct from Japan. 244th Hiko Sentai commander Kobayashi's well-known # 24 appears to be at least one projected kit subject, with blue command stripes, and the kit includes a Ha-40 engine, the Kawasaki licence-built version of the German DB 601A. 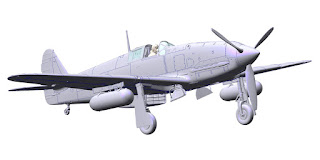 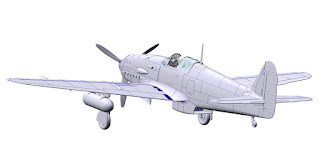 The Tamiya cachet and reputation for detail and fit will no doubt make this a popular kit despite the existence of a well respected Hien family in this scale from Hasegawa, albeit now 22 years old. The last Tamiya Hien was a 1/50 scale Ki-61-II released in 1964 and the type was never included in their original 1/72 series. This release is therefore more significant than it might at first appear. 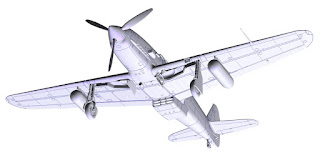 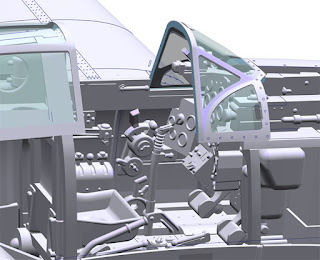 The Tei variant was the penultimate Tony, in production from January 1944 with a lengthened nose to accommodate the installation of the Ho-5 20mm cannon, providing the heaviest homegrown Hien armament. A total of 1.358 of this version were manufactured until January 1945 and it featured prominently in the air defence of Japan, often with armour and armament reduced to improve high altitude performance (check your references when choosing subjects). 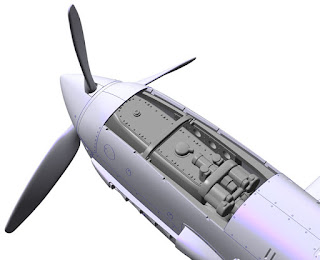 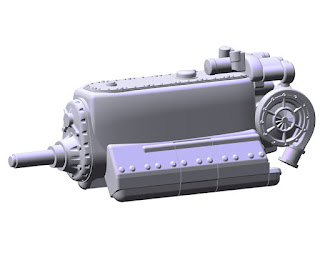 Hat tip to Dan Salamone and Aviation of Japan's Texas correspondent Mark Smith who both alerted me to this forthcoming kit, thank you both.

I am excited by this news. The 1/48 Hasegawa kits are still nice (the early, short nosed Ko kits even more so) but they suffer from slight inaccuracies such as too little dihedral. More than anything, happy to see a new tool 1/48 Japanese subject other than a Zero from the big T! Maybe we will see a fresh wave of other Japanese subjects in the scale, like we did in the 1990's.

Great news! Now only if Tamiya would put out a 1/72nd scaled down version of their wonderful 1/48th P-51B Mustang. Please make it so!

Good news indeed - As I have recently begun the preliminary stages of a 1/48 scratchbuilt Ki 15 you can bet there will be a Tamigawa release as soon as mine is nearing completion !

Thanks for this posting, Nick.