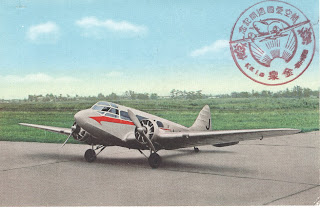 A brief change of pace from warplanes to a civil aircraft. Airspeed was a remarkable company which began manufacturing aircraft in a former bus garage in York, shared with a tyre company. The name was suggested by the wife of one of the founders A Hessell Tiltman, B.Sc., F.R.Ae.S. Beginning with gliders the company soon began designing innovative light aircraft for passenger service, culminating in the Envoy, the first British passenger aircraft with a hydraulically operated retractable undercarriage,  which in turn begat the Oxford, more workhorse than plane of fame but none the less worthy for that. The modest Oxford, of wooden construction, reached a production total of 8,583 aircraft manufactured by six factories, including two of Airspeed's own facilities, served in the RAF, FAA, RAAF, RCAF, RNZAF and SAAF, was also operated by the air arms of 19 other countries and post-war was civil registered in the UK and 31 other countries as the Consul or A.S.10 Oxford. In RAF and FAA service the Oxford was operated by an astonishing 803 units, from flying schools to squadrons and an enormous number of flights engaged in a diversity of functions. The decent Frog kit is long gone so this aircraft is surely deserving of a modern mainstream kit with lots of variant options - come on Airfix!

But back to the Envoy and its operation in Japan started with the sale of four Series 1 aircraft in July 1935 to Mitsubishi. The Series I Envoy had no flaps and seating for 6-8 passengers depending on whether a toilet was installed. Flown by a single pilot, passenger seats had to be sacrificed if a navigator and/or wireless operator or steward were to be carried. Envoy c/n 37 with Wolseley Aries AR.9 Mk.II 200hp nine-cylinder radials was first registered in UK as G-ADCB and then registered in Japan as J-BDDO for service with NKYKK (Nihon Koku Kabushiki Kaisha - Japan Air Transport Company Ltd.) from October 1935. In December 1938 most Envoys were incorporated into DNKKK (Greater Japan Airways Co., Ltd.). It was re-registered as J-DDDO for use in Formosa during 1940 and at some point re-engined with Armstrong Siddeley Lynx IVC 240hp seven-cylinder radials.

The second Envoy c/n 38 registered in UK as G-ADCC was initially registered in Japan to NKYKK as J-BDAO but the registration was cancelled in September 1935 when the aircraft was transferred to Kwantung and re-registered as J-EDAO. On 12 December 1935 this aircraft crashed and was destroyed by fire at Shingishu airfield during a test flight. The third Envoy c/n 40 was registered in the UK as G-ADCE and commenced operations with NKYKK as J-BDEO in October 1935 (one of the subjects in the RS Models kit - see below). It was destroyed in a hangar fire at Seoul, Korea on 7 March 1936. Envoy c/n 43 went direct to Mitsubishi in Japan as J-BDCO without registration in the UK and then to NKYKK in September. It was re-registered in Kwantung as J-EDCO  and ultimately operated by DNKKK from December 1938. These three Envoys all had the Lynx engines.

Two more Envoys went to Japan in September and October 1935. Envoy c/n 42 was registered directly as J-BDBO by Mitsubishi for NKYKK but also went to Kwantung with re-registration J-EDBO on 18 September 1935. In 1940 it was used for structural testing. Envoy c/n 41 was registered by Mitsubishi as J-BEYG in October 1935 but the registration was cancelled on transfer to the Imperial Japanese Navy in June 1936. It was then re-registered as J-BAOH to NKYKK in September 1936 and ultimately operated by DNKKK from December 1938. Both these Envoys also had the Lynx engines. Envoy passenger services with NKYKK commenced in November 1935 with domestic flights. To re-cap the six Airspeed Envoys operated in Japan were registered as follows:-

Standard colour scheme was aluminium dope overall with natural metal cowlings and arrow headed red fuselage flash with 'Airspeed Envoy' in silver lettering. The appearance of J-BEYG in IJN service is unknown but Mitsubishi operated it in overall aluminium dope without the fuselage flash and with black registration letters in standard position. Photographs of Envoys in NKYKK service do not show the red fuselage flash apparent in the heading postcard image which might have been taken in the UK. 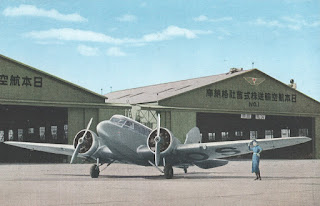 J-BEYG may have been used as a pattern aircraft by Mitsubishi in their licence manufacture of the type but the process is murky as the licence rights were acquired in June 1935. Mikesh and Abe* assert that two aircraft were imported for evaluation, one by NKYKK and the other by the IJN under the designation LXM1 (possibly J-BEYG). One of the Mitsubishi-built aircraft, which were designated Hinazuru-type Passenger Transport, incorporated flaps and new Gasuden Jimpû 5A 240 hp engines. Possibly registered J-BAOX it was reportedly first flown in November 1936 but tested until 27 October 1937 when it crashed during take-off at Kagamigahara, seriously injuring the pilot and killing an engineer on board. The crash was reported to be from a stall caused by the enlarged cowlings designed to accommodate the Japanese engines which had disrupted airflow over the wings.

However, the first Hinazuru (雛鶴 - Young Crane) received its Certificate of Airworthiness in September 1936 which suggests that the flight testing referred to above was part of a development process and not prototype testing. Most Hinazuru appear to have had licence-built Lynx or Aries engines and no flaps although a photo of J-BAOX appears to show the lengthened engine nacelles associated with the Gasuden engines. The mystery is compounded by the fact that J-BAOX crashed at Seran airfield, Formosa, on 24 June 1938 killing the pilot and four passengers. It seems possible therefore that the aircraft tested by Mitsubishi during 1937 was one of the original Airspeed imports which had been modified. Additional information or comments about this are welcome. The 11 Hinazuru registrations are as follows:-

All the J-B registers were operated by NKYKK whilst the J-D re-registers were operated in Formosa by its successor DNKKK. Most Hinazuru had been withdrawn from use by the end of 1941. J-DAOL crashed into Qixing (Seven Star) Mountain in Formosa on 7 March 1940 killing the two crew members and six passengers. The type had a longer service life than the 1936 termination suggested in R E G Davies 'Airlines of Asia since 1920'**. 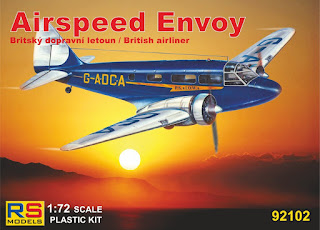 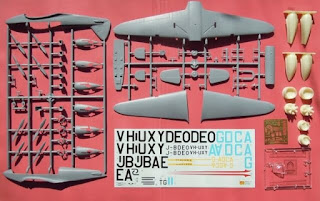 In 1/72 scale there is a neat mixed media kit of the Envoy by RS Models with injection moulded plastic parts augmented by resin nacelles, engines and cowlings plus a photo-etched sheet. Released in several versions the Lynx-engined kit # 92102 (box art and parts shown above) contains registration markings for J-BDEO but sadly not the NKYKK logo carried on the nose. There were also resin kits of the Envoy released by RugRatResins in the 1980s and by Lüdemann-Modellbau.  The Hinazuru differed from the Envoy in its fuselage window arrangements, having four smaller windows instead of the Envoy's two large ones. 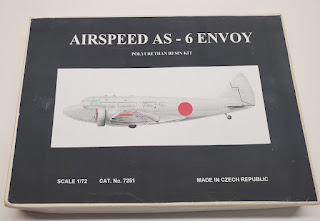 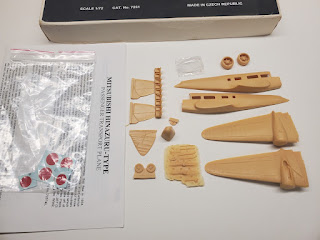 Interesting writeup Nick. As a youth I would always skip civil aircraft and go straight to the warbirds when I would visit a museum, but now I find myself more interested in civil aviation from the 1920-50s.

Thanks! I agree about the civil aviation interest. I guessed this would be of limited interest but I have a liking for Airspeed aircraft so a little bit indulgent with OT bits!

Thanks for taking time & effort to write this article, Nick.