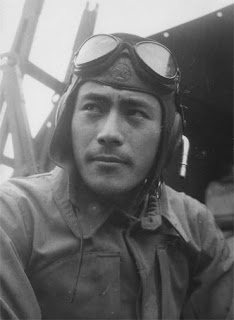 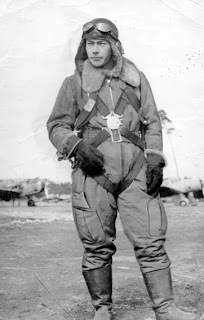 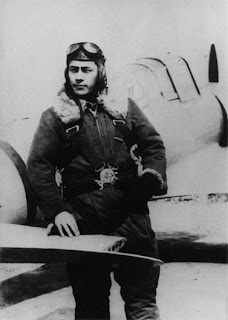 The great Japanese film actor Toshirou Mifune was born in Tsingtao, China in 1920, the son of photographer Tokuzo Mifune. In 1925 the Mifune family moved to Dalian, China where Tokuzo opened the Star Photographic Studio.
In 1940 Toshirou was drafted and joined the Manchoukuo Air Force, being posted after training to the 7th Hiko Chutai as an aerial photographer. In 1941 he was transferred to the 8th Hiko Chutai's intelligence unit and subsequently sent to Yokaichi in Shiga, Japan to augment JAAF aircrew.
By the end of the war he was serving with the 17th Dokuritsu Hiko Chutai at Kumanosho in Kumamoto. The main aircraft types that Toshirou flew in were the Type 98 Direct Co-operation Aeroplane ('Ida'), Type 99 Assault Aeroplane ('Sonia') and Type 100 Command Reconnaissance Aeroplane ('Dinah').
Famous for his role in Kurosawa's 'The Seven Samurai' and other classic Japanese films, Toshirou also took parts in the English language films 'Hell in the Pacific' 1968 (with Lee Marvin) and 'Midway' 1976.
Toshirou Mifune died in 1997 at the age of 77.
Image credits: Author's collection
Posted by Straggler 脱走兵 at 20:37