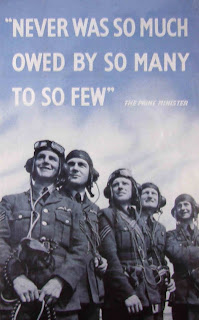 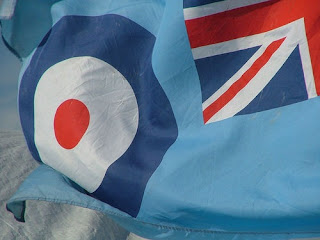 It is a sad fact that today in Britain more people will not remember the Battle of Britain than those who will. The people who don't remember, don't even know or don't care will go about their daily lives in a country which owes its very existence to a small  group of very young pilots who accomplished the almost impossible. They asked for nothing but they were asked to give everything. We shall remember them.
In the high summer of 1940 the whole country was inextricably involved in the fate being woven by the contrails over South-East England.  Today British servicemen and women are still asking for nothing but being asked to give everything. They are doing so far away from these shores, at the same time as we are free to go about our daily lives.
Let's remember the Battle of Britain but let's not forget those young men and women who are still serving our Queen and our Country, asking for nothing but sometimes being asked to give everything.
Posted by Straggler 脱走兵 at 00:14