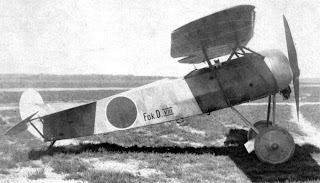 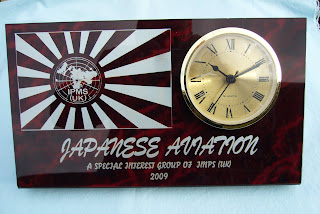 Welcome to the new Japanese Aviation Special Interest Group (JASIG) Corner hosted at the Aviation of Japan Web Log. For some years now we produced a printed newsletter, JASIG Jottings, then Japanese Aviation News, and now, the JASIG Corner, having finally embraced Internet technology and accepting the generous offer of "Straggler" to participate in his blog.
Formerly, membership required a subscription fee, used to off-set the cost of printing the newsletter, but now, it's free, not bad considering the current world economic situation. I would, however, like to emphasize the need for interested parties to please complete a membership form and send it in so that we may continue as a bonafide special interest group under the bi-laws of the International Plastic Modellers' Society (UK). Feel free to participate by sending me photos of your models and any article you'd like to share with the group. Queries are welcome and give us food for thought. Email me here.
I'll post things I feel would be of interest and will let you know in advance about model shows you may wish to attend. If you can, bring your Japanese aircraft models along to display, and if you don't wish to display, please stop by and say hello.
Peter Starkings kindly reminded me that my comments about the Ki-61-II, part of the Tamiya 1/50 scale nostalia article in the October 2009 Japanese Aviation News, were in error. Right Staff did produce a 1/48 scale kit of the Tony, but it was not the mark II, as I thought, but simply a longer nose (8.94m) version of the mark I. Sorry about that. He also mentioned that JN Models produced a 1/48 resin kit of the mark II, but neither he nor I have seen one. He went on to share that there are two Ki-61 kits in 1/50 available, Tamiya issued a Ki-61-I and a Ki-61-II, and Marusan/UPC issued a mark II as well. - Thanks Peter!
A recent revelation has come to light. On page 72 of volume 6 of the Japanese language Encyclopedia of Japanese Aircraft 1900 - 1945, there is a photo of a Fokker D.VIII. This photo appears in other publications and was thought to bear Dutch markings. In a black and white photo, Hinomaru and the Dutch orange roundel appear quite similar. I posted a query on J-Aircraft.com and it was answered by Ryusuke Ishiguro: "This photo was taken with Hinomaru in Holland before exported to Japan, maybe around 1920." I read that Japan received many aircraft as war prizes after the Great War and this D.VIII is quite a good specimen sporting fuselage lozenge. It makes one wonder if the Dutch markings provided in the Roden kit were based upon this photo. If so, they should have been Hinomaru.
The IPMS Scale Model World show is at Telford in Shropshire, England, on Saturday and Sunday, 7th and 8th November. Anyone who makes scale models would enjoy this celebration of our hobby. If you've not been, you are in for a treat. The JASIG will be displaying both days and of course, we have two trophies to award, one for a competition entry and one to award to the best model of a Japanese subject in the halls. Remember, our SIG theme this year is Experimental/Prototype, Flight Test and What If subjects.
See you there!
Gary Wenko
Leader
Japanese Aviation SIG
IPMS (UK)
Posted by Straggler 脱走兵 at 15:47

Can I purchase back issues of either of the groups previous newsletters, JASIG Jottings or Japanese Aviation News? If so how would I go about doing that?