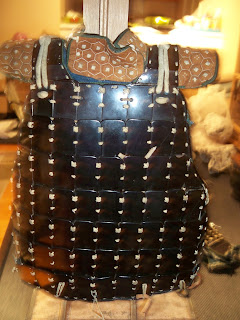 When I blogged about aotake in February 2010 here I quoted from Model Art 272 as follows:-

"Ordinarily it's called aodake colour but actually it is a coating from a family of transparent zabon enamels. There are two branches to it, a blue one and a green one."

By way of further clarification "zabon" or buntan (pomello) is a type of Asian citrus fruit like a large grapefuit. I don't think the enamel was extracted from that or used an extraction from that in the coating (!). I believe the author was referring instead to Zapon lacquer which originated from a trade name applied to a cellulose nitrate varnish with a solvent which contained amyl acetate, butyl acetate and propyl acetate. This was patented in 1887 and marketed by the Celluloid Zapon Co of Springfield, NJ. Zapon lacquer dried to a very thin and transparent film and was originally sold as a varnish to protect polished metal parts. Zapon subsequently became a generic name (like Hoover for vacuum cleaner) and was marketed in various forms during the 1930's as a protective varnish.

The use of phenolic resin in the varnish results in a harder and more durable protection and in combination with tung oil produces the most water resistant varnish. The phenolic resin component tends to amber more significantly with age than alkyd resin based varnishes. 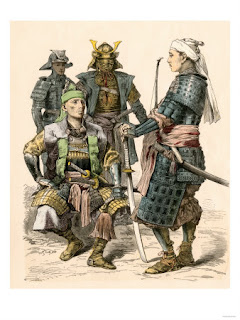 The addition of colour tinting to a metal protective transparent varnish (透漆 touru shitsu) aids in practical application and that chosen for aotake had its roots in traditional urushi based varnishes applied for the protection of armour. Aotake 青竹 in this application typically used 10-40% of dis azo, 0-50% of titanium oxide (white) and 10-20% phtalocyanin. Dis azo is from a family of water insoluble dyes (Azo pigments) of great chromatic strength and usually associated with yellow, orange and brown. Phtalocyanin is an intensely blue-green pigment. Sometimes orpiment (Sekioh 石黄) a yellow pigment, and indigo, a dark blue pigment, were used instead of the disazo dye and phtalocyanine in lower grade applications. There is a degree of yellow-blue-green variance inherent in the constituent proportions and in the way the coating ages.

The description 淡青色透明 (literally "thin blue colour transparent and bright") appears in some Japanese aircraft books to describe aotake, including those on JAAF subjects,  but it was more commonly used in an IJN context - as in the Zero-Sen technical manual for example. This is also sometimes written as 淡青色 (thin blue colour) but often translated, incorrectly, as light blue colour. The character 淡 tan means thin, faint or pale in the sense of low saturation or weak chroma rather than bright or light which is 明 mei.

As to lacquer and enamel these have been subject to various definitions but the USAAF HQ ATSC Dictionary of Aircraft Maintenance Terms (T.O. No. 30-1-2-H) Section H Paint and Dope published in November 1944 defined them as follows:-

"Enamel - a special kind of paint in which the vehicle is a drying oil or a combination of drying oil and resin. It dies to an even, hard, permanent finish. Usually it yields a glossy surface, but addition of a flatting agent can cause it to dry flat. The term is often used to mean a pigmented varnish. In aircraft work a synthetic enamel which dries quickly with a high gloss is often used."

"Lacquer - A solution of film-forming materials in a volatile solvent, used chiefly for decorative purposes. There are several types of lacquer. The most important in aircraft work are the "cellulose lacquers" which have a nitrocellulose or pyroxylin base, to which pigments, resins, plasticizers, solvents and diluents may be added. Other kinds of lacquer have a resin (synthetic or natural) base, dissolved in some solvent such as alcohol. Lacquers dry relatively quickly, chiefly by evaporation, leaving a tough, flexible, lightweight film. They cannot be used over oil-base paints, for they contain solvents which cut such paints. They may be applied either by spraying or brushing."