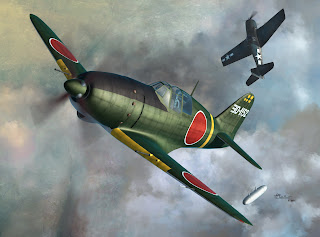 Something of a surprise was this recent Sword release of an injection-molded Mitsubishi J2M3 Raiden Type 21 "Jack" as kit # 72053. Although I suppose in a way the choice is a natural companion to their Ki-44 Shoki kits. When I had briefly looked at 1/72 Raiden kits here and here there was no sign of this release - or if there was I had missed it! I haven't had a chance to examine this new kit so this is not an in-box review but just a heads-up for those few, like me, who might have slept through its appearance! The sprue pics look rather nice, although I note that the sidewall detail, seat and other cockpit details are resin. This always makes me nervous but please take that as an indictment of my modelling skills rather than any criticism of the kit. Three markings options are included, two 302nd Ku examples, one flown by ace Sadaaki Akamatsu and the famous lightning bolt adorned 352nd Ku Raiden. 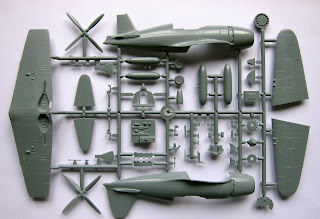 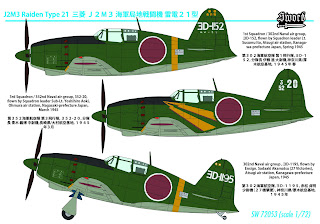 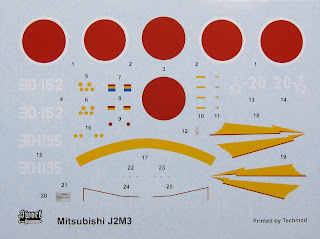 Now there is another Raiden kit from Sword on the way too - kit # 72060 a J2M5/6 - and the box art by Jerry Boucher is inspiring - superb. This one has markings for a Shanghai-based interceptor, identified as from the "Cyushi" Ku (中支 - chuushi for Central China, sometimes identified as being the 256th Ku), a rather plain looking 332nd Ku example and another 302nd Ku aircraft. 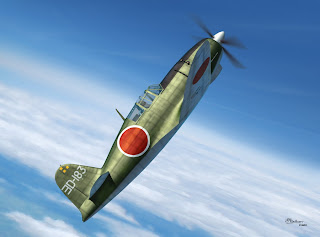 The camouflage and markings of the Raiden mean that it is difficult to create a "different" looking model and I know that some modellers find the scheme boring with so few alternatives. The trick, I think, is to accept the challenge of getting the dark green to look really convincing in terms of both colour and lustre - much harder than it seems - and to avoid the colourful decals looking like . er . colourful decals! The release of these two new kits (and maybe more to come?) reminds me that Hasegawa's Raiden, although still an excellent model, is 34 years old! 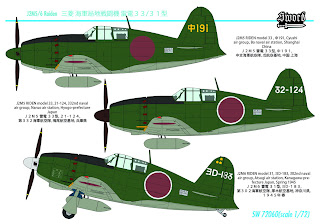 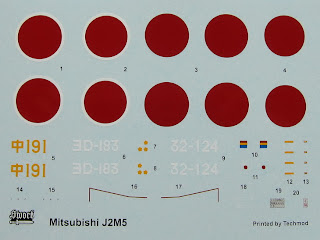 The Sword kit does have three errors to it. The canopy framing on the J2M3 is wrong, the shell ejector chutes for the 20mm cannon are not the same size, and the rudder hinges are not in the correct places. They should have looked at the Hasegawa 1/48,1/32 scale kits, and some references to get it right.

Thanks for that. I haven't examined the kit yet but from the sprue shots the ejector slots do look a little misshapen. Some plans (page 41 of Model Art Profile 11) and the 1/32nd kit do show the inboard slot as slightly shorter and narrower - can't think why but will look into it. The guns were of different type and aligned differently (hence the blister differences) although both 20mm.

I have read some comments regarding the tail code markings for the 352nd J2M-3; some say the tail codes should be yellow and in almost all the profiles references, and decal sheets they are shown as being white. Planes of Fame, which has the only surviving example, mentions the disparity in the yellow lightning bolts and the white tail codes on their Raiden. One decal sheet gives both white and yellow tailcodes for this particular J2M3. Which would be correct?
Mike

FWIW post-war colour film of YoD-151, YoD-152, YoD-165 and YoD-185 shows the tail codes are white (in contrast to yellow fuselage stripes and victory markings) but in monotone photos the codes do not look 'pure white' so might have been interpreted by some as yellow.