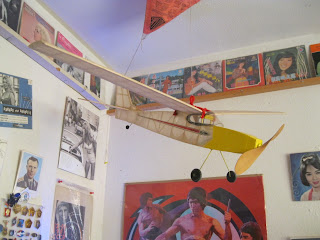 Jim Griffin of Amarillo, Texas sent an interesting email about the long tradition of Japanese balsa, rubber powered aircraft models and their history. His 1951 'Scientific Skymaster' model kit included a 'Yoshida' prop which posed intriguing questions about the nature of the Japanese model industry at that time and whether it was supplying kits and parts to other country's manufacturers on a large scale. 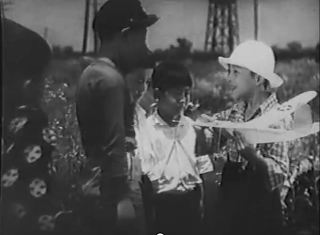 Jim fondly remembers the real 1930s models flying like crazy and hanging from the ceiling of a model shop in Mikio Naruse's 1931 Silent Film "Flunky, Work Hard!" (腰弁頑張れ). Interesting to see the models in that film sporting both Hinomaru and the US star insignia. Some Japanese balsa aircraft kit companies developed into the plastic kit companies we know today. 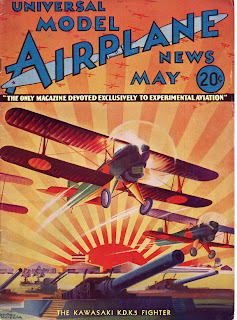 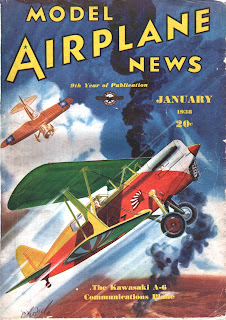 Jim's uncle was Charles Hampson Grant, the editor of Model Airplane News from 1934 to 1943 as well as an inventor and innovator in aerofoil design. 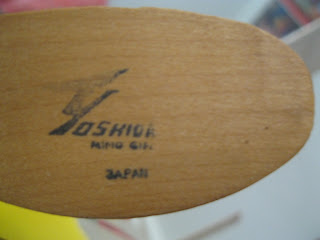 The images shown here include Jim's 'Skymaster' model and a close-up of the prop. Any further information or comments on this topic, especially any leads or links to relevant websites or forums would be appreciated by Jim and if anyone would like to get in touch with him please drop me an email, thanks.