Do Not Believe It! 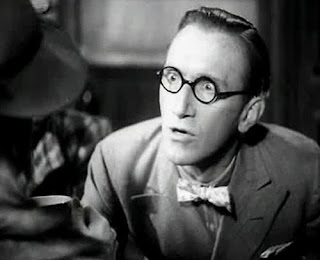 Whatever the kit instructions might say imported US types used by the Republic of China Air Force in the late 1930s (Curtiss Hawks and Boeing 281) were not painted in the equivalent of a flat and faded mid-war US Olive Drab but rather in a rich and lustrous deep, dark, slightly olive green somewhat similar in hue to RLM 71 or approx FS 24079-14081. And the blue of the insignia was never turquoise or a greenish sky blue (discard those decals!). It was a deep cobalt blue or sometimes a blackish-blue that typically faded to a slightly greyish blue. 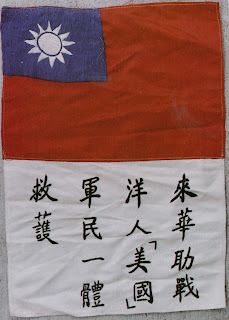 In the "Blue Sky with a White Sun" flag of Lu Hao-tung shown above, the twelve rays of the white Sun symbolize the twelve months and the twelve shichen (時辰, shíchén), a traditional unit of time which corresponds to two modern hours. Sun Yat-sen added the Red Earth to the flag to signify the blood of the revolutionaries who sacrificed themselves in order to overthrow the Qing Dynasty and create the Republic. Together, the three colors of flag were supposed to represent the three principles of the people: blue for nationalism and liberty; white for democracy and equality; and red for the people's livelihood and fraternity. On the US 14th AF bloodchit shown above the characters read as:-

"This foreign person (an American) has come to China to participate in the war effort. Soldiers and civilians, one and all, should rescue, protect and provide him medical care."

That busy little bee* in my bonnet is now buzzing happily away.

* Health warning: Do not click on the link or you'll have the song on your brain all day!

Thanks for this one Nick. Re the stripes on the stabilizers and elevators, very interesting, and helpful to future model projects. Regarding Shigeo Nango's airplane from this group, do you think the fuselage leader's stripes were headquarters blue (the most recent profiles I've seen) or red, as previously thought? Sorry if you've already weighed in on this but if so I missed it.

I think your comment was meant for the Fujimi Goshikisen blog?!

The fuselage stripes on Shigeo Nango's Hayabusa were blue. You can read more here:-

Thanks Nick! This a very nice detail that would be quite useful soon.
The use of the dark (I'd say very dark) lustrous green on US types sold to the Chinese is well attested by some high quality photos taken before delivery (I can remember this for the Hawk III, but I am sure other good photos must have been published, notably in the tome by Lennart Anderson).

Information about American help to China in respect to aviation in the 1930s is welcome. Please cover aviation assistance provided by other countries also.