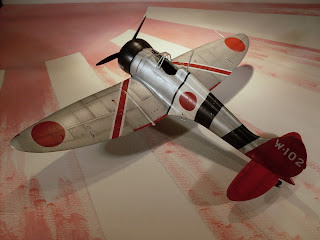 These images of two beautiful 1/32nd scale models of Japanese subjects were kindly contributed by Ulrich Schütt from the Netherlands. 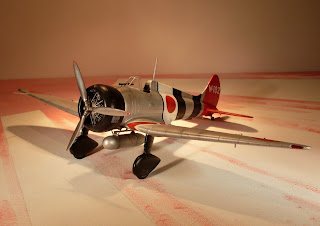 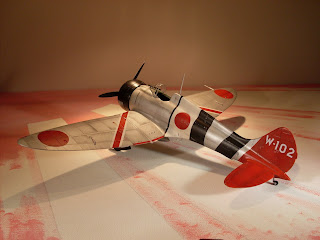 The A5M4 is the Special Hobby kit with all markings applied by airbrush or by hand except for the tailcode and stencils. The actuators and tie-down rings were fabricated from Evergreen stock to replace the photo-etched items. The models display a sobering contrast over seven years of war, from the first  optimistic days of carrier borne victory to the desperate defence of Japan in the shadow of the atomic bombs. A comprehensive build report for the A5M4 with additional pics may be found here but the accompanying text is in Dutch. 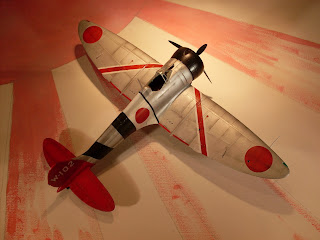 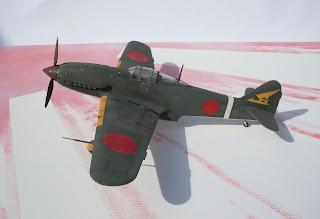 The 1/32nd Ki-61-II Kai model was converted from a Hasegawa Ki-61 Hien using the Alleycat Ki-100 canopy. Ulrich cut down the back of the Hien and filled it with scrap plastic/Evergreen stock and putty, enlarged the vertical stabilisor, sanded down the "hump"of the nose, enlarged the cowling with Evergreen and putty and scratchbuilt the air-intake. All markings except the number on the tail were applied with an airbrush or by hand. The weathered paint finish on this model is expertly rendered and very convincing. A build report with additional pics may be found here although the text is in Dutch. Remarkable work! 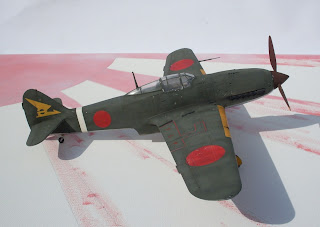 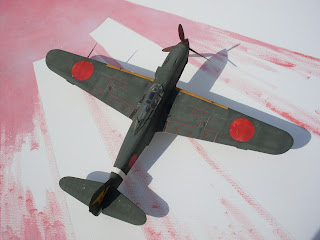 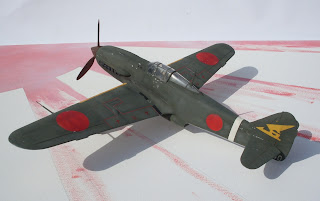 I hope to be able to share more of Ulrich's stunning work in future and thank him for the opportunity to share it here.

Very nice work, Ulrich. Thank you for sharing the photos with us.

Wonderful work and beautiful models. Thanks for sharing,
Dan

Those are gorgeous models.

Stunning scale models!
The II-Kai is probably my favourite Hien variant. It looks super slick and the model reflects this.