Regular correspondent and contributor Mark Smith has very kindly shared these images of a little known Japanese resin kit of the Mitsubishi Ki-46-II 'Dinah' in 1/48th scale made by "Lucky Sun". 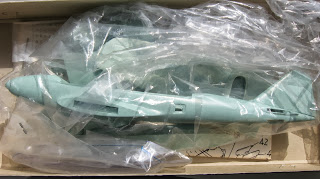 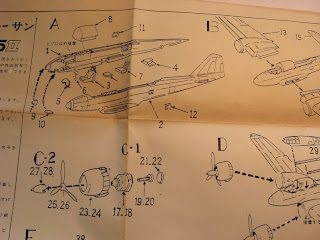 Mark writes that the kit, perhaps from the early 1990s or late 1980s is contained in a box that is no larger than the LS 1/72nd scale Ki-46 series and has an attached price tag of ¥6,800 (about £42 now). He reports that the engraving on the pale blue-green resin parts is extremely uneven and ‘soapy’ but looks better in the photos than it really is. And the lack of definition extends to the one piece vacform canopy. 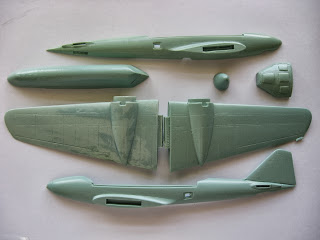 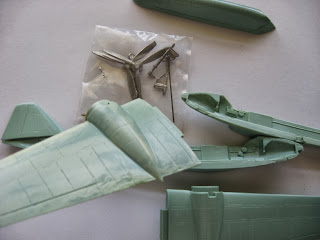 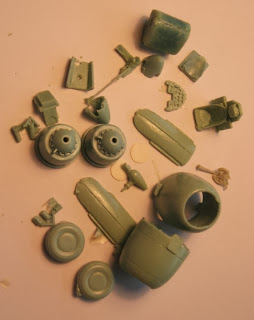 "Apparently the kit maker outlined the bottom sill of the canopy with a blue Sharpie, which would be alright if his hand hadn’t slipped well above the cut on one side of the windscreen.  One continuous canopy (like the LS and the Hasegawa Dinah kits) is included, along with its male mold, which gives the builder a shot at another if one owns a powerful vacform."

Tamiya has issued excellent kits of the Ki-46-III in both reconnaissance and air defence fighter versions but as far as I know there has never been a 1/48th scale mainstream kit of the Ki-46-II. 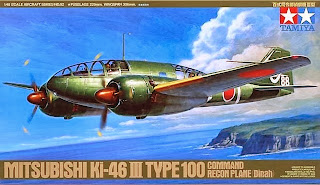 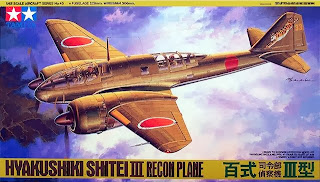 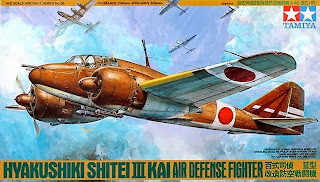 Thanks for sharing, Mark and Nick.

And thank you Ken for your regular acknowledgements of the blog posts here!