A Consideration of Colour and Monochrome Images 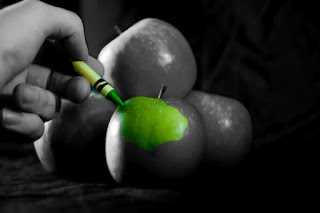 Some correspondence and discussion on a number of fronts  about "colour" in monochrome or greyscale photographs has prompted a consideration of the issues so ably catalogued by Dick Taylor in his 'Warpaint' book where he shows the monochrome and colour photographs of the same British tank in juxtaposition. In the monochrome image the tank name and squadron sign appear exactly similar in tone and anyone studying just that photograph alone might presume, reasonably enough, that they were painted in the same colour. However the colour photograph reveals that the name is painted yellow and the sign is painted red. Mr Taylor observes:-

"What is crucial is that we must always remember that the tone we see in Black and White photographs is dependent not only on the original colour(s) of the object, but also on the amount of light falling on any one particular area, so areas with tonal qualities (caused by shadows etc) can in fact be the same colour, or alternatively, the same tone can be produced by two different colours."

To that can be added that the type and direction of illumination and the type and angle of surface also has an effect. In paint the appearance of the colour surface is also dependent on the reflective wavelength of the constituent pigments which can and do vary. Therefore paint colours falling ostensibly within the same colour "family" can actually possess slightly different reflective properties due to the pigments incorporated and their particle size. And there is also a difference between film sensitivity to colours and that of the eye.  This is due to the fact that most panchromatic emulsions used are more sensitive to blue, violet and ultraviolet than to other colours so for example blues often appear paler in film than they do to the eye. 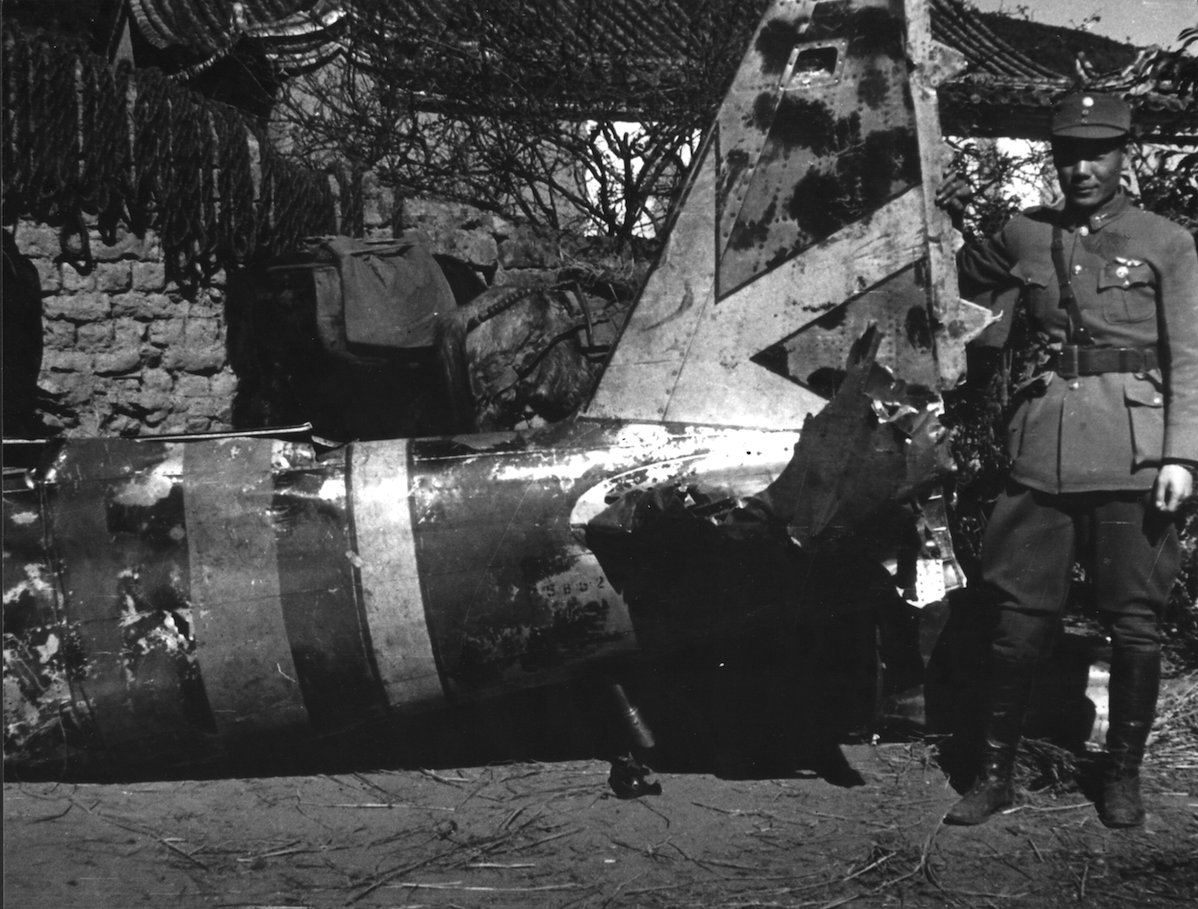 A 64th Sentai Ki-43 which appears to have two coloured fuselage bands in addition to a third band or senchi hiyoshiki ~ but what are their colours and is the tail arrow yellow or white?

But there is still more to it and even to the question of film type which some love to assert hard and fast rules about but which are more ambiguous and slippery once explored in detail. There is also the question of exposure of the film and the processing of the image, both in the darkroom and through the many stages of printing or publishing. The use of digital images on the internet  brings another inevitable wave of processing.  And it is useful to bear in mind that RGB rendered greyscale usually has only 256 tones because each value will be the same, e.g. 96 96 96; whereas there are millions of possible combinations of RGB colour with each value being different. This means in effect that colours are "compartmentalised" down when converted to greyscale, hence Mr Taylor's red and yellow tank markings appearing to be the same tone and therefore the same colour. This digitisation of original photographs - or even prints - seems to be entirely unappreciated in speculative discussions about what colours the greyscale represents and where assumptions are made that each tone is relative in terms of contrast.

Any magnified digital colour photographic image will show individual pixels that make it impossible to determine a single colour except by averaging them - which is what the eye and brain do to variegated paint colour at distance. The result is an impression of colour rather than actual colour which might or might not be true to life. But any conclusion of precise colour is dependent on the fidelity of the digitised image to the original film emulsion and in turn the fidelity of that emulsion to the original paint colours having regard to illumination, surface and reflectivity. In terms of any conclusion the word tenuous doesn't even begin to cover it. 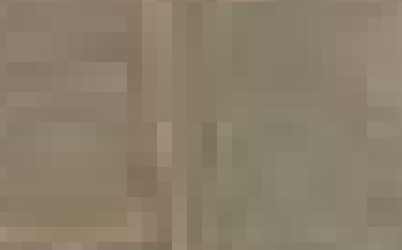 Enlarged digital image of a colour photograph of original IJN paint on an airframe artifact - which pixel is the correct colour?

Where tonal or reflectivity differences can be useful is for comparisons within the same image, although even then illuminant angle, surface angle and shadow will have an effect. But it is absolutely pointless to attempt to compare tones between one photograph and another taken at different locations and times. Converting colour chips or colour photos to greyscale and then inserting them in a monochrome photographic image to compare tones is also an inconclusive exercise because the diverse elements of  illuminant, exposure, etc., that  might be present in the photographic image are difficult if not impossible to reliably factor in. Any colour chip in greyscale can also be altered by different exposure settings to "match" the greyscale in a photographic image. It is again inconclusive to compare the constant of a measured, rendered paint chip to a variable represented by a paint surface recorded in a colour photographic image. At best it can convey a possibility or draw a speculative visual similarity or contrast. Nevertheless one sees this exercise being played out eagerly and continuously. Colour photographic images are still used to evidence hypotheses in ways that are disproportionate to their actual value.

This is another aspect that complicates the assessment of "colour" from greyscale. The terms diffuse and specular reflectivity won't be laboured in detail here as they can be easily explored elsewhere but an example will suffice. The British  Royal Aircraft Establishment (RAE) conducted a number of tests of reflectivity for wartime camouflage paints and published the results in 1947. Selecting just one fairly well known colour Azure Blue, used on the under surfaces of RAF aircraft in the Middle East, the measurements recorded were 29.5% diffuse reflectivity and 115% specular reflectivity at 30° to the surface (60° to normal). What this means is that dependent upon the condition of the paint strata (matt, shiny, wet, dry, polished, dusty, etc.) illumination, surface angle and camera angle Azure Blue might look very much  brighter and  lighter in greyscale than might be expected when contemplating an actual sample of the paint colour under other conditions. And because each colour behaves differently in reflectivity a transition can  occur where, for example, RAF Sky Blue which is notionally brighter and lighter than Azure Blue at 58% diffuse reflectivity drops behind it in specular reflectivity at 109%. Therefore it is feasible, notwithstanding the question of film exposure, for Sky Blue to appear darker than Azure Blue in some greyscale photographic images.

All this makes the interpretation of "colour" from monochrome images a  largely futile exercise with conclusions that can never be considered definitive. But there is a related aspect relevant to paint colour comparisons. Many comparisons are made with the adjacent colour strata viewed at an angle to the eye  (as with a book laid on a flat desk before a seated person) and under various uncontrolled forms of illumination. This will introduce inevitable margins of error however good the observer's colour acuity. A better method for a visual comparison is to ensure that the colour surfaces are perpendicular to the eye, at 90°, and illuminated constantly by North sky daylight at noon - not under direct sunlight. This can be achieved by the paint samples being held up perpendicular to the eyes with north sky daylight behind, as through a window or outside. Sometimes the results of doing that, when compared to previous comparisons made by angled observations under other forms of illumination, are surprising.

The other aspect of comparisons to be aware of are those that seek to cross reference hobby paint ranges. Rarely do those quantify or qualify the degree of proximity or difference between two paints. The methodology by which the comparison has been calculated is rarely revealed. In some cases paint manufacturer data is used where the 'closest' equivalent from one range to another does not mean that the paints actually match.

Film emulsion and digitised image pixels are not real paint. They ought to be the last consideration in attempting to assess real surface paint colour but remain incredibly seductive due to their immediacy and apparent reality. As in real life the eye and brain compensate to homogenise what we think we are seeing, influenced by derivative perceptions of what colours we ought to be seeing. Thus a Messerschmitt 110 nightfighter image whose pixels when analysed are actually a beautiful shade of lavender appear to the eye to be a persuasive RLM number. Superimposing a chip of the actual pixel colour on the image often produces disbelief, so strong is that eye to brain compensation.

A compound consideration of this is the presumption to identify paint surface colour as the colour standard which ought to apply. Thus one sees aircraft described as being "painted in FS 12345" rather than painted to match FS 12345. The inevitable variance between paint colour standards and actual applied paints, even before the vagaries of surface treatments and weathering come into play, should allow modellers and artists to relax a little. It is understanding the intended character or hue of the colour that is important rather than its precise shade. But even with the most pedantic approach to that elusive accuracy it is unlikely that two models of the same subject will be identical in colour and beauty truly lies in the eyes of the beholder, which is a rather fancy way of saying that everything published here in respect of precise colour analysis is relatively pointless! 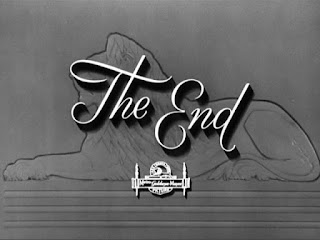 Not that I'm throwing out my Jo-Han Rufe, resplendent in its Pactra IJN violet.