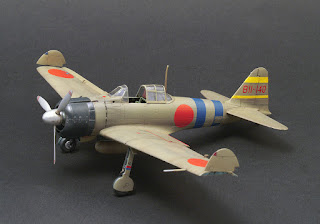 Another fine Zero model in the divine scale! This time an A6M2 built by Zbyszek Malicki from the finely moulded Fine Molds kit with just the addition of a little engine wiring and aftermarket decals from Aeromaster. 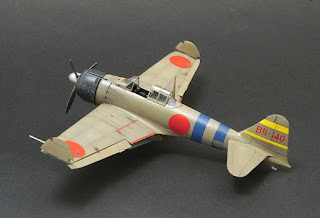 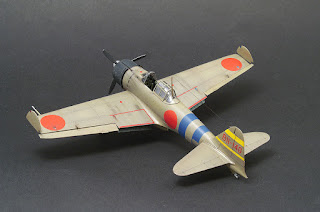 The model was painted with ACJ16 Mitsubishi Zero Grey-Green from the former White Ensign Colourcoats range which is now being marketed in the UK by Sovereign Hobbies (and also available in the USA via H&B Hobbies). 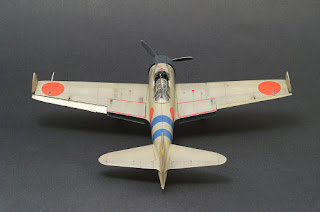 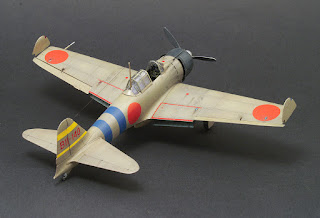 The model represents the A6M2 flown by Lt Sumio Nono, the leader of the 4th Fighter Combat Unit from the carrier Hiryu participating in the second wave Pearl Harbor attack. 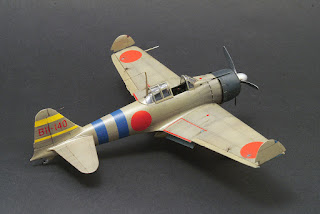 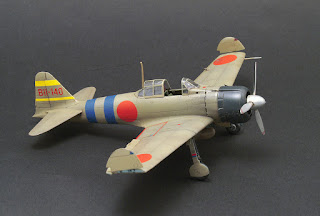 Lt Nono led nine Zeros as escort to 18 B5N2 'Kates' from the carrier Shokaku attacking Kaneohe Naval Air Station. After a single strafing pass of Kaneohe Lt Nono's Zeros flew on to strafe Bellows Field. There the Zeros shot down one P-40 as it was attempting to take off and a second which had managed to get into the air to engage the Zeros. 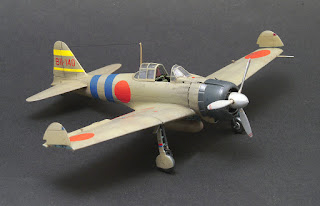 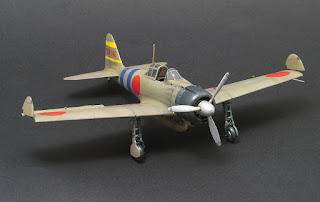 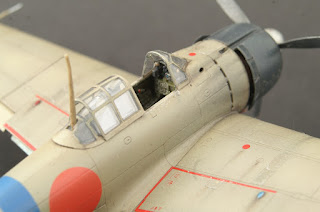 A great looking model. The Zero looks beautiful 'clean'...but is possibly even more intriguing with everything open and the wingtips folded as on this one - really a candid appearance and 'fine tolerances' between all these busy parts. Bill Leonard flew Koga's captured Zero quite a bit and when asked to describe it many years later said, "The Model 21 was one sweet machine" and still remembered the 'hand-built' quality and exquisite fit of the original parts of the airframe.

Outstanding, it's always a pleasure to see not only a 1/72nd scale A6M2, but a rendition made from the FM kit.

Well done! I like that it's not pre-shaded, post-shaded, etc. to death.