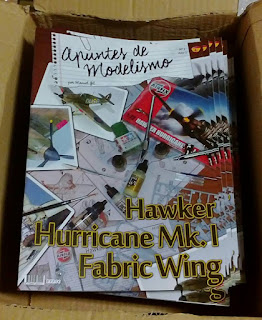 Correspondent Emilio has kindly made me aware of a new Spanish modelling magazine, available both in digital and printed format as Apuntes de Modelismo. The new magazine has been launched by expert modeller Manuel Gil and designer Antonio Ramil, both friends of Emilio and all members of the same modelling club - Centro Cultural Escala. As can be seen the first issue is focussed on the Hawker Hurricane Mk I with fabric wings. The magazine will cover all modelling subjects and not just aircraft but there will be more issues featuring aircraft subjects in the future. I very much like the idea of a magazine that features a particular type and combines modelling, factual history and a kitography. An English edition of the Issue 1 digital magazine is also available here. 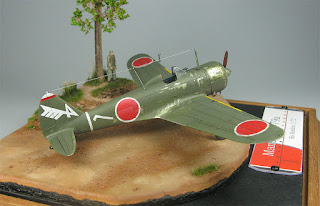 Manuel Gil has produced some superb models of Japanese aircraft subjects, including the Ki-79 (above) from the RS Models 1/72 kit and the excellent Ki-27 Ko (below) from the ICM 1/72 kit. Little gems, both of them - and of course in The One True Scale ;-) 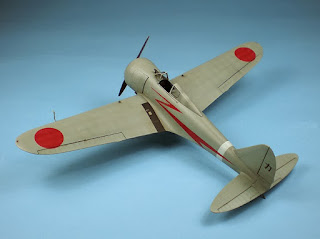 With special thanks to Emilio for the heads up and to Manuel Gil for permission to show the photos of his models here.

Thanks for posting Nick.

Thank you very much for making me aware of this magazine. I like the fact that it explores a single subject in depth, and not just an article on a single kit.

Thank you very much Nick. It is a very good reportage.
And thank you also for Emilio for sending the information.

I've followed the link, but cannot find a button to click on in order to buy it. Can someone help a dullard out?

I´ll tell Manuel, I don´t now what is the problem. Please wait a couple of days.

I can accede without problems. In the right part a button appears " buy now your book instantly ". It is necessary to pulsate rightly on the words " buy now "

Thank you, but they don't accept PayPal. :(

Hi Warren
Into this bookshop it admits payment with Paypal

Thanks for sharing, Emilio.