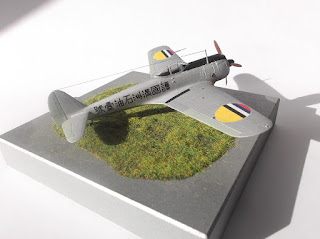 Following on from his 1/72 Hayate, modeller Sean has kindly shared these images of his Ki-43-II made out of the box from the classic Hasegawa 1/72 kit from 1982 and finished in Manchukuo (Manchuria) Army Air Group markings from a Blue Rider decal sheet. 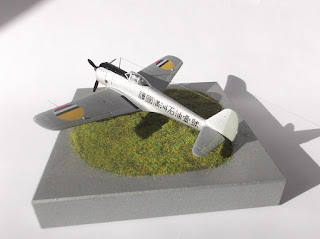 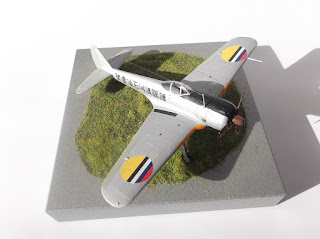 The Gokoku (Defence of the Fatherland) presentation marking on the fuselage of the aircraft identifies it as No. 1 donated by the Manchurian Petroleum Company (they donated two). Five Manchukuo Army Air Group Hayabusa have been identified in photographs taken by a Japanese Army photographer showing them in service at the Mukden Aviation School. 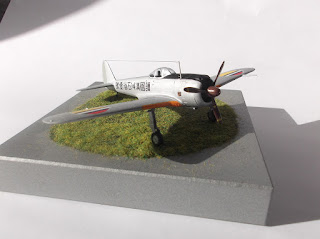 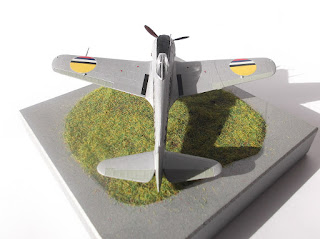 The Hayabusa were delivered and operated in the factory scheme of natural metal finish with anti-glare cowling panels, yellow IFF wing leading edge strips, dark brown props and grey green or aluminium doped ailerons, elevators and rudders - although a photograph exists showing a Manchukuoan Gokoku Hayabusa in flight sporting a rudder with five dark horizontal stripes like those worn by Nationalist Chinese aircraft. Sean used Humbrol metalcote for the aluminium and Mr Hobby acrylics for the other colours on the model. 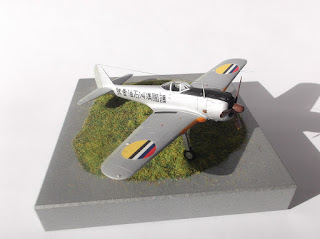 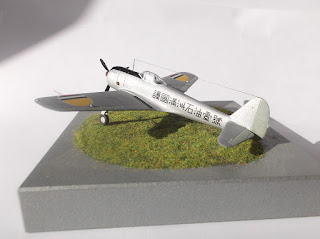 Manchurian roundels were applied only to the upper and lower surfaces of the wings and were based on the Manchurian flag, the colours of which symbolised five Confucian virtues, the five elements and the directions of centre, south, east, west and north, as well as the five main ethnicities of the country - yellow representing the Manchu, red the Japanese, blue the Han, white the Mongols and black the Koreans.  More on Manchurian air units in due course. 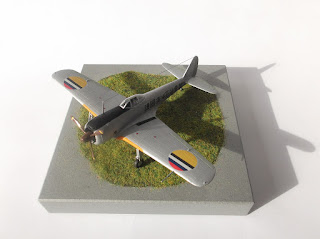 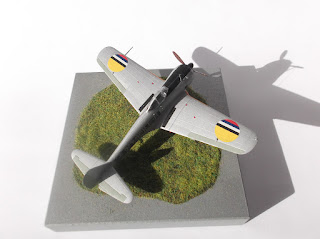 With special thanks to Sean for sharing these images with Aviation of Japan.

Sean - very nice work - I like your base- Richard

I really like your work Sean. Old kit? What old kit?