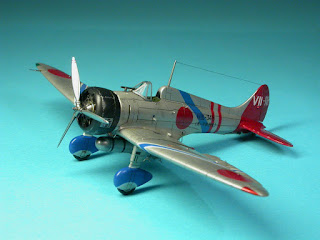 Jan Hajicek ("Dead Design") has very kindly shared these images of his Mitsubishi A5M4 'Claude' model which, believe it or not, was made from the Fujimi kit in 1/72 scale and represents a Type 96 fighter model 4, tail code VII-111 of Soryu Kokutai, Houkoku Go No.348 "Dai-2 Jo-kyo-in Go" (donated by Japanese teachers), Formosa. 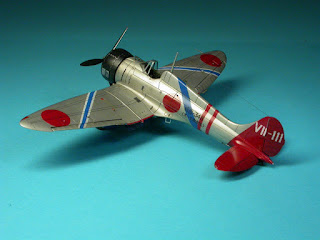 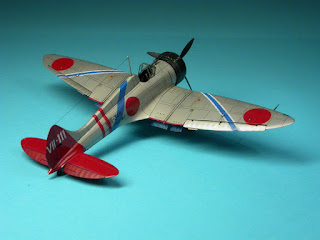 Jan started the kit in 1998 but found that it needed extra detail and the old Eduard photo-etch parts did not meet his requirements. He put the kit back into the box until he was able to master his own photo-etch design. 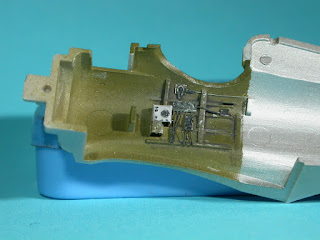 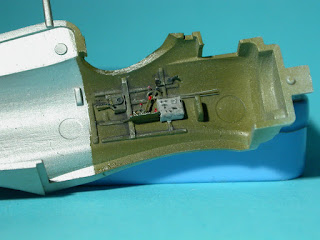 The kit was then brought out again in 2004 and completed with Jan's own photo-etch. The whole cockpit except the floor was constructed from photo-etch parts. 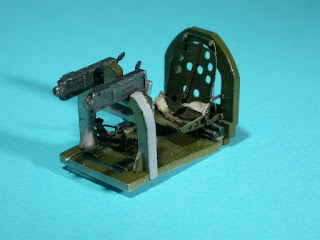 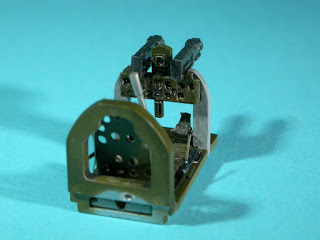 Jan enhanced the kit engine by adding a scratch built exhaust ring and some rods to the cylinder heads. The power distribution lines and the cowling support tube bracket were from photo-etch. 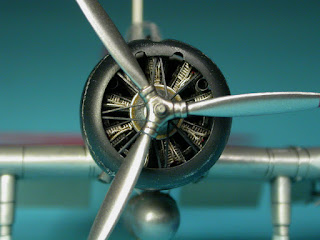 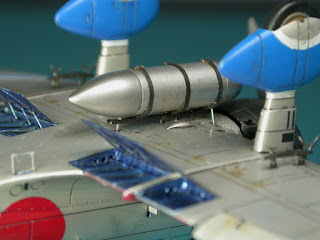 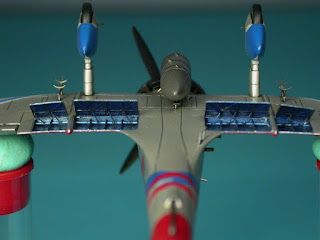 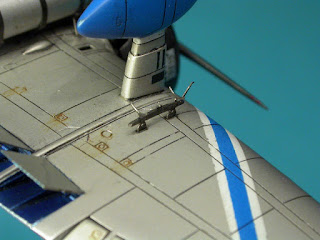 All the control surfaces were cut out and repositioned. Jan also added more depth to them by scraping away the area between the ribs. The Fujimi kit features too many panel lines and a careful study of design drawings revealed that some of the panels on the outer part of the wing leading edge were in fact rivet lines. Jan says that he wasn't skilled at using a rivet tool at that time ("and I'm still not and highly doubt I will ever be") he just filled in the superfluous lines. The tail wheel strut was scratch built using thick aluminium foil and a hypodermic needle. 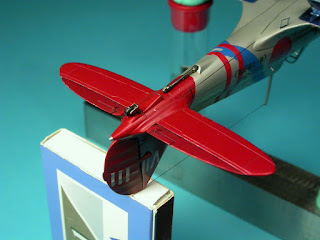 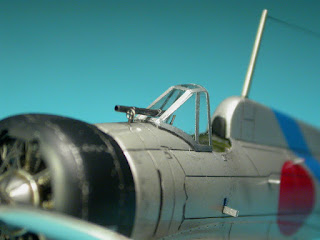 The kit supplied windscreen was too thick so Jan decided to make his own, vacuum moulding a replacement. The technique he used did not reproduce the framework so he again used duct tape, sprayed with MM Metallizer, cut into strips and applied to the windshield. 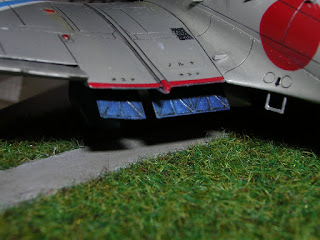 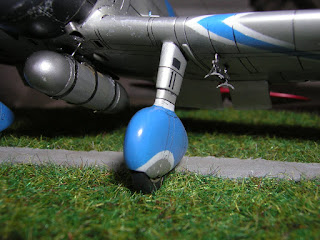 Jan deepened the panel lines on the model as he applies artist water colours. to simulate weathering The whole model was airbrushed with Mr. Color (GSI Creos) # 8 to simulate aluminum. 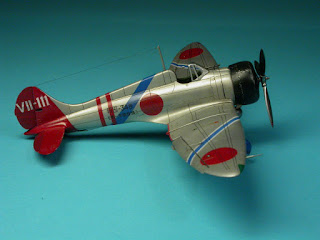 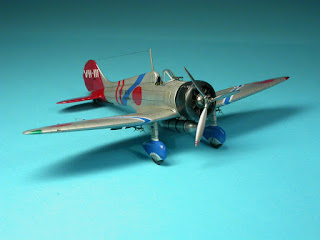 Jan had considered the myth of the Type 96 Kansen Model 4 being "golden" as reproduced in various colour profiles. In 1999 he posted a question at j-aircraft.com which revealed one possible explanation for the "golden" appearance. The natural metal construction was protected by the application of a phenol based clear varnish to withstand the corrosive effect of salt water. Therefore Jan added another layer to the model - a clear coat tinted with yellow-brown to represent the additional phenol based clear protective coat. Final weathering was applied with artistic chalks after close inspection of photos of the Model 4 variant. Chipping of the clear coating was evident in some photos so Jan decided to reproduce that too. 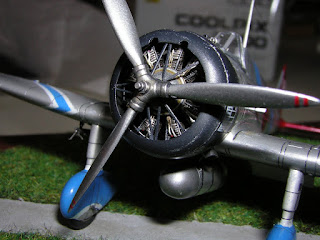 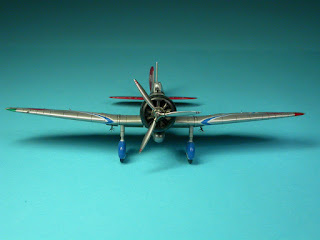 All the markings were airbrushed using Mr. Color paints and masks designed and plotted by Jan himself. The only decals used on this model are the manufacturer’s plate and the Houkoku presentation marking on the fuselage sides. That was also designed on a computer and laser printed by Jan. The overall result is magnificent, especially in 1/72 scale.

With special thanks to Jan for sharing these images of his wonderful model.

This is a piece of art....so beautiful and especially in 1/72. Also my favorite A5M4 markings, too. Well done!

Superb craftsmanship, Jan! Thank you so much for sharing this with us.

I am speechless! To say Jan's incredible build of the Fujimi A5M4 kit is magnificent is an understatement! Amazing! Thank you very much, Jan, for letting us all see your masterpiece.

This may be the best work I've seen among the many fine models shown on the blog. Fantastic! Thanks for sharing it, Jan and Nick!

Stunning work! Congratulations to Jan and thanks to Nick for sharing this. Beautiful as it is, when I look at my still-in-the-box A5Ms and see the REAL size of the kits Jan's work take a whole new dimension.

Are those photo etched parts going to be available for the less-gifted of us?

I always build kits to my satisfaction and if someone else likes them, I'm pleased even more.

@ Daniel Velásquez - If I find the original PC file I might be able to etch small series with some CZ producer for a fee.

Wow what a gorgeous model!